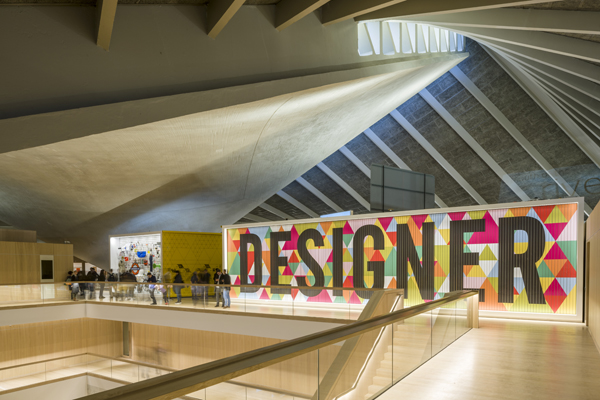 This year’s appointees, awarded by a panel of design leaders, are Alison Brooks, Morag Myerscough and Mike Rawlinson. The award is regarded as the highest honour a UK designer can receive and celebrates a substantial contribution for rethinking design for positive social, economic and environmental impact.

Alison Brooks was recognised for design excellence and innovation in urban regeneration and masterplanning, and public buildings for the arts, higher education and housing. She said “I look forward to contributing to the brilliant RSA programmes, exchanging knowledge and supporting their design education mission."

Mike Rawlinson said “Throughout my career I’ve believed in the idea and value of design in shaping and enriching our society for the better, in particular our public realm and transport systems, that have the potential to bind and connect us together.” Mike was awarded the title for his pioneering and influential work for legible cities and improving our understanding and experience of the built environment.

Morag Myerscough was appointed for her outstanding expertise in communication design and its application to exhibitions and installations in public spaces and said "it feels wonderful to be recognised by such an eminent group of people.”

Only 200 people at any time may hold the RDI title and prominent postholders include leading UK innovators Terence Conran, James Dyson and Thomas Heatherwick.

The three will be awarded the prestigious status Royal Designers for Industry (RDI) at a ceremony presented by RSA Chairman Vikki Heywood, on Thursday 30 November.

Andrew Mcmullan FRSA is the director of Mcmullan Studio, an architectural studio based in London