Hugo Drochon is an Assistant Professor in Political Theory at the University of Nottingham and the author of Nietzsche’s Great Politics (Princeton, 2016)

Not one but two viruses have been spreading during the pandemic: Covid-19 and conspiracy theories. You have probably been in contact with both: did the virus originate from a bat or a pangolin, or was it deliberately leaked from a Wuhan laboratory? Is the 5G network helping to spread it? Is mass vaccination a plot by Bill Gates to have microchips implanted into our brains? 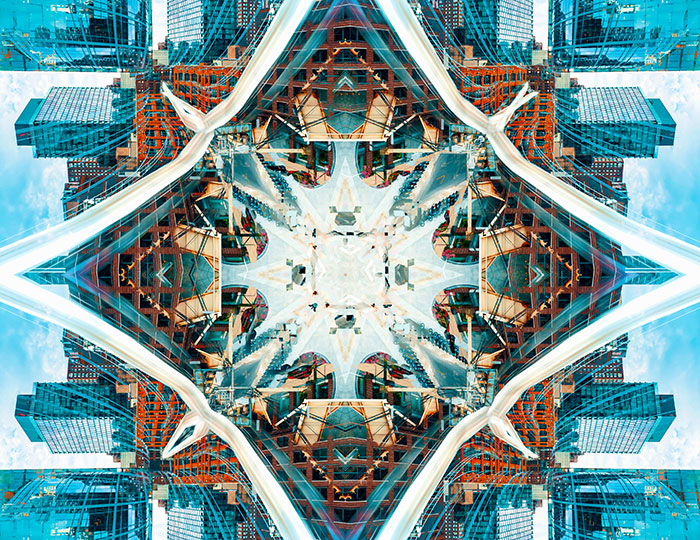 These kinds of belief rise in times of fear and uncertainty. When a new threat appears that is hard to explain, conspiracy theories fill the vacuum that rational and public discourse would normally occupy. The pandemic has been an ideal breeding ground. With everyone fearing for their lives and livelihoods, it is easy to become a bit paranoid. We have all been there, and the lockdowns have not helped. Feeling isolated only heightens the sense that people are out to get you, and to break that isolation we have all turned to social media, where conspiracy theories are rife, to keep in touch with family and friends.

Conspiracy theories claim that the best way to explain an event is that it is a secretive plot by a powerful and unknown group of people, most likely for nefarious ends. Conspiracies of course do exist but the difference between conspiracies and The Conspiracy Theory is that when we think of the latter, we think of a select secretive group who somehow through their machinations control everything that happens in the world, whether in politics, the economy or the environment.

Who believes conspiracy theories? A lot more people than you might think: since 2015 I have been conducting a number of surveys with YouGov, in part funded by the Leverhulme Trust and in collaboration with the University of Cambridge, and our research suggests that up to half the UK population hold at least one conspiracy belief. Donald Trump launched his political career with one conspiracy theory (Obama was not born in the US) and seems to have ended it with another (the election was stolen). In the UK, we have David Icke, he who thinks that the Royal family are actually alien lizards. Hitler used the Protocols of the Elders of Zion, a forgery that claimed to give an account of Jewish leaders meeting in a Prague cemetery to plot world domination, to justify the Holocaust.

Belief in conspiracy theories is a way of making sense and giving meaning to your life. If things are not going your way then maybe it is because there are people blocking you. There is something empowering about thinking you understand the world and how it works and there is also a strong sense of community among people who believe in the same conspiracy theories.

Does any of this matter? What harm could it do that someone believes aliens have landed in Roswell? Probably not much, unless you think the US government is deliberately hiding the fact from you. The problem is that belief in conspiracy theories is linked to intolerance, disengagement from politics, the willingness to use violence and vaccine-hesitancy. You can see where this is going. With a colleague at Nottingham, Annemarie Walter, we are currently completing a study of Covid-19 conspiracy theories, drawn from the 2020 YouGov-Cambridge Globalism Project, which shows that people who believe in them are less likely to adhere to social distancing and hand-washing recommendations or to wear a mask, and are more likely to refuse to get tested or vaccinated. When the way out of the pandemic is through vaccination, the danger of anti-vax conspiracy theories is clear.

And all of this can also spill over into violence quite quickly. Witness the 5G phone masts set alight in this country, precisely when phone lines are so urgently needed for the emergency services. Although not directly linked to Covid-19, a number of those who participated in the storming of the US Capitol in January, spurred on by Donald Trump, were followers of QAnon, the internet conspiracy theory that holds that a number of Democratic politicians (Obama, Hillary Clinton) and Hollywood actors are part of a paedophilic sex-trafficking ring.

An inevitable part of democracy?

Does this apply to conspiracy theories? One should not underestimate the level of resources that can go into trying to counter conspiracy theories, whether it is the amount of time Obama spent releasing his birth certificate to prove he was an American, or the hours MI6 had to expend setting up a taskforce to examine whether Princess Diana was in fact secretly still alive and living on a desert island with Dodi Al-Fayed. Needless to say, both these theories tapped into underlying racism, and a classic conspiracy theory known as the ‘great replacement’, which sees cosmopolitan elites in league with immigrant minorities to replace the ‘indigenous’ population: a recurring theme among the alt-right.

The reasons conspiracy theories do not disappear is that they have a ‘self-sealing’ capacity: any new information brought forward that might challenge the view is immediately seen instead as further proof of it. Ever tried to convince someone a conspiracy theory they believe is not true? Did you get anywhere with that, or did your interlocutor respond ‘well you would say that, because you’re part of the plot too’?

But what happens when conspiracy theories come to dominate the public sphere as they have of late, thanks to social media? Or, even worse, when they have been spewed out by those ‘on high’, like Trump. Should we repress them? Not only would that prove to conspiracy theorists that the (deep) state is, in reality, plotting against them, but in a liberal democracy repression cannot be the answer. To do so would be to move towards an authoritarian regime, and in authoritarian regimes (think Erdoğan in Turkey) conspiracy theories are official state propaganda.

Democracies need critical publics to keep leaders in check, and although conspiracy theorists are not open to refutation, they do play a role in that. As Christopher Hitchens once put it, conspiracy theories are the “exhaust fumes of democracy”. It is a somewhat obsolete remark given the ecological disaster we are facing, but otherwise he is right: you need the petrol of a critical public to keep the engine of democracy going, and conspiracy theorists are the toxic emissions that democracy emits. They are a necessary evil for a questioning citizenship to exist; the price to pay, if you will.

In the different conspiracy theories surveys we have conducted with YouGov, respondents who lived in countries that had better political participation rates and better socioeconomic integration tended to have lower levels of conspiracy beliefs than in others. For Europe, that means countries like Denmark and Sweden have lower levels of belief in conspiracy theories than, say, Portugal, which is one of the most economically unequal societies in Europe (the UK is somewhere in between). Our latest Covid-19 conspiracy theory survey has a welcome international dimension beyond the west, and there the findings are even starker: countries that do worse on democracy and development indexes, such as Nigeria and Turkey, have more than twice the level of conspiracy belief than Scandinavia. This suggests that if we want to reduce the power of conspiracy theories, better political, economic and social inclusion is the answer.

The vaccination rollout has been extraordinarily successful in the UK, and the early – and very real – fears about vaccination hesitancy have thankfully not been borne out, especially among ethnic minority groups, who tend to me more anti-vax. But the successful rollout seems less to do with trust in the government than fear of the virus itself, and the willingness to do almost anything to go back to a semblance of normal life. Yet what will happen when this original enthusiasm starts to die down? Will we return to pre-pandemic levels of vaccine hesitancy?

It seems the answer is to rebuild trust in democracy by better integrating people into the political, economic and social life of a country. To beat Covid-19 we have developed a vaccine, now we need to develop a vaccine against conspiracy theories. That vaccine will not go by the fancy title of AstraZeneca, BioNTech or Moderna, but by the older name of trust.