Financing of political parties can seem opaque and foment distrust, but effective legislation is hard to implement

Is it possible to identify a clear path for a form of political funding better suited to contemporary conceptions of democracy? According to Andrey Tomashevskiy, who conducted research on 45 parties in nine OECD countries between 1996 and 2013, parties which receive a greater percentage of their income from private donors tend to adopt more extreme positions on socio-cultural issues. Meanwhile, the current UK system of political funding is under fire for allowing big donors, who often hold populist, extremist views, to influence politics.

In a political climate marked by the advent of the ‘turned off’ voter, party funding is an often overlooked but key aspect of political life that has the potential to seriously distort the way the representative democratic system functions. Public trust in political parties and the political system is essential to a healthy democracy, but has been undermined by successive party funding scandals. According to the Electoral Reform Society, 75% of the UK public believe that big donors have too much influence on political parties. A 2019 OECD report, Financing Democracy, found that four out of five citizens around the world think that the system is not working in their interests and that a key reason for this is “the perception that when it comes to politics, money talks.” 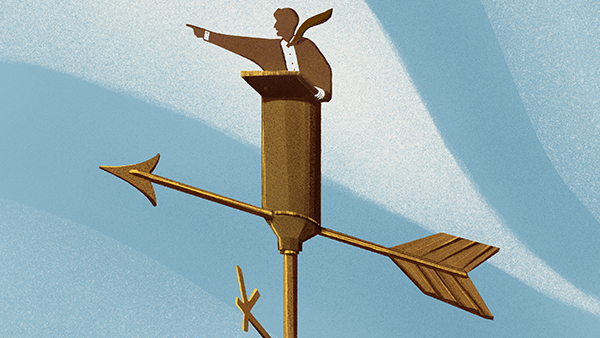 Identifying the sources of funding that parties benefit from gives us an idea of who may be in a position to influence party lines and help a party over the finishing line at elections. Being aware of how the money – and how much of it – is spent tells us about imbalances between parties and reveals dubious activities and areas that are as yet insufficiently regulated.

Even if there is a consensus around the need to clean up politics in order to restore public trust in political parties, there is no agreement on the way forward. As public funding of parties is minimal in the UK, parties are reluctant to let go of vital sources of income. Yet their standing in the public eye is seriously eroded by perceptions of corruption and wrongdoing created by these flows of money.

The UK was comparatively late in adopting a legislative framework to regulate parties’ funding and spending. Until 2001, British political parties were not required to disclose the identity of their donors, and campaign spending was not limited. Following a series of scandals that demonstrated the power of money to distort the political process – the most prominent of which was the 1994 ‘cash for questions’ affair, in which it was revealed that MPs had been paid to ask questions in parliament – Britain took the step of aligning with legislation already in force in other European countries in an attempt to ‘clean up’ politics. The recommendations of the Neill Committee then led to the passing of the Political Parties, Elections and Referendums Act 2000 and the creation of an impartial and independent Electoral Commission.

The new law had three specific aims: to ensure that political parties had sufficient funding to operate correctly; to rebalance public and private funding in order to limit the volume of donations originating from inappropriate sources (for example, individuals based in foreign countries); and to improve a wider range of parties’ chances of winning elections.

In order to achieve the first aim, opposition parties have benefited from receiving some state funding (called ‘Short Money’) in proportion to votes received. But as this is only available to those parties that have obtained either two seats or one seat and over 150,000 votes in a general election, the bulk of these funds go to Labour, the Scottish National Party and the Liberal Democrats. To better monitor where party donations are coming from, the law requires that parties declare the donations received each week during the period between the dissolution of parliament and polling day. And, in order to level the playing field, strict limits were imposed on local campaign finance for parties and candidates, with paid-for broadcast advertising by parties forbidden in favour of state-funded and strictly regulated party election broadcasts. The Electoral Commission sets out detailed guidelines for each election, establishing clear spending limits and deadlines, as well as defining what constitutes legitimate campaign spending. Any campaign expenditure over £250,000 must include an independent auditor’s report.

However, this system is incomplete for a number of reasons. First, the Commission lacks the means to enforce these rules, since the fines it can impose are not really dissuasive. Second, at the national level, some types of campaign spending, such as advertising in the press, on billboards, or on social media, remain completely uncontrolled. Online campaigning is a rising concern: a 2020 Electoral Reform Society report, Democracy in the Dark, refers to this as the “Wild West”, where vast amounts of money are spent on dubious activities, such as the creation of misleading websites and accounts seeking to misrepresent the positions of rival parties.

Another area of concern is that foreign actors are able to influence the UK democratic system by sponsoring politicians on overseas trips or offering them stock options and engaging them to lobby on their behalf; an example here is David Cameron’s alleged attempts to lobby government ministers on behalf of financial services company Greensill Capital. More generally, the current system of party funding does not prevent money of unknown provenance from entering the political system through opaque company donations. To contribute to a political party, politician or other political campaign, companies only need to be registered and “carrying on business” in the UK, a loophole that came to prominence during the 2016 EU referendum.

How does the UK compare?

Despite these regulations, big money is still very much a part of UK democracy. According to data collected by anti-corruption campaign network Transparency International, the UK is one of only six countries (along with Slovakia, Austria, Italy, Hungary and New Zealand) not to impose limits on donations. Although there are strict limits on what candidates and parties can spend, in the UK there are no ceilings on how much individuals and groups can contribute to candidates or parties.

Globally, the fifth annual report of the International Institute for Democracy and Electoral Assistance (IDEA), published in 2019, shows that political finance is handled in a wide variety of ways. The most suitable political finance regulations are determined by each country’s political system, level of economic development, and the degree of democratic maturity and stability. Yet the report identifies a number of global trends that may point to a convergence in party finance models. Since the early 1990s, there has been a movement toward increasing levels of regulation.

The current UK political funding system can be seen as a hybrid between the very restrictive French system and a much less regulated US system. While in the US companies and large private contributors can donate unlimited funds (via the super PACs, which pool and distribute campaign contributions), in France donations by private corporations have been prohibited since 1995 (business owners may make personal contributions). This has not, however, prevented scandals (such as the Bygmalion affair involving Nicolas Sarkozy’s 2012 presidential campaign).

One important trend is a global increase in the funding of political parties through public subsidies, with, according to the IDEA database, around two-thirds of countries providing direct public funding to parties. Public funding is viewed as a means to level the political playing field and reflects the perception of parties as essential pillars of democracy. Currently, total public funding of political parties in Britain only amounts to 22% of their annual income, well below the European average, which currently stands at 67% (Spain has the highest level, at 87%). Most party funding systems combine public and private funding (a mix recommended by the Council of Europe).

The downside, however, is that many European countries display a worrying trend of political parties becoming highly dependent on public money, raising concerns that by increasing the amounts of public subsidies available, the largest parties – those in a position to legislate on the matter – are in effect serving their own interests. There have thus been attempts to find a better balance. Germany, for instance, has worked to encourage party fundraising through a ‘matching grants’ mechanism where public subsidies can never be higher than the amount raised by the party itself.

One main difficulty in devising party finance regulations is that most broadly accepted democratic theories do not point unambiguously to any one model of party finance. There is therefore a need to find country-specific solutions that take into account the historical evolution of political party systems and different political cultures. Nevertheless, a few key principles may be identified. For example, there is a consensus across countries that measures to structure party finance should aim to improve participation, increase transparency and bring in more effective sanctions.

In the UK, there are calls to consider the benefits of providing better public funding to political parties to ease the financial burden on candidates. Finding the right balance is the tricky part as it is impossible to identify the perfect ratio for levels of public and private political funding. Public funding should provide for the basic needs of any party that has passed a certain threshold of public support so that it can perform its core functions of citizen participation and representation, the rest being made of resources raised elsewhere.

An integral dimension of party funding reform in the UK is acceptability by voters. According to research by the Electoral Reform Society, most voters agree that the current system allows politics to be bought by large donations and are supportive of measures that would seek to correct this. Ending the dominance of big money in UK politics could be achieved through caps on donations, lower national spending limits, closer monitoring to prevent foreign entities being able to influence parliamentarians, and exposing dark money in the political system. Paradoxically though, measures to increase transparency, although important in cleaning up politics, can have a negative effect on public trust, by drawing attention to wrongdoings. In any case, a reactive approach, which merely responds to scandals, is unlikely to restore public confidence in the political system.

Ideally, money should have nothing to do with politics and each citizen’s vote would have equal weight in elections. But in practice, in democratic regimes, parties need vast amounts of money to carry out activities that are essential to the representative system. Since money cannot be taken out of politics, it must be closely monitored and controlled.

It is possible to seek solutions to rebalance and correct the worst sources of inequity in terms of political influence, bringing more people into the democratic process so as to increase citizens’ feelings of political efficacy. But the persistence of economic inequalities is perhaps the single greatest problem of liberal democracies and the likely source of public disillusionment with political institutions.

Rebuilding confidence will not be achieved by just filling the gaps. Public trust will only develop if the increasingly unbearable persistence of vast inequalities in terms of wealth, power and access to politics, which feed a feeling of exclusion from democratic life, are addressed.