Nanjala Nyabola is a writer, political activist and analyst

The Facebook page was nondescript and barebones. Just one stock photograph and a series of videos emblazoned with the logo of the campaign: ‘The Real Raila’. The underlying assertion was that if Kenyans voted for Raila Odinga, the leader of the opposition, in the 2017 general election the country would be plunged into chaos. The short YouTube videos characterised him as a “dangerous, racist xenophobe”, according to UK-based charity Privacy International. This content soon went viral with weeks left to the highly contentious election, adding fuel to the already simmering flames of political unrest. Later, it emerged that the campaign was designed and rolled out by an American corporation, Harris Media, which also worked on the political campaign of Donald Trump. 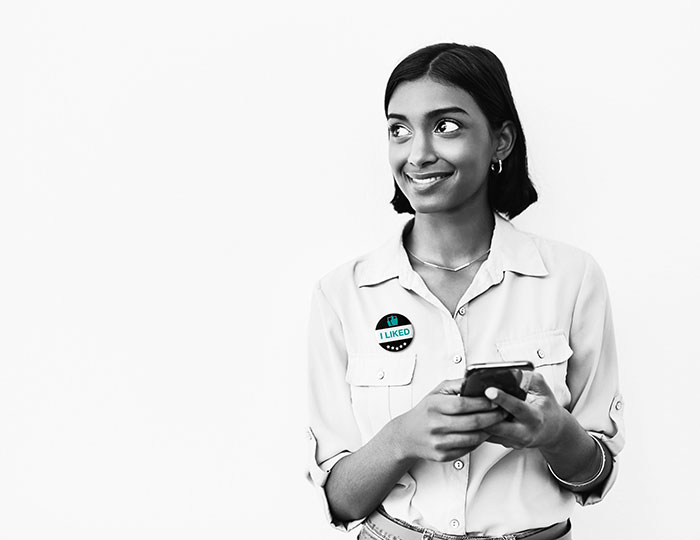 In 2021, the challenge of regulating political speech on social networking sites is one of the most important tasks ahead of us. Developing a robust framework to oversee who can say what, and on what platform, is particularly urgent as formerly domestic firms turn into multinational corporations with unprecedented reach. For years, many social media sites have argued that self-regulation is the best form of regulating speech on their platforms. But recent events in countries as disparate as Myanmar, Ethiopia, the UK and even the US have affirmed that relying on self-regulation is no longer feasible or desirable. Social networking sites have been quickly overwhelmed by highly paid, well-connected corporations like Harris Media building increasingly elaborate misinformation campaigns using the sites’ technology. In fraught political contexts, this can have dire outcomes.

At the heart of this challenge is the idea of political speech. Definitions vary, but fundamentally political speech is statements or expressions made about the behaviour of government or politics. Some speech is unambiguously political, for example speaking about an election or an elected leader. But some speech is harder to categorise, including discussing the personal life of a political figure or attempting to influence which matters dominate the public discourse.

On social media the dominant definition of political speech draws heavily from the US constitution, which is one of the few that has protection for political speech built into its core. The First Amendment, one of the most litigated elements of US law, has a long line of cases defining political speech and, given that many of the social networking sites with international reach are US companies, it follows that their position broadly aligns with it.

But the US definition is very narrow and hyper-contextual. For example, US law considers paying for an advert to be a protected form of political speech. This formulation is at odds with how much of the world sees political speech (as well as the role of money in electoral politics), particularly in countries that have a history of incitement to widespread violence. Germany, for example, has elaborate restrictions on expressing neo-Nazi sentiments, and in Rwanda speech that denies the 1994 genocide is strictly prohibited. Both of these are forms of political speech that would be treated very differently in the US, where owning or even waving a Nazi flag is legal. Indeed, more countries than not have significant restrictions on political speech, although often these restrictions are designed to consolidate power rather than to protect citizens.

The trouble with regulation

Authoritarian regimes often have the most rigorous laws concerning political speech, and they are generally designed to suppress criticism. Uganda’s 2011 Computer Misuse Act ostensibly protects against online misinformation but in practical terms is the main tool used to intimidate critics of the state operating online. For instance, in 2019 activist Stella Nyanzi was sentenced to 18 months in prison under this law, in part for a poem she posted on Facebook calling the president a pair of buttocks.

As this illustrates, there is not yet an ideal model for what regulation of political speech on social media could be. Social media companies are multinational in a way that large media houses are not, so how could such regulation cover the varying contexts of political speech around the world? In January 2021, when Facebook gave itself the power to take down offensive speech by political leaders, it not only removed Donald Trump from the site, but also numerous postings by Ugandan president Yoweri Museveni and his acolytes. Trump’s removal was rightly celebrated, but Museveni – who already controls traditional media in Uganda – retaliated by banning Facebook and thereby robbing his critics and human rights defenders of a crucial platform for their outreach.

Another important question is whether social networking sites would be willing to submit to some form of heightened regulation. So far, they prefer continued self-regulation even though everything from the past 10 years indicates that this creates more harm. Yet, as politics around the world becomes more polarised, social networking sites are increasingly becoming the main avenue for not only disseminating hate speech and promoting government propaganda, but also for critics of authoritarian regimes to make themselves heard. The challenge of crafting meaningful regulation of political speech remains.