While living and working in the US and latterly Japan, I was inspired and impressed by how the neuroscience fraternities in both countries perceived and subsequently extensively researched table tennis as an effective, drug-free and carer-inclusive therapy for dementia.

Sir Arthur Gilbert, an English ex-pat in Los Angeles, noticed that his wife – who had been diagnosed with Alzheimer’s – underwent an astonishing transformation in demeanour when they played table tennis socially. He commissioned a study by the Mayo Clinic, and it produced some very promising results.

In Tokyo, two professors, Teruaki Mori and Tomohiko Sato, picked up on these findings and carried out a major body of research, MRI scanning 350 Alzheimer’s patients before and after they played table tennis. They discovered that after just 15 minutes, five more portions of the brain had lit up, instigating the reduction of cognitive decline and substantial symptom delay.

In 2013, I founded the Bounce Alzheimer’s Therapy (BAT) Foundation and, utilising my background in design, set about creating specialist equipment that would markedly enhance the therapeutic effects of table tennis for players with dementia. 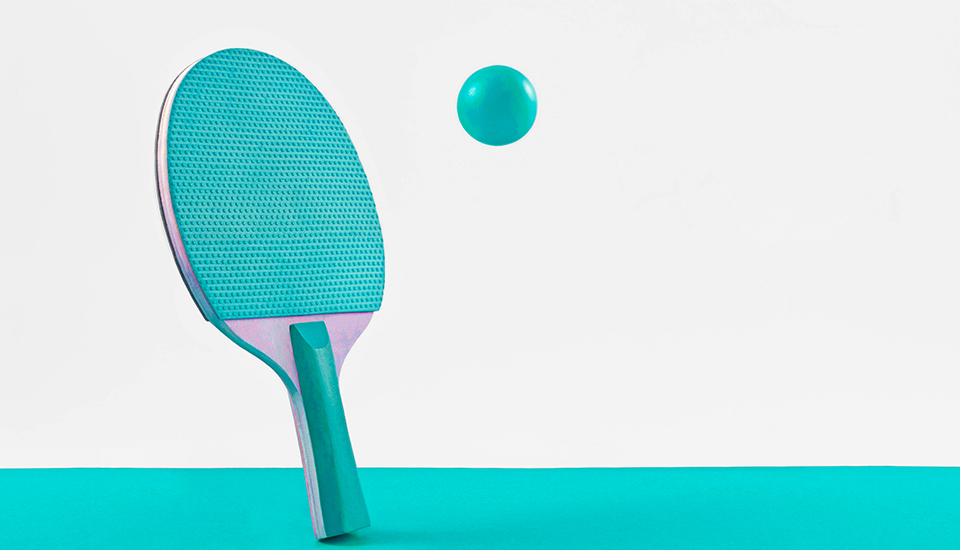 I approached the University of Stirling’s Dementia Services Development Centre and, with their input, developed the first design for my Table Tennis Therapy Table. The early onset symptoms of Alzheimer’s affect the visual cortex. For instance, colours of the same hue begin to meld and spatial awareness diminishes, as does peripheral vision. Among other measures, I extended the borders of the table to emphasise perspective and attached side panels to increase spatial awareness. I took the concept to Tamasu Butterfly, a leading table tennis equipment manufacturer, which agreed to fund the prototype. This was duly launched to great success, in collaboration with the Alzheimer’s Show, in 2015.

With input from RSA regional representatives, version 2 is now installed in hospitals, care homes and community centres across the UK, and a version 3 is to be unveiled at the 2022 Alzheimer’s Show.

In addition, the BAT Foundation has been invited, in collaboration with Table Tennis England, Sport Birmingham and the International Table Tennis Federation, to play a role in the Birmingham 2022 Commonwealth Games. We are producing a series of bespoke dual-purpose multiple player tables that will be presented to each participating country under the banner ‘Bat & Chat’.

If you are interested in supporting this initiative, please email Ian.

• Focused enthusiasm can be very contagious. Do not hesitate to punch above your weight.

• Think beyond the immediate. Join the dots as potential ‘synchronicity’ stepping stones to the future.

• Treat your project as a brand and build it accordingly.

This article first appeared in the RSA Journal Issue 3 2021