Can people be encouraged to take the needs of their distant descendants as seriously as their own?

In 1898, Sir William Crookes was elected president of the British Association for the Advancement of Science. When he delivered his presidential address, it was not on physics or chemistry, but on the food crisis: “England and all civilised nations stand in deadly peril of not having enough to eat.” At the time, Britain imported guano and nitrites from South America for use as fertilisers, but stocks were declining, threatening the nation’s food crop. Sir William suggested instead producing ammonia by reacting atmospheric nitrogen with hydrogen sourced from water. Germany’s Fritz Haber and Carl Bosch responded to his call by building the first commercial ammonia plant in Oppau in 1913. They went on to produce large, marketable quantities of the product, making a steady profit. 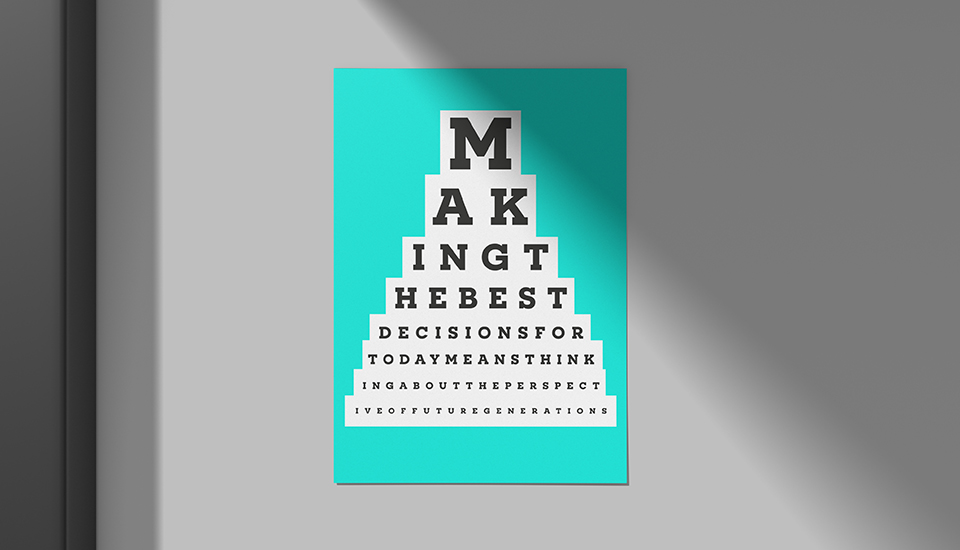 Norman Borlaug, who acquired a PhD in plant pathology and genetics from the University of Minnesota in 1942, moved to Mexico in 1944 to work on wheat breeding. There, he developed a wheat variety that considerably increased yield. India imported 12,000 tons of Mexican wheat in 1966 and Pakistan imported 42,000 tons in 1967, not for food, but as seed for cultivation to support people starving in the famine. The success of the new wheat variety would not have been possible without large amounts of fertiliser. In fact, the Haber–Bosch process was essential in the advance of the Green Revolution, otherwise known as the Third Agricultural Revolution, which took place from 1950 to the late 1960s.

Increased cereal production led to a decrease in hunger and an increase in population. By about 2015, approximately half of our food was grown using organic fertilisers, and half using chemical. And ever greater quantities of grain, which could also be used to support the population, have been diverted to livestock farming. Our quest for a better life has led us to use an increasing amount of energy, which in turn has accelerated the release of carbon dioxide into the atmosphere, altering the carbon cycle and contributing to climate change.

Haber and Bosch were – separately – awarded the Nobel Prize for Chemistry, while Borlaug was awarded the Nobel Peace Prize. They must have believed that their work, which supported increased food production and a better quality of living for many, was righteous. However, they did not consider the long-term social consequences of their innovations and how they might impact future generations.

The criterion for commercial success is marketability, and the Haber–Bosch process has been a tremendous commercial success. However, the market does not consider the needs of future generations, as they do not have money to spend in the present day, and so can be ignored in favour of those who do. But can a democracy based on liberty and equity, especially an indirect democracy based on elections, born from the ideas of the social contract of Hobbes, Locke and Rousseau, overcome the myopia of science and the market to escape the “struggle of all against all”? If political candidates propose new policies from the perspective of future generations, they will not win present-day elections.

Science, the market and democracy are the fundamental pillars of our society. But they are neglecting the needs of the people of the future. What can be done?

At a dinner following a seminar I gave, we discussed the problem of listening to future generations, who have no voice in present-day society but are directly affected by its actions. I wondered aloud about the possibility of creating imaginary future generations. Upon hearing this, Laura Stranlund told us that the Native American Iroquois used to do just that, making decisions on important matters as if they were seven generations ahead of their own time. This stimulated the idea of future design and of futurability.

Futurability is the basic concept of future design. When food is scarce, parents willingly reduce their own consumption to provide for their children. Is it possible to extend this idea to future generations? Although it is hard to perceive these as-yet-unborn people as relatives, they are also in fact direct family members of those of us alive today. A person exhibits futurability when she or he experiences an increase in happiness as a result of deciding to, and taking action to, forego current benefits to enrich future generations. Future design is for designing and implementing mechanisms to activate futurability within societies and within participants, thereby, for example, encouraging action on harmful alterations of various biogeochemical cycles, such as carbon and nitrogen.

Back in Japan, I decided to conduct an experiment to investigate whether decision-making based on a future perspective would change outcomes. A group of three participants (representing a generation) interacted for up to 10 minutes and were given a choice of A ($36) or B ($27). They were also asked to think about how they would divide the money. If this is all that they had to do, they would each choose A. Now, we added a condition. If they chose $36, the amount of money available for the next generation making the choice between A and B would be reduced by $9, whichever option they chose. However, if the first set of participants chose B, $27, the amounts available to the next generation would not be reduced. Even with these conditions, those who cared only about their own interests would choose A.

We then conducted another experiment with the same conditions, but with one change: we randomly selected one of the three participants to negotiate with the other two on behalf of the future generations. Let us call this participant an imaginary future person (IFP).

We continued with these experiments over the years, honing the scenarios each time. We began to make all participants IFPs and to introduce rounds of decision-making; under such circumstances, option B accounted for 85% of choices. And when we tried experiments with no IFPs, but said that the three participants must explain their decision-making to the next generation, option B also accounted for 85% of responses. Information disclosure was clearly a strong influence.

The results of the experiments have already been applied practically in Japan. In 2015, the Japanese Cabinet Office issued instructions to municipalities across the country to create a 2060 Future Plan. Yahaba, a town comprising 28,000 residents, was the first to do so; using future design, it developed a plan in six months. It divided citizens into two groups: one group was asked to consider the future from the present perspective, while the other group was asked to consider the present from the future perspective. To ensure that the latter group developed the correct mindset, they were asked to dress in traditional Japanese costume (Happi) for the Yahaba town festival (to prepare them for the act of doing something out of the ordinary), and then were asked to visualise being sent to the year 2060 via a time machine. They were given the task of planning current town policies from the perspective of those living in the year 2060.

Participants belonging to the present group replaced existing problems with future problems. For example, they emphasised a lack of nursing homes in 2060. Conversely, the future group demonstrated a far more original approach. Nansho Mountain – a local point of pride, as it is where author Kenji Miyazawa wrote his most famous novel – had been devastated by floods. The group proposed that it be converted into a nature park that could be enjoyed by both the people of Yahaba and wider Japan, rather than simply being fixed and returned to its original state.

After hearing the proposals of both groups, in 2018 the mayor declared Yahaba a future design town, and in 2019 he created the Future Strategy Office for designing policies from a future perspective. Along with residents, this developed a comprehensive future plan in 2020; 83% of the proposals in the plan originated from future designers. For instance, in rural towns in Japan facing a declining population, it is becoming harder to maintain water facilities, including pipes, without raising water rates – which is very unpopular. But the future designers realised that without tackling this problem they would not leave clean water for future generations. They proposed raising water rates, and residents agreed. They also proposed a plan for which pipes should be replaced first, taking into consideration natural disasters such as earthquakes.

The future of future design

Future design has been applied in municipalities across Japan, such as those of Uji City, Kyoto Prefecture, Matsumoto City, Suita City and Saijo City, among others. In addition, the Tosa Association of Corporate Executives is leading the implementation of future design in Kochi Prefecture, which faces the future problems of a shrinking population and the likelihood of a potentially devastating earthquake. There are initiatives for future design application in companies and for all residents in a town. The Tosa Association is using future design thinking to seriously consider the sustainability of the region, including issues related to water, energy and food.

Other corporate executives are also using future design, and it is helping them to make more wide-ranging and forward-thinking decisions. For example, if the leaders of a company look to the future, they envision a scenario where AI is more sophisticated and widely used. With future design, they instead start with the happiness of customers who use their products and services, as well as their employees, and make decisions that take these issues seriously.

There have been many events that could have been changed for the better had future design been considered. Think, for example, of the introduction of single-use plastic bags: convenient today but an environmental disaster in the long run. Future design is important and can activate futurability in societies as well as in the individuals who comprise those societies.

What about at the global level? At the T20 (the preparatory meeting for the G20) conducted in 2020, I proposed that world leaders should discuss issues that affect future generations as imaginary future presidents and prime ministers. This proposal was not adopted, but I will keep trying; I would like to one day be thought of as what Roman Krznaric calls a “good ancestor”.

This article first appeared in the RSA Journal Issue 3 2021.