According to media reports the Prime Minister is tomorrow going to announce a major new regeneration initiative. This should be welcomed. Five years after the end of the New Deal for Communities it must be time to think again about concerted approaches to neighbourhood deprivation.

Recently published Gross Value Added (GVA) figures are a stark reminder of the economically polarisation of the UK. GVA in London is £21,293 per head, whereas in Wales it is £9,801 per head; it’s £21,230 in Berkshire but £8,950 in Northumbria. These disparities become even starker if we look at neighbourhoods. It was a recognition of the place dimension of inequality and disadvantage that led to development of area based initiatives (ABIs).

In recent times in the UK by far the most substantial ABIs were the Single Regeneration Budget (SRB) which ran from 1994 to 2000 and the New Deal for Communities (NDC) which ran in thirty nine neighbourhoods from 1998-2011. The social justice rationale for ABIs was captured by Tony Blair when he launched the NDC: ‘no one should be seriously disadvantaged by where they live’.

There is also an effectiveness argument for ABIs given the amount of money spent on mainstream programmes which have failed to tackle deep seated place-based disadvantage. Look hard at any highly deprived area and there will be multiple funding streams pouring in from central and local government as well as charities, foundations and business but without much evidence of sustained impact.

Assessing ABIs is hard with so many variables in play, including the makeup of the local population itself. The NDC evaluation was largely positive in relation to place based goals (worklessness, community, housing and environment) but less so for people-based criteria (crime, education, health). However a key consideration must be whether ABIs leave a legacy after the direct funding has run out.

New research by the RSA using data provided by Sheffield Hallam University’s Centre for Regional Economic and Social Research found that of the twenty five NDC areas for which we have strictly comparable information, sixteen have remained static or seen worsening deprivation while nine have improved. But of these nine it is clear that a broader gentrification process is at work with the top four improvers – Tower Hamlets, Lambeth, Haringey, and Newham - all being in London. Strip out London and NDC areas are twice as likely to have become significantly more deprived as less between 2004 and 2015.

Although lower deprivation is not the only indicator of progress, these figures could be grist to the mill of those who are sceptical of ABIs in general. Add in tight public spending and devolution and many wondered whether we would see another major national ABI any time soon. But now that seems set to change.

Let’s hope the Prime Minister intends to be bold. Whether it is the long term success of the Kop Van Zuid area of Rotterdam, the innovative social urbanism which transformed Medellin from the murder capital of the world, or the focussed impact of the Harlem Children’s Zone, it is clear that concerted local investment and action can make a difference to deprived communities and the places they live.

So the big question – one which the RSA has been exploring - is ‘what might a new model of ABI look like’. Austerity and devolution are not the only factors that have changed since the creation of the NDC. Social media and big data enable new forms of engagement and intervention while social investment could provide a new, more dynamic, funding model.

What might be the ingredients of an innovative ABI for the second decade of the 21st century. First, it is essential that a new initiative builds on the Government’s willingness to share power and budgets with city regions and other combined authorities. A new model of ABI must be sensitive to variations between places and the need for community engagement and participation geared to local models of change.

Second, we need to explore ways of leveraging all the public money going in to deprived areas, not just an earmarked regeneration pot. Could the combination of better data and the Treasury’s enthusiasm for devolution enable some form of whole neighbourhood Social Impact Bond whereby savings on projected public expenditure create a positive spiral by flowing back to communities themselves?

Third, and it looks like the Government gets this, we need to combine hard regeneration (houses and infrastructure) with soft (public service innovation and community capacity building) partly because it is the former that will entice the private sector to provide long term investment.

We won’t find out until David Cameron’s speech tomorrow whether he is planning a full scale national regeneration scheme or merely a fund to remove some dilapidated social housing with the expansion of existing programmes like the troubled families initiative. If so the PM may find, as other have before him, that poor communities are more attached to their ‘grim’ buildings than he imagines, especially if they don’t fully trust the alternatives they are being offered. Don’t forget, this Government has up to now looked intent upon effectively abolishing genuine social housing.

In conversations about ABIs and regeneration the old hands are tempted to point out what has been tried (and often found wanting) in the past, but we must be willing to learn from success and failure. Tony Blair was right: geography should not be fate. The case for ABIs is as strong as ever, the tools at our disposal now are sharper and with central Government and city regions working together maybe this time we can get it right. 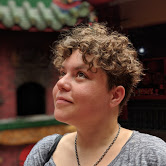