Five insights into economic insecurity in the UK

Economic insecurity is the theme of my 2019 annual lecture as chief executive of the RSA.

You can read the full speech here. To accompany it, we partnered with Populus to poll 2,000 UK citizens on their economic hopes and fears.

The results are a fascinating insight into insecurity in the UK.

1. Economic insecurity is more widespread than many think

But this masks some significant differences; men on the whole are more positive about their immediate prospects, as are the youngest and oldest groups. People at the age where they’re most likely to be raising young children appear least confident.

2. Even over 65s have their own economic fears

While 62 percent of over 65s are confident of maintaining a decent standard of living in 12 months, only 29 percent are confident of doing so in a decade (compared to 54 percent of 18-24 year olds, and 41 percent of 25-35 year olds). Whether this youthful Panglossian attitude is misplaced or not – I’ll talk in my speech of the risk of ‘optimism bias’ we face when assessing our own outlook – the fall of confidence in older people is striking. It would be helpful to see if there is any more evidence on this finding – if older people fear losing the triple lock in future years, for instance, or fear the looming costs of social care.

3. The state’s decisions are seen as most likely to create this insecurity, while few think it’s there to help them

In total 42 percent think that policy decisions made by the state are primarily to blame for economic insecurity in the UK. 23 percent blame individuals for their own situation, while 17 percent cite business decisions such as zero-hour contracts and other changes to employment practices.

But few think the state is there to help them: 62 percent agree that “people like me get little or no help from the state”, despite a majority wanting a more active role for the state in their lives. And 54 percent think inequality will get worse without more government action.

In short, we can find little evidence of a yearning for a smaller state less involved in people’s lives.

4. Workers have never had it so bad

On the flip side, 69 percent think employers should have a commitment to their workforce and the places they’re based in.

Contrast this with Germany’s Mittelstand tier of SMEs with strong productivity underpinned by a social contract emphasising worker protection. As I argue in my speech, we need much more devolution to regions to work with local business so that changes in employment practice can be linked with higher productivity. Less Amazon, more Rhineland.

5. Brexit will dominate the election, but…

…. It’s not the only issue. Most age groups put Brexit at the top of the list of issues most likely to affect their vote, with health and social care not far behind.

But 57 percent say that inequality across society will likely or very likely affect their vote, and 54 percent say the same about their finances.

Policy is part of the solution – but it won’t work on its own. We need to see changes in employment practice too, as well as a more sophisticated public account of ‘insecurity’ – a term we all recognise in an area of loss of personal and political control.

Watch the full speech, An Age of Insecurity.

Populus conducted an online sample of 2,000 GB 18+ adults. Fieldwork was conducted between 6 and 7 November 2019. Data is weighted to be representative of the population of Great Britain.

Targets for quotas and weights are taken from the National Readership Survey, a random probability F2F survey conducted annually with 34,000 adults. Populus is a founder member of the British Polling Council and abides by its rules.

Why the future of work needs 'impact entrepreneurs' 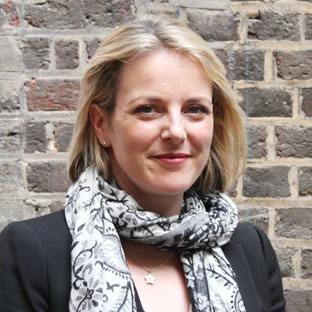 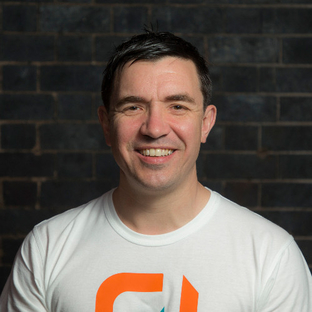 Rob Hartley, co-founder of Dinghy, describes the growing problem of economic insecurity and how industries need to respond.