A new system of creating value is starting to have a major impact on our economy, the way we produce, the way we consume and the relationship between the two. This system is often referred to as the sharing economy, involving a spectrum of activity based on maximising the potential of our underused human and physical resources, from our skills to our things.

Find out more about our work on the sharing economy

Sign up for RSA sharing economy news and updates

The sharing economy has become confusing in recent years as technology has enabled diverse business models to emerge under the system. Many find the growth of new online platforms to be disorienting. The movement began with locally-based, grassroots-funded initiatives such as tool libraries and timebanks, but now seems to be led by global, venture-backed corporations.

While the sharing economy is exceeding most expectations of its business potential, it is disappointing those who were more excited by its social promise. As platforms have scaled, they have found it increasingly difficult to sustain their initial social value.

Although governments are aware of mounting concerns that citizens have with these sharing platforms, they do not seem to fully grasp what is happening nor have they developed a coherent response to these concerns. Some have intervened to suspend the operations of platforms whereas others have allowed these companies free rein. Alas, neither approach serves the common good.

An improved understanding of these sharing platforms is needed to inspire a more thoughtful and appropriate response to their regulation.

The RSA’s primer on the sharing economy guides readers through the recent evolution of the sector, focusing in particular on the meteoric rise of some online platforms and what this means for us all. We clarify existing and emergent business models and present a new frame for making sense of the trend towards sharing platforms. In doing so, we hope to make the case for a new process of ‘shared regulation’ as the starting point for realising the sharing economy’s radically transformative potential for the common good. 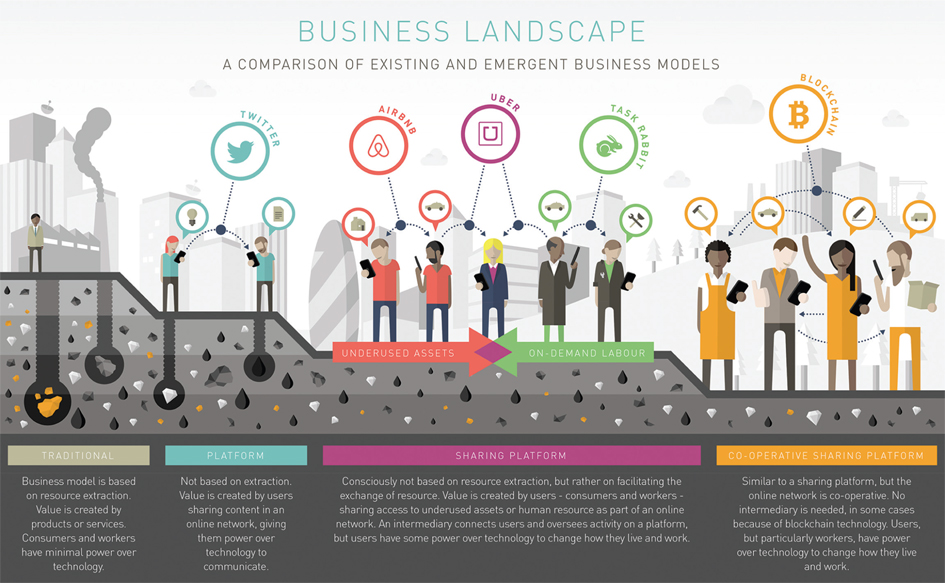 Get involved with our ongoing work on the sharing economy by signing up below: