Look in to my eyes: what attunement means for communication 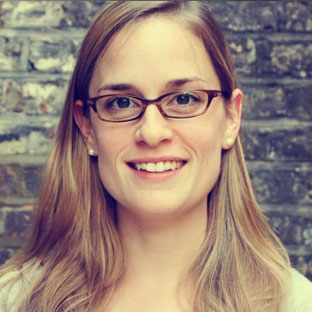 Have you ever had one of those conversations where you feel like the other person is looking straight through you with a vacant stare?  Not fun.  Or what about that feeling that you know you could acheive something better if you teamed up with someone else, but for some reason you just don't make the move to do so?

Last week's North of England Education Conference (NEEC2013), hosted by Sheffield Hallam University and the University of Sheffield, shed some light on the questions above.

The theme of this year’s conference was Mind, Brain, Community: Inspiring Learners, Strengthening Resilience; it was packed with interesting sessions and had several high-quality speakers.  Some who stood out as being particularly informative or inspiring were:  Zoe Brownlie , Isaac Prilleltensky, Steven Edwards, Kenneth Gergen, and  Lynda Ellis.  But rather than rehash specific session presentations, I’d like cover just a couple of the themes that emerged over the course of the conference: attunement and collaboration.

Look in to my eyes:

Imagine having a conversation with someone who does not reply, nor nod understandingly, nor maintain eye contact.  What does that feel like?  We tried this exercise in a session run by Zoe Brownlie and again in a keynote by Marlo Winstead, so I can say from personal experience that it doesn’t feel great.

The exercise was to demonstrate what is meant by the word ‘attunement’.  As mentioned briefly in a previous blog post, attunement is the interaction between people that shows a sense of connection and a degree of understanding.  It is the reciprocal communication (not necessarily verbal), the ‘sensitive dance’ of attention and gesture (often subconscious mimicry) that happens between two people when they are in tune with each other. The ‘still face exercise’ saw a whole auditorium full of people partner up, with one person a speaker and the other the listener.  For the first 2 minutes the speaker spoke, and the listener listened as they would normally do.  When prompted, the listener then had to maintain a still face – offering no real response to the speaker.   What fell out of this was:

Overall, it was fascinating to see first-hand how our physical body – and even another person’s body - does not just influence our articulation and comprehension, but is part of it. This drove home for me the fact that our cognition is both embodied and embedded in a larger system of ourselves and others.

Attunement is not simply undivided attention; it is both more and less than that.  It does not mean a parent giving in to every whim of a child.  But it is the understanding of needs, and a response to those needs which ultimately help the other to regulate their emotions and arousal.  It is bringing someone up when they need some stimulation, and bringing them down when they need calming.

Our physical body does not just influence our articulation and comprehension, but is part of it.

An understanding of attunement versus dissonance can be applied to innumerable areas in everyday life.  [We’ll restrict this focus on attunement to the domain of educational practice, but it is not difficult to see the relevance of the topic to everyday peer-to-peer social interactions or manager/subordinate or client /supplier relationships at work.]

From birth, parents or caregivers teach their babies attunement (or dissonance) naturally.  Where this is not done adequately, for whatever reason, the child may have trouble with self-regulation which may manifest in behavioural responses in, say, the classroom.  So in the school setting, both a teacher’s awareness of the role of attunement (between caregiver and child) and the teacher’s own ability to attune him or herself with the students become significant.   All of this suggests that a child’s interactions with others may have immediate effect on his (and their) articulation, comprehension, emotional self-regulation, and behaviour, and provides further support for the growing acceptance that school performance is not necessarily an indication of intelligence by a standard measure.

Keep your hands off my slice of pie:

Collaboration generally has a positive connotation; people seem to want it in their businesses, schools, and among their colleagues.  It usually improves outputs and energises participants.  The Report of the Academies Commission published earlier this month recommended greater intra- and inter-school collaboration, stating that “the evidence…suggests a more intensive drive to develop professional connections, collaborative activity and learning – both within and across schools – will generate fundamental change across the school system.”(p6)  The push to collaborate seems to be everywhere.

So why aren’t we doing more of it?

This question was not directly addressed at the conference, but the general sense that there should be more collaboration certainly was.  Some areas of the education system should be highlighted to help us understand what some of the barriers to doing so might be.

Firstly, assessment may be a barrier to collaboration.  How does one evaluate collaboration?  Should the assessment be done on the final output, or on the skills demonstrated by the students throughout the process?  Can a teacher give the whole class the same grade?

Next, for some, and this will depend on assessment and incentives, collaboration holds a tension between competition and cooperation.  If a student is evaluated and given an individual mark, rather than a mark for the group, or if teachers grade on a curve, then he might be compelled to both cooperate with his fellow students and also do a bit better than the others.  Something like “I’ll collaborate to an extent, but keep the juicy ideas to myself.”  On a school level, the rapid rate of recent academisation has provided many schools with increased autonomy.  But with autonomy comes responsibility to develop best-practice and maintain high standards.  Schools are being urged to collaborate and support each other, but the same tension present at the student level can also be found at the school level: why help the neighbouring school if it means that they will climb ahead of our school in the league tables?

Although not covered in the conference, some psychological barriers to collaboration have been covered in business literature.  Organisational psychology points to in-group favouritism and the fixed-pie effect as potential barriers.

People mistakenly think the size of the 'pie' is fixed, and fear collaboration to be relinquishing a slice of their share of the rewards to their collaborator

In-group favouritism is a natural tendency to treat members of your group (however you identify that to be) more favourably than those outside the group.  This has obvious evolutionary advantages, but is less helpful when it stymies inter-group cooperation.

And the fixed-pie effect is where people fail to recognize that by collaborating they can increase the potential rewards to be shared.  Instead, they mistakenly think the size of the pie is fixed, and fear collaboration to be relinquishing a slice of their share of the pie to their collaborator/competitor.

I’d be interested to hear your experiences of collaboration and thoughts on the answer to the question: what is holding us back from better collaboration? 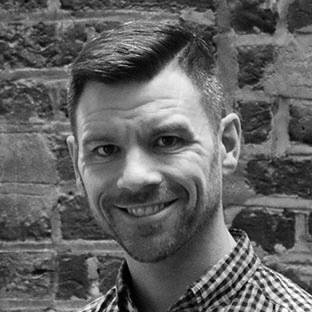