To listen to the party political duelling last week following the publication of the growth figures, you’d think the Westminster village was riven by fundamentally opposed positions on the economy.  In fact, the opposite is the case.  There may be differences of detail but on the big policy responses, something like a new 'Osballs' consensus has emerged.

Fiscal policy is supposedly the area of greatest disagreement but it is not at all clear that Labour would be doing anything radically different from the Coalition if they were in power.  George Osborne’s rolling target for the deficit means he has a high degree of flexibility built into his plan allowing him to respond to economic conditions.  In truth, should the economy continue to under-perform, he can  push his deficit targets indefinitely into the future and postpone the toughest cuts.

It is also widely overlooked that by targeting the structural deficit (the bit that can’t be eliminated by economic growth over any time frame), Osborne can actually allow the welfare budget to grow and tax revenues to fall when the economy hits a downturn.  This may mean the overall deficit looks bigger (at least for a time) but still leave Osborne on track to reduce the knottier bit of the shortfall.

And, of course, Osborne has now abandoned his debt target for 2015 and pushed that into the future as well.

It may be difficult for party zealots on both sides of the divide to hear but this is actually now a far more flexible approach than anything Alistair Darling had put in place.

In truth, Osborne was just as worried about the risks of ‘too far, too fast’ as Ed Balls when he drew up that 2010 Emergency Budget.

Labour want an added stimulus boost on top of this flexible approach to deficit reduction.  But those who think this means a Japanese style flood of money borrowed from the markets are likely to be disappointed.  The closest thing to a stimulus Labour has announced is its five point plan for jobs - of which the main proposal is a temporary cut in VAT.  It’s hardly F D Roosevelt.

More recently a lot of noise has been made over cuts to welfare but it’s very hard to see how if Labour was in power it wouldn’t also be cracking down on social security. Welfare (including pensions) make up over a third of government spending.  When you’ve ring-fenced education and health from cuts (and Labour have not said they would do different) which makes up another third, it’s almost impossible not to get heavy on welfare if you are serious about reducing the deficit.

On growth policy there is also broad consensus.  It may have taken a while but the Coalition now seems to have got behind an industrial strategy with Vince Cable (boosted by Michael Heseltine’s report) announcing the establishment of a state investment bank, continuing the Labour Government’s support for growth sectors, using the Technology Strategy Board to back new technologies, expanding apprenticeship and training schemes, and reviewing government procurement to focus on support for SMEs.  And George Osborne has made clear his desire to secure more investment for infrastructure projects .

Reading this recent speech by Chuka Umunna (the Shadow Business Secretary) outlining Labour’s industrial strategy, it is extremely hard to find any points of difference from Cable's agenda except on matters of detail and, of course, the usual opposition cry that they would do the same but better and (possibly) bigger.

On labour market policy there is something of a genuine difference. Labour favours a jobs guarantee approach and the Coalition is keener to let private sector companies discover the best route to get people into work under a payment by results scheme.  But both parties implicitly accept the need for major labour market interventions based on training, placements and other forms of support.  They both also support the notion of strong ‘conditionality’ whereby those who have been unemployed for a period of time are required to participate in a scheme or face loss of benefits.

One key area where there is complete consensus is on monetary policy.  Both parties seem to have a “let the Bank of England work its magic” stance.  They both accept that it is entirely up to the Bank to set the UK’s monetary policy.  If that means much looser policy – as the incoming Governor seems to favour – then they will acquiesce.

This points up a wider aspect of consensus – both parties fundamentally agree that fiscal policy must be tight to reduce the deficit while the challenge of short to medium term economic growth (resulting from austerity and wider conditions) is largely left to monetary policy to resolve.  This is really the core of both parties economic approach when all the more minor policy differences are stripped back.

Even on the European economy, current differences on a referendum aside, there is agreement: support bold Eurozone efforts to secure recovery but resist any attempt to draw the UK into such a process and certainly avoid any talk of joining the Euro.

Of course, there are big differences of tone overall.  Labour complains about the cut in the top tax rate, talks about the need for a living wage, and regularly references the ‘squeezed middle’.  The Party also never uses the word ‘austerity’ to describe its own approach even though it has admitted it would probably keep the majority or even all of the Coalition’s cuts and tax rises. But tone is not concrete policy and it has a habit of fading when parties get into Government.

For some, this may all sound very positive. Broad economic direction is agreed, public debate has settled on the best approach and investors can be sure that policy will not shift radically even if there is a change of Government.

But economic consensus in the UK has a poor historical record.

The post-war economic consensus ended in the disaster of the stagflation of the 1970s. The consensus of the New Labour period favouring an independent Bank of England, light touch regulation for the City, acquiescence over the trade deficit and public service improvement reached its high point with the Conservative's acceptance of Labour spending plans just a year before the Crash hit.

The problem with consensus is that it stifles and marginalises dissent. The post-war consensus felt very satisfied with itself in the 'never had it so good' era. Those who warned about the chronically uncompetitive nature of British business were largely ignored until it was too late. Equally those who raised questions about rising levels of debt or the unbalanced nature of the UK economy before the 2008 Crash were rubbished, at worst, or given a kindly pat on the head, at best.

Today, serious widespread discussion about fundamental aspects of this consensus is muted to the point of silence. There is no party debate on the long term impact of increasingly loose money policies from the Bank, none on whether major labour market interventions are the best use of funds at a time of slow growth, and very little now on whether industrial strategy can actually deliver the competitiveness it promises.

This is particularly worrying given so much of this consensus is driven not by considered, evidence-based analysis but by a 'something must be done' mentality that has gripped the media and policy-makers as the economy has under-performed.

So in the midst of this ‘Osballs’ consensus, the best strategy must be to ignore the Westminster rhetoric, look at the actual policies and, maybe most importantly, seek out the dissenters and give them a hearing. 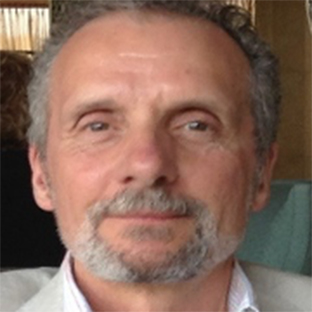