3D Printing and its Impact on Society 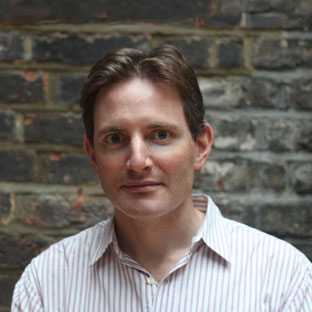 A few weeks ago I blogged about the social impact of mass ownership of drones.  Another area of technology that will be in homes and workplaces across the country in the not too distant future is 3D printers.  While the price used to be prohibitive, it is now dropping fast as their popularity rises.  I have a friend who bought a 3D printer for under a £1,000, though it can only print in white plastic, which is rather limiting once you get over the novelty.

3D printing is already in use widely for businesses and the RSA has been helping to set up hubs for designers, some of which will contain 3D printers.  Even ASDA has got in on the trend.

Home 3D printing will work in the following way: you need a collar for your dog, so you go online to one of the websites which has ready designed objects and choose a dog collar you like.  You personalise it, perhaps choosing the colour, putting your dog’s name on it and making it a bit larger because you’ve been overfeeding him.  Then you purchase the tailored design and it is downloaded to your printer on your kitchen table (via your computer) which immediately prints it out, ready to use.

Not all objects will be printable, there will be size limitations and complex objects like smart phones will be beyond home printers.  However, given that it is possible to already print in a huge variety of materials from glucose (i.e. sugar) to ceramic, including combining different materials in one object, the majority of everyday items will be printable.

What does mass 3D printer ownership mean for society?

While cheap 3D printers will bring huge changes in many areas, not least manufacturing, I’m focusing here on the relatively under discussed topic of the societal impact of mass 3D printer ownership.

3D printing hit the headlines last year with the printing of a working gun and will continue to make it increasingly difficult to stop the distribution of illegal objects.  It’s far easier to find and confiscate a physical object than a computer file.  When that file is finally turned into a physical object it only needs to happen immediately before it is used.  The game of cat-and-mouse between law enforcement and criminals will move further online.

It’s far easier to find and confiscate a physical object than a computer file.

Personal interaction will reduce, with fewer of those incidental chats and conversations that are so important in building strong communities.   I live in a town so when I go to my local high street I often bump into people I know. Using 3D printing I won’t be bumping into anyone.

Another implication is that it will take ‘mass personalisation’ to new levels.  This is where companies are able to personalise things for people without the huge cost of human intervention to do so, like the dog collar example above.  Indeed this will probably be the norm, turning us all into creatives, all able to personalise jewellery, watches, clothes, food, cutlery and so on before we buy.

This will put out of business organisations that don’t adapt to the world of mass personalisation, while also continuing the trend of the UK becoming a nation of small businesses as it reduces design and prototype costs, increases the ease of servicing customers and allows manufacturing to take place in a home office.

Personal interaction will reduce, with fewer of those incidental chats and conversations that are so important in building strong communities

Finally it will have a large positive effect on the environment.  Place of manufacture has become disassociated from place of consumption.  Planes, ships and trucks transport millions of goods around the world every day at huge environment cost.  If the two are brought together this would significantly reduce the environmental damage of goods transportation.

3D printing brings many benefits, along with some headline grabbing challenges.  What will probably fly under the radar, but is of significant concern and shared with mass drone ownership, is the gradual erosion of social interaction, accidental meetings and community cohesion.  One technological advance doesn’t cause a noticeable difference but a variety of them that are happening at the moment are adding up to significantly more atomised communities.  While Local Authorities already take steps to build community cohesion, they are fighting against the tide, and more needs to be done.

Universal 3D printer ownership won’t happen yet.  Few would put up with the white plastic spoons, cups, plates and other objects that are slowly taking over my friend’s house as he prints out what he needs, but it won’t be far off.

Oliver Reichardt is Director of Fellowship at the RSA, you can follow him @OliverReichardt

Inequality harms growth and it harms human creativity too – what ...

Anthony Painter maps out how to respond to inequality and its harmful effects as identified in a new OECD report and our New Digital Learning Age report.

Women and the future of work 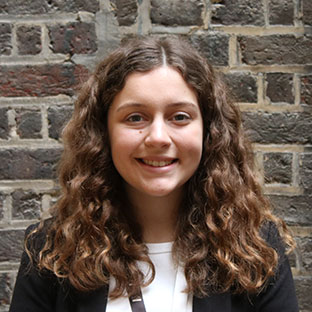 From AI to machine learning, algorithm to automation, dizzying advancements of technology are changing the nature of the workplace. Sarah Darrall asks what this means for women.

Tired of the same old clichés about the future of work? You're ...

The number of technological accomplishments grows by the day. But what do these developments mean for workers?