Why is creativity the most important political concept of the 21st Century?

There is no concept more politically important today than creativity. I’ll give four reasons why but first a definition.

‘Creative’ has narrow, broader and even broader connotations in English. It’s the last of these we should be most interested in.

The narrow meaning immediately leads one to think of activities directly associated with the arts.

The broader sense encompasses those activities associated with what Richard Florida calls the ‘creative class’. This includes the arts but also involves activities such as architecture, design, advertising, video game development etc.

Finally there is the broadest meaning which implies an act that is unique to an individual’s own capacities or vision. This includes actions which can range very widely from developing your own food recipes, setting up a charity to address a local problem, establishing a website to network a group with a shared interest, writing your own music, building your own house, writing a blog post and so on and so on. But the defining characteristics are the unique, pro-active and self-determined nature of the activity.

So how can such a broad notion be so important? Here are those four reasons.

1. Creativity is good for us: it’s the best use of freedom

I’m with the great economist Deirdre McCloskey who argues that people living in the advanced capitalist economies are the freest and happiest populations who ever lived. But that’s not to say we couldn’t be freer and happier.

Being as free as we are has got to be about more than the consumption and acquistion which so dominated western economies in the 1990s and 2000s. A deeper happiness (the well-being or fulfillment we hear a lot about these days) has got to come from using our freedom to be creators as well as consumers.

No less a thinker than the Grandpa of capitalist democracy, J.S. Mill felt the same way. It was his fervent hope that individuals would use their political and economic freedoms to combine their “individual vigour and manifold diversity” to deliver “originality.”

Mill understood that taking the great historical gift of freedom in order to remain passive, ineffectual and conventional was horribly wasteful. To achieve real fulfillment through free choice, we need to understand what it is that we as a unique individual can do to make the world a better and more interesting place.  Fortunately, we now have the resources to be creative in ways we could not have imagined even a decade ago; which brings me on to my next point.

2. Creativity is more economically important then ever: modern capitalism thrives on it

Creativity has always been the driving force of capitalism but for most of its history this creativity has been confined to a rather select group who had the access to the knowledge and resources to develop and deliver a product. The great mass of consumers were simply passive recipients who largely expressed their feelings about a product through price.

As I described in a paper I wrote last year, this is undergoing radical change. We are in the era of ‘self-generated value’ where consumers increasingly control the products and services they purchase to the extent that they actually become producers or co-producers themselves – a shift largely driven by the rise of the internet. I give a lot of examples in the paper and won’t reiterate them here but suffice it to say that the most successful internet firms – Google, YouTube, Twitter, Facebook – are those that provide platforms upon which tens of millions of people can share their own creations.

One massive consequence of this is that economic success will be driven as much by the creativity of all as the creativity of an elite. Competitive companies will be those that offer products intensively shaped by the unique ideas and perspectives of every single one of their customers.  Companies and wider economies that fail to grasp this new reality will ultimately be squeezed out of markets by those that do.

3. Creativity is necessary: it is the only solution to long-term austerity

Short of radically reducing life expectancy, there’s not much we can do to deal with austerity other than release a wave of innovation in our most fundamental public services. You can protest all you want about stretched social care budgets and winter health crises but with a rapidly ageing population increasing demand on services while paying in less tax there’s not a great deal that protest will achieve.

Far more beneficial, I think, to look to the highly creative innovators in public service delivery who are finding new, productive ways to deliver impact by breaking out of established institutions and mobilising the vast resource of volunteer support and service user creativity which the public sector does barely nothing to employ imaginatively. We need far more Charlie Alcocks, Alex Foxs, Lucy Macnabs and Ben Paynes if we are to really generate the levels of creativity needed to meet the challenges of austerity.

4. Creativity is under threat: it needs protecting

It’s such a warm, cuddly concept it seems odd that anyone can be against creativity but the truth is that unleashing the power of the masses to act on their own ideas is deeply troubling to all sorts of people.

Take the last point about public services. There is a very strong culture in the public sector that is deeply suspicious of the sort of freelance, disruptive creativity that is required to transform delivery.  Part of this results from an understandable fear of change which may well impact on jobs and working conditions but it is also the result of politicised trade unions that fail to engage constructively with any radical innovation as well as a management that is too imbued with the interests of their own institution rather than longer term impact.

Not that the Government always does its best to encourage creativity and challenge inertia in a meaningful fashion. Look, for example, at what is currently happening in English schools. A strengthening obsession with inspection, testing and a tightly constrained curriculum focused on traditional academic subjects is squeezing out the opportunity to nurture the creativity of students or allow teachers to innovate and experiment.

Even the part of our world where one would think mass creativity is most free to operate – the private sector – is actually still dominated by oligopolies unable or unwilling to adapt to a world where good ideas can come from anywhere. Some of our most important sectors – energy, banking, transport – are controlled by a handful of hidebound companies (heavily backed by the state) structurally unable to do things differently.

As I’ve mentioned before it is a striking statistic that half of the UK’s private sector turnover is generated by just 6,500 companies while the other half is generated by 4.8 million. Indeed some of the most radical, creative things happening in the private sector made possible by the internet face constant challenge from vested interests whether it’s alternative currencies being banned in China, Airbnb facing similar treatment in New York or supposedly beneficial regulation making life difficult for smaller, innovative banks.

Time to stand up for creativity

This notion that mass creativity is the driving force of our new(ish) century and an ideal that needs strenuous defence and promotion does not come out of nowhere. For the last few months staff, Fellows and trustees at the RSA have been thinking hard about what the RSA should stand for and what it should focus on in coming years. We still have a lot of wider deliberation to do but we are sure that unleashing the power to create will be at its heart.

It was not a hard idea to come by. A deep faith in the creativity of all has always been central to the RSA with its long history of giving  people the tools and incentives to innovate and create no matter what their background whether that be through offering financial support for innovations, establishing the first vocational qualifications or stimulating radical ideas from young designers.

Creativity is in the DNA of the RSA and we don’t think there has been a better time to stand up for what we believe in. The truth is the 21st century could be an unprecedented explosion of creative endeavour or, should we give in to the pressures of inertia and vested interests, it could be the century when we never fully escape austerity and the economic mistakes of the past.

So expect us all to be taking to the barricades yelling “Liberté! Fraternité! Egalité! Créativité!” from now on. Feel free to join us. 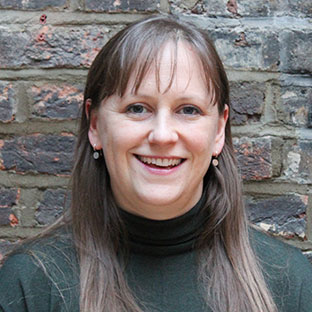 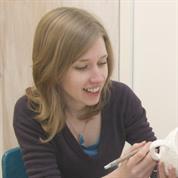 The creative industries are rising to the challenge of the crisis. Can we harness arts and culture to build bridges to the future? 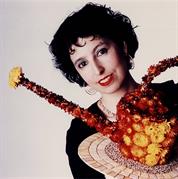