While we're on the subject of the blunders of Government (we weren't but let's pretend we were), what of the housing crisis? One of the lesser noted aspects of the last few years is a soaring housing benefit bill. This has been pretty striking feature of the last decade or so. In fairness to the current Government the rate of increase has slowed somewhat in the last four years. Yet, the increase is still £4billion per annum or so. This is despite the initiation of policies such as the benefits cap that were intended to reduce the outlay. What on earth is going on?

The FT has a bit of smart analysis this morning analysing one of the drivers. Government policy is driving people from the socially rented to the 'affordable rent' sector- ie to housing with higher rents(80% of market value). At the same time, social house building has been very low. One Government department, the DCLG, is increasing rents and cutting housing investment and another one, the DWP, is having to foot the bill. Right to Buy is reducing the stock further without simultaneous house-building. Housing Associations are building up surpluses but, as a glacial sector, they are failing to build at a sufficient rate.

This is a classic illustration of Government's incapability of acting on a whole system basis. The institutional impediments to sound policy are enormous. Different Government departments act with a different logic. HM Treasury reduces investment to cut the deficit in the short-term, DCLG follows through on that and also has its own policy agenda, and the DWP is swimming against the tide. At no point does anyone think of housing as a complex institutional environment and bring these obejctives together. The response to this will be limit overall Government spending on welfare - i.e. to once again treat the symptoms without confronting the root cause.

Sure, the housing benefit bill is impacted by the population growth and the labour market. Wages are stagnant despite lower unemployment and population continues to rise. The only offsetting factor could be to build more socially rented housing. But we haven't so now, as taxpayers, we are collectively footing the bill- and it's costly. Imagine if that additional £4billion was spent on house-building rather than sitting in bank accounts of (social and private) landlords? More jobs, more growth, fewer benefits, higher wages.

One of the advantages of having such a centralised system of Government is supposed to be the ability to act strategically and rationally in reducing collective costs. The evidence continually suggests this is simply not the case. In fact, we are victim to institutionally irrationality and inertia.

Housing policy is a disaster in the UK. It's a reflection of a failing state and a failure of leadership- over a long period of time. And you think institutions don't matter? 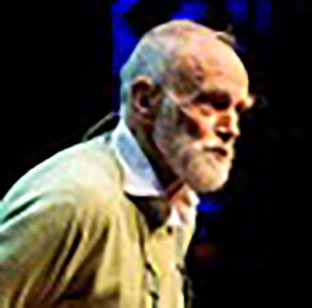 Peter Emerson FRSA on why binary ballot voting should be a thing of the past.