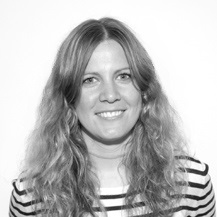 Tori Flower is Creative Director of Shift (formerly We Are What We Do), a behaviour change organisation that designs products for social change. She also set the RSA Student Design Awards 'Everyday Well-being' brief in 2013-14 and 'The Daily Diet' brief this year. In a series of seven short blogs aimed at student designers released each day this week, she shares her insights into how to approach designing for behaviour change.

A great place to start in designing a behaviour change intervention is to identify the Actor, Action and Outcome. This is an idea articulated in Steve Wendel’s brilliant book Designing for Behaviour Change. Other designers sometimes use different terms, or have similar but different starting points for designing, but I have found this approach very useful.

Outcome – This is what you are aiming to achieve and should link back to the social problem you are trying to tackle. It is the change in the world that needs to happen. Outcomes should be specific, unambiguous and easy to measure.

Avoid changes in states of mind as these are difficult to measure and not an end in itself. For example, a student recently came to me aiming to design an intervention in order to bring about “A reduction of sexism”. My advice was to change her desired Outcome to something like “Women and men paid equally by employees for equal work in 100 percent of cases” or “Reduction in number of sexual harassment cases reported by students at a university.” Sometimes adding parameters is also useful - for example a geographical area or a timespan.

Actor – This is the person who will perform the Action. It usually is the user of your intervention. We use the single word “Actor” but this really refers to a group of people. It might be a very large group – like “All drivers in the UK” – or much more specific, like “Year 10 boys at St Martins School”. You are going to need to do research to understand this group of people, so make sure you can get access to them in some way.

Action - This is the single thing that the Actor must do. When the Actor undertakes the Action it causes the Outcome. Your intervention should enable and encourage the Action.

For example, the Outcome might be "People stop smoking cigarettes", the Actor "Adults aged 18-40 in the UK" and the Action "Actors replace cigarettes with nicotine replacement therapy chewing gum".

Actions should be concrete and specific. They should be both small enough to be manageable for the Actor, and big enough to have a definite impact on the Outcome.

Avoid an action that just affects the Actor’s mental states:

e.g. Actor respects their grandparents more - not so good

The Action should have a direct effect on the Outcome

e.g. Action: Actor attends a seminar on reducing food waste - not so good, as this may or may not have an effect on the Outcome: Reduction in amount of food each house wastes.

e.g. Action: Actor use all leftovers from dinner for lunch the next day - better

There maybe several Actions that could lead to an Outcome

e.g. If the Outcome is “Actor loses weight”, the Action could be:

Generally selecting a single action is best, especially to begin with as it leads to more simple and effective interventions. When you are assessing which Action from your long list to pick, think about:

These are taken from existing interventions designed by Shift or other organisations working in behaviour change.

Applying this to your work

In my next blog

Tip 2 - I’ll explore how to generate a really clear understanding of what the Actor’s barriers are to undertaking the Action, and what might motivate them to undertake it.

>> Find out more about the RSA Student Design Awards

>> Find out more about Shift

Prasanna Kannan FRSA explores the evidence on factory farming and pathogens, and looks at how out lifestyles may change after the pandemic.