The importance of the Relational Teacher…

It seems like a very long time since the Coalition published The Importance of Teaching.

The seminal November 2010 white paper promised a new era of school policy based on the principle that “no education system can be better than the quality of its teachers”, and on a “vision of the teacher as our society’s most valuable asset.” In snappy bite-sized points, it set out the government’s strategy for freeing teachers from the constraints of a centrally defined curriculum, government directives and improvement initiatives, increasing their status and devolving more power to the front line.

As I say, that seems like a long time ago! Five years on, and it all seems so much more complicated.

Teachers feel side-lined. Perhaps they weren’t so important after all. The focus of school improvement is now all about structure, governance, leadership, and data, data, everywhere data. Where teachers are included in the narrative, it is usually in relation to shortages, strikes, or student behaviour.

Importantly, this is where the white paper really did make a sustained change to the nature of the debate about teaching in England. It talked about increasing teachers’ authority to discipline young people in and out of school, through enhanced powers of detention and exclusion. It even sanctioned the use of ‘reasonable force’, a statement set in stark relief alongside a commitment to encourage the Armed Forces into the profession via a ‘Troops to Teachers’ programme. The reader was left with the firm impression that classrooms throughout the land were full of riotous, unruly and disengaged youth, and that the way to improve their educational outcomes was through rigour, discipline and fear.

The trouble is, this narrative sits quite comfortably in our cultural milieu alongside Grange Hill and St Trinian’s. It feeds from the same characteristics that draw us to series’ like Chinese School, Educating Cardiff and - dare I say it - Benefits Street, and which also enable the Chief Inspector, like Churchill, to call for “battlers and bruisers” to fight our children on the beaches. The dominance and familiarity of this discourse makes it very difficult to challenge. This is a shame, because compelling new research suggests that a deficit-model view of the human relationship between teachers and students is a far less effective starting point for improving outcomes than one based on developmental ideas.

Led by RSA Fellow Rob Loe, The Relational Schools Project has spent the last two years working with schools to explore these issues, and has developed a robust database of evidence that clearly shows the vital importance of good relationships between teachers and the children they teach, in the achievement of great student outcomes.

This is, of course, something that all good teachers know instinctively. But by applying the Relational Proximity framework[1] developed by Relational Analytics to their analysis of classroom interactions, Rob and his team have been able to assess the quality of relationships in schools and, in many cases, correlate these directly to student outcomes.

The findings will warm the cockles of anyone who understands the true importance of teaching.

In comparing schools, the team found that those they classified as relatively ‘relational’ not only helped students achieve better academic outcomes, but also brought a wider range of additional benefits too. Critically, in schools with better relational qualities, students’ relationships with both their peers and their teachers improved as the young people progressed through the school, with a notable decline in bullying levels. These effects are even greater where a school is intentional about building relationships; levels of wellbeing are higher, bullying levels and absences are lower, and physical health is improved. In one case, a school - described as like a ‘family’ by students - was considered by social services as one of the best environments in the region for looked-after children.

This is crucial given the problems posed by Children’s Society in its recent report, which found that children in England are unhappier with their school experience than their peers in 11 other countries, and that they typically get more unhappy and less engaged as they get older.

Where the research shows that schools perform better when they feel like homes, it also suggests that teachers perform better when they understand how to build relationships like parents. So where a relational school stimulates strong, more connected peer group relationships, the relational teacher enables better academic performance and develops higher levels of wellbeing amongst their students. Where strong relationships are fostered between teachers and students, evidence suggests that poor or dysfunctional relationships in the home can be partially mitigated. Where they are poor or dysfunctional, evidence suggests they reinforce educational disadvantage.

Much of what Rob and his colleagues have found has been captured in a film, The Relational Teacher, launching in Cambridge on 17 September as part of the wider Relational Thinking International Conference. More details and a trailer are available here.

The film follows Rob as he works with staff at Samuel Ward Academy and Linton Village College in Cambridgeshire. Focusing in particular on teachers at Linton as they assess the impact of their relationships with the students they teach, we see them come to view their agency as professionals through a more developmental lens. The obvious point is that a teacher who understands the relational dynamics of the classroom is able to have a broad and complete understanding of each student as an individual. This in turn enables them to encourage their young charges to explore their own agency as member of the group, and their own relationship with the teacher and other staff.

It is clear throughout that this is something that most teachers came into the profession to do anyway, and is self-evidently a good thing! Arguably, the most difficult learning can only ever take place in a secure relationship, so the potential impact of this on children’s wellbeing, mental health and academic progress is huge. And because children take more than just a head full of revision into the exam hall - as RSA Education Associate Debra Kidd reminds us here in a recent powerful blog - the potential impact of belonging to a supportive and relational community on attainment is significant too. What’s shocking is how far we have allowed our focus to move from these basic premises.

If the Children’s Society report is a cry from our young people for help in developing better relationships and for a greater sense of belonging in their schools, then the Relational Teacher should be our response! The film is very powerful. Its focus on the importance of the quality of human interactions between a teacher and the young people in their care is a million miles from the dominant paradigm of discipline, punishment, and data-driven accountability. Moreover, the driving force behind the Relational Schools Project - to build a stronger, more connected, and more compassionate society by starting with relationships in schools - is both compelling and urgent. One can only hope that policymakers take note, and recognise the wisdom in this initiative in terms of improving schools, but also perhaps with respect to their own responsibilities to model positive relationships in their own political and public contexts.

[1] Relational Proximity® was developed by Relational Research, Cambridge, and is now licensed world-wide by Relational Analytics Ltd. It is defined as a measure of the distance in the relationship between two people or organisations, and which determines how well each engages with the thinking, emotions and behaviour of the other. It is defined in terms of the five main domains which underlie all relationships, whether inter-personal or inter-organisational: communication, time, knowledge, power and purpose.

What’s the role of teachers in youth-led social action?

The RSA’s Hannah Breeze and Young Citizens’ Ruth Le Breton on how teachers can support pupil-driven community and volunteer work. 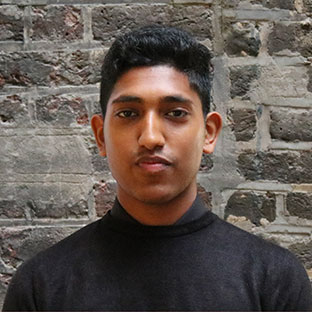 What we can learn from 8 schools with great arts education

The RSA spoke to arts-rich schools across England. Their stories show a range of creative solutions for achieving an arts focus.