We live in a world saturated with digital technology, smartphones and social media platforms. Like many people under the age of 25, I find it difficult for my everyday life to function without these innovations. With Ofcom’s 2015 Media Use report showing that 16-25 years old's are spending an average of 27 hours a week online or on the phone, and lab-research* finding increased cortisol-levels as a result of separation from mobile phones, I inquire how this is affecting our mental health and what our interaction with technology mean for delivery of health services.

Jen, who founded Big White Wall (BWW) a creative digital platform to help people with a range of psychological conditions from depression to low mood and anxiety, believes we need to think “radically” about our approach to supporting people with mental health conditions. This approach fits well with Jen, whose background in social enterprise marks her out as engaging more in “the art of the possible” than traditional service provision. She sets her vision for BWW beyond just treatments but as part of a technological evolution that will see our care increasingly administered and even prescribed by digital technology.

Indeed Jen believes that the one-size-fits-all approach of more traditional interventions misses the opportunities to tailor services to the individual, known in the sector as ‘personalisation’. To Jen, “data analytics is personalisation”. Unlike social media platforms, Big White Wall is staffed 24-hours a day by trained professionals, it was designated a High Impact Innovation by the NHS in 2013 and is now a flagship service for the new NHS app endorsement process. Big White Wall is driven increasingly by machine learning algorithms and has a dashboard that allows it to detect potentially triggering or damaging content posted by members  to which the professional online ‘Wall Guides’ respond. And for its online 1:1 therapy service, called LiveTherapy, it has seen recovery rates reach up to 12% above the national average achieved in equivalent NHS therapy services. So it’s working.

Her approach has been resilient to many changes in policy and shifts in societal attitudes. BWW consolidated itself as a part of the mainstream in mental health provision around the time of the Bridgend teenage suicides between 2007-2008 when the role of the internet was placed under intense scrutiny as ‘internet cults’ were seen to be a cause of the increased suicide rates amongst young people.

Jen remains unequivocal about the benefits of online digital approaches: “people with poor mental health were amongst the first to utilise the internet” she told me. Indeed, the internet is often a source of comfort when people feel most isolated, with the hours between midnight and 4am being when more people with higher depression test scores tend to use the service. Not only does it give users anonymity Jen explained, it gives them a safe environment in which to be open about their experiences, especially in before the successes of the Time To Talk campaign, where little other space was available to talk openly about mental health.

Indeed for Louise Knowles, head of counselling and psychological wellbeing at the University of Sheffield, the first university service to be accredited by the Royal College of Psychiatrists and the British Psychological Society, the benefits of digital approaches outweigh the negatives. “I really cannot see a time when any generation will want to spend their whole life and time engaging with digital platforms, I think it is a case of seeking a healthy balance.”

The University of Sheffield is one of many universities that offer Big White Wall as a service to students. Louise adds: “our strategy has been to promote BWW with the support of one our mental health professionals. This strategy seems to have had a positive impact on the number of students accessing the site and staying on the site for a significant period”. Sheffield are also looking at other ways to integrate with digital technology in their treatments and currently looking to develop a Massive Open Online Course (MOOC) on emotional resilience for students entering their first year.

I asked Louise if she believed platforms like Big White Wall should be embedded more into NHS commissioning, her answer was straightforward: “Without question, it is clearly an effective method for reaching a range of service uses in an effective way. Though we need to ensure what this whole area of development has robust clinical evidence, which commissioners could be guided by.”

While both Louise and Jen stress the need for digital platforms to work in tandem and not be a replacement for face to face services, this is highlights significant opportunities for the NHS to expand provision for young people and adolescents, where most mental health problems are manifested.

I put this to Psychotherapist Dr. Aaron Balick - blogger at Mindswork and author of ‘The Psychodynamics of Social Networking: connected up instantaneous culture and the self.’ Aaron sees digital as a tool that can increase access to treatment.  However he argues “tools are just tools, they can be used for good or bad, but they are not neutral.” He uses boys and young men as a good example of individuals who may be more likely to log-on than to show up in a clinician’s office.

However, the lack of interpersonal complexity and containment across digital technologies is a particular concern for Aaron, in particular with reference to mental health interventions. Further, while he accepts a role for technology in the field, particularly in the way it can increase access and add value to mental health interventions, he would want assurances that the interests of service users are put first: particularly when cheaper lower intensity technological solutions are on the table.

Jen  takes on a ‘What Works’ model of change, rather than lamenting the march of mechanising treatment, something that RSA Fellow Roger Taylor explores eloquently in a recent RSA Journal article. When thinking about treatment, whether it is care received by ourselves or a relative, Jen argues we must look to evidence to suggest what the best care is, and what is most appropriate. In sum, whether it’s helping with the cleaning, acting as befriender or providing palliative care, I shouldn’t be squeamish about a robot looking after my Nan.

Personally I like Sherry Turkle’s “I am not anti-technology, I am pro-conversation” stance as a useful guide to the limits of purely digital approaches. However, whether I am ready for it or not there is a step change approaching in the delivery of health services. From universities to NHS practices and platforms like Big White Wall they are leading the way in a bolder, new digitally-enhanced world 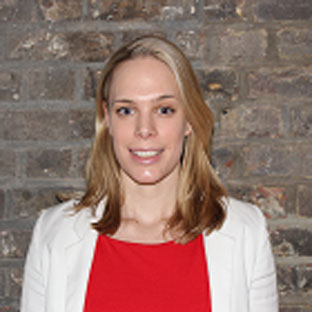 Blog: Closing the gap - we can stop those with poor mental health ...

The lack of attention paid to the physical health of mental health services users is having fatal consequences. 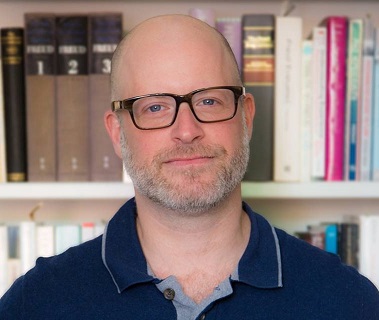 It is oft said, particularly by those of us who happen to be over about thirty-five, that social media is the scourge of our times. It is seen to be the cause of our self-centred and narcissistic culture and the chief instigat ...