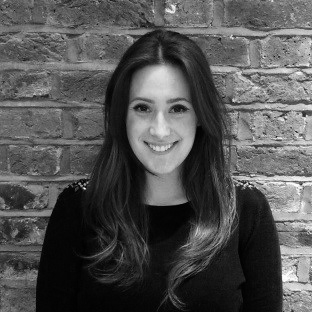 It's not embarrassing to say that working at the RSA provides a sense of feeling lucky, with access to an abundance of intellectual stimulation through colleagues, Fellows, events, research and, inspiring conversation

The RSA Makers Summit 2015 was a culmination of these things in all their glory. The speakers were a mixture of Fellows and non-Fellows, makers, entrepreneurs, designers and economists.

With a new industrial revolution upon us, an increasing desire for home-grown UK products and the emergence of open access ‘makerspaces’, the day aimed to question how much we actually know about this change in consumer demand. The RSA recently published a report 'Ours to Master: How makerspaces can help us master technology for a more human end', which you can download here. Senior Researcher, Benedict Dellot, in the Economy, Enterprise and Manufacturing team, also discusses the report findings here.

An example of Fellows who embody the heart of the day’s conversation are The Baddeley Brothers, fine Printers & Envelope Makers, whose collaboration lead to the creation of the Summit’s stylish agenda pack.

A day spent discussing the act of making, however, wouldn’t be complete without getting hands on with some of the products, tools and creations being discussed: Cue the transformation of the Benjamin Franklin room, by just a handful of the talented makers in this city, into a mini makerspace.

Based within a few square miles of each other the variety of the work and practice of the dozen makers featured on the day demonstrated that the ‘maker movement’ is not homogenous but greatly diverse. From robotics to CNC felting to analogue synthesisers, attendees were able to see, try out and discuss some of this work with its creators; and learn more about the themes that emerged throughout the day’s panel sessions:

Key features of the movement are its commitment to embracing new technology and its belief in the importance of access to these tools for everyone. Embodying this inclusive spirit Wevolver’s online platform enables the sharing of innovative open source technology projects, putting the maker (anyone who wants to get involved) in control and giving them the ability to put their ideas into action. The opening of access to software technology demonstrated the power of this open source approach for sparking creativity, innovation and development and now, Wevolver say, it’s hardware’s turn.

And the projects that the team brought along, including Project Ultrascope, demonstrated the far reaching potential of taking a community approach to design. An Open Space Agency initiative, Ultrascope is an open-source robot telescope - or ARO (Automated Robotic Observatory) - controlled by a smartphone. It empowers citizen scientists with a low cost and open source robotic telescope to assist the work of professional astronomers.

Makerspaces are not just sites to craft objects but also places to champion values and experiment with a different way of living. In this vein the RSA’s Great Recovery project, which investigates the role of design in transitioning to circular economy, demonstrated their partnership with maker space Fab Lab London which provides a physical hub for testing and developing circular economy products and services in the heart of the City.

Providing a comfy spot was the project’s ‘Survivor Sofa’, remanufactured from a piece of landfilled furniture it was used to challenge the attendees to think about the ways in which the maker movement can contribute to better use of resources, solving current design and waste challenges rather than adding to them.

Makerspaces can help people turn their ideas into marketable products and members of Makerversity represented these emerging maker businesses. From Naturebytes natural science kits to Bento Bio, the laptop sized biotech laboratory, these small companies contributed to the conversation about the potential impact of micro manufacturing on the UK economy, on enabling new enterprise and distribution models.

The curation of the event by colleagues Abi Stephenson and Ben Dellot ensured that the day was a complete success. There was an engaged and active audience inside and outside the room, leading to the Makers Summit trending on twitter.

Andrea Coens, industrial designer and Fab Lab London member, noted that the audience at this event set it apart from other discussions about making:

“I've seen a lot of optimism from people in this space but without being able to quite articulate how this technology in the hands of more people is going to positively impact the world. Here, however, the audience were curious while remaining cautious (a refreshing change from discourse ‘drunk’ on new technology) and generated a healthy debate about the potential applications of 3D printing, CNC machining, and other much hyped tools while noting the potential drawbacks and, of course, the infancy of the ideas we've seen to date.

The final discussion of the day, about the global impact of our resource consumption and the adoption of new technology, took the discussion into a new space. It's possible that through events like this, where people with differing perspectives are brought together in a dignified, respectful yet challenging manner, we can advance our own thinking: these are the discussions which will help make real, meaningful progress.”

It has been a pretty incredible few weeks here at the RSA,  in addition to The Makers Summit, the new Royal Designers for Industry were announced, the ‘Is there still hope on Climate’ event with Tim Flannery and Sir David Attenborough and our final RSA Engage event of the year.

If you want to be as inspired then take a look at our events for next year.

Why manufacturing has a key role in European cities and how it ...

Manufacturing has a key role to play in the future of European cities – but it needs greater support to ensure its security and success.