The power and pleasure of conversation 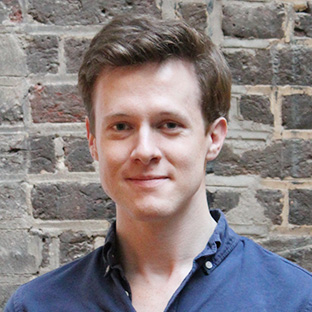 From the Athenian agora to the Viennese salon, public spaces and civic discourse are the foundations of participatory democracy. In Britain, the coffeehouse proved a vital venue for debate and social innovation during the Age of Enlightenment, and was the birthplace of the RSA. In today's globalised age, where the need for reasoned dialogue has never been more imperative, what can history teach us about cultivating better conversation?

Earlier this year, I received a curious invitation to attend a weekend philosophy 'salon' in the Swiss Alps, hosted by the Public Sphere. Situated in a handsome hotel overlooking frozen lakes, and a short walk from the house in which Nietzsche wrote 'Thus Spoke Zarathustra', the event sought to revive the tradition of conversational salons and proved an inspiring mix of ideas, fellowship and music. Most of all, it was a reminder of conversation's powerful potential.

Language is at the heart of being human, and it is through conversation that we grow, discover ideas, and shape both personal identity and public culture. Conversation is key to a good life, and a flourishing society.

For many of us, however, our daily conversations can all too often feel perfunctory and unsatisfying, simply serving as ritualised pieces of etiquette that actually leave us lonelier than before, and craving the connection that comes from sharing the more intimate and sincere parts of ourselves.

How can we escape from this? At its best, conversation is what the philosopher Michael Oakeshott called an "unrehearsed intellectual adventure", a unique meeting of private universes which can leave both partners subtly transformed. How then do we rediscover these exhilarating and joyful qualities of conversation?

The history of conversation offers an interesting lesson - that creative and sparkling conversations often grow out of surprisingly formalised and rule-based settings.

In Plato's famous Symposium, the dinner party conversation is structured around the question of love's nature and origin, with the Athenian guests taking turns to deliver orations on the subject. Claims and arguments are then subjected to the famous Socratic method of dialectic questioning, through which the conversation becomes “a search among friends...for the divine ideas of the true, the beautiful, and the good”.

In the 17th century salons of France, presided over by society patronesses such as Madame de Rambouillet, the literary gatherings fused the cerebral with the convivial, and sought to elevate the art of conversation. The renowned discussions, whilst far-reaching, were also stylized and choreographed, with careful steering by a moderator and firm rules of etiquette around manners (politesse), wit (esprit) and gallantry (galanterie).

More recently, the philosopher and social historian Theodore Zeldin, who has written on the history of conversation and salons, has sought to promote a new conversational renaissance. Through his organisation, the Muse Society, he hosts conversation dinners in which guests are paired with someone they have never met, and given a Conversation Menu of unusual and stimulating questions to explore. Having hosted a number of these dinners myself at university, I found the setting and questions allowed for uniquely candid and revelatory conversations, in which guests could learn as much about themselves as the other person.

The importance of conversation reaches beyond our personal lives, however. Public discourse and debate are essential for a healthy democracy, and it is through conversation that citizens decide on the sort of society they want to live in.

If citizens are to be able to meet for open discussions, however, there is a need for what the scholar Jürgen Habermas terms the 'public sphere' - social spaces that exist between the worlds of private property and government authority. These spaces grant access to all citizens, and allow discussions to be freed from coercion and hierarchy, thereby enabling the development of public opinion and political action. One of the most famous of these was the sixth century Athenian agora, a civic centre and marketplace where politics, business and philosophy jostled in open debate, and democracy came to life.

In his book, the Age of Insight, the neuroscientist Eric Kandel describes the remarkable history of fin-de-siècle Vienna, which gave rise to a unique creative flourishing of science, culture and art. This period saw rich inter-disciplinary dialogues grow between fields such as biology, psychology and literature; where new discoveries from the Vienna School of Medicine came to influence the pioneers of psychoanalysis, and inspired modernist artists such as Klimt and Schiele. Kandel attributes this phenomenon partly to the emergence of coffee-houses and public salons, which allowed for individuals from all classes and professions to come together as equals to share knowledge and discuss ideas.

And it is for similar reasons that, here in Britain, the history of the Enlightenment can be seen in the growth of public spaces such as the coffeehouse, once known as the 'penny university'. As well as the founding of the RSA, the coffeehouse was the venue for the first trading of stocks and shares by the Royal Exchange, the emergence of the insurance industry, and the political debates of the Rota Club.

Through our public events programme at the RSA, we seek to continue this Enlightenment tradition through our free and open talks, which reach not only those here in the Great Room but people in communities around the world online. In line with our founding philosophy, we believe civic debate to be a potent source of ideas and innovation for addressing societal problems, and we’re always on the lookout for new ways to shape the conversation at our events so as to spark fresh connections and insights, and open up the potential for practical, ‘real-world’ influence and change.

History suggests that conversation is a skill deserving of practice and preparation, in which spontaneity and discovery are sometimes best encouraged through structure and rules. When we're prepared to be challenged and adventure outside of small-talk, however, conversation can change our lives and build a better society.

Want to join the conversation? Attend one of our public talks at the RSA, or watch online on our YouTube channel and leave a comment.

Have an idea for a new format for RSA Events? Get in touch - we would love to hear from you!

Understanding what motivates us in a time of crisis

An effective response to COVID-19 must balance authority, solidarity, and individual interest. 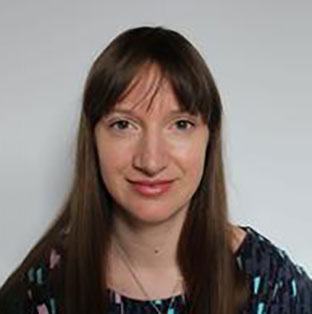