Rehabilitation is key to reducing risk in the prison system 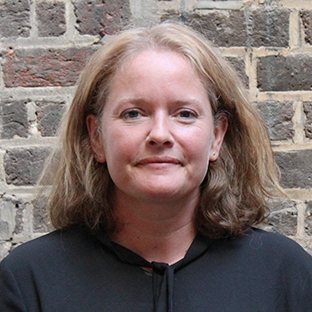 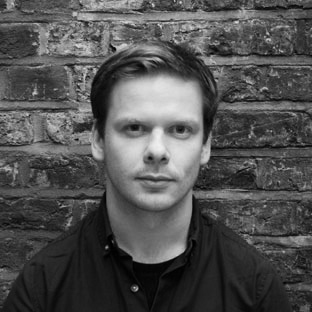 In January, 2016 the RSA and Transition Spaces embarked on the Future Prison project, which sets out how prisons in England and Wales could better support rehabilitation.

We spoke to countless people who work with and in prisons and those who have experienced prison life. The people and organisations that we have consulted, and we are indebted to, were passionate about prison reform and changing the purpose of prisons to one that is truly rehabilitative. Safety and staff numbers are critical to this but our report stresses that this needs to form the foundation of wider and deeper system change.

Our work was grounded by a number of principles:

The reform agenda we set out is focused on creating community-based rehabilitative prisons that are part of, and that contribute to, their local communities. Governors will be able to use their budgets to purchase goods and services locally and will be empowered to work with employers to match training to the skills that are needed in that area.

Returning officer grade staff to 2010 levels alongside a 2020 skills strategy, would provide the opportunity to create a new, rehabilitative prison workforce able to do the difficult job that prison officers undertake on our behalf. This should be supported by creating a Centre of Prisons Excellence that will train existing staff, alongside their new colleagues, and make this vital job more appealing to potential employees and more rewarding for those that work in the system.

In the longer term, placing the budgets in the hands of Police and Crime Commissioners (PCCs) will incentivise a local discussion about the purpose of prisons and their relationship with probation, with their local economies and communities. PCCs will not only be responsible for dealing with crime once it has happened, the onus will also be on them to prevent crime and, if they wish to save money, to think harder about who we are sending to prison and what happens while in custody and on release.

In supporting this change we propose that prisons and probation be subject to a new legal duty to rehabilitate and a clear central strategy driven by the Ministry of Justice but supported by other departments including the Treasury. The National Offender Management Service (NOMS) should become a smaller arms-length body that sets minimum national standards and focuses on population management and the high security estate. An enhanced and integrated inspection regime would enable autonomy to be managed safely.

As shown in the below diagram, prison governors, guided by local boards, will be given new freedoms to commission services such as food, education, and energy. The diagram attempts to convey the opportunity for prisons to work together, and form clusters (when they feel this is appropriate), but this will be their choice and, ultimately, they will be held accountable for the outcomes, alongside local prison boards. 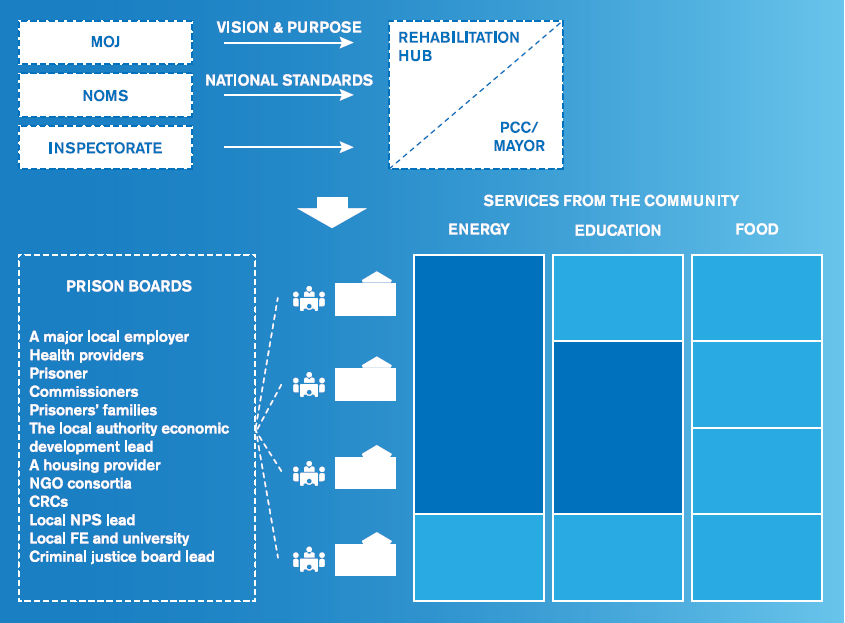 The government will soon publish a white paper which sets out their plans for prison reform. This needs to tackle both short term capacity issues and the longer term structural challenges facing the prison system. Prison’s ability to change people’s lives and keep prisoners, staff and communities safe has been undermined by short term, reactive decision making and over centralisation. Tackling this requires political courage and cross-party consensus that brings stability and a shared clear purpose to all those working and living in and around prisons.

A Matter of Conviction sets out a blueprint for how the RSA, Transition Spaces, and the Future Prison Advisory Group thinks this should be done. We believe that this model will ultimately serve to create a self-improving, more cost effective and innovative system.

Read the summary - 10 key recommendations from the report 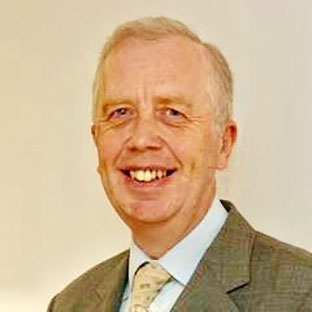 Music education in prisons benefits prisoners, prison staff and society at large. It is time for the government to take more notice.

In 2017 the RSA proposed the New Futures Network to help released prisoners find employment. Now the network is a reality, Rachel O’Brien looks at how it can succeed.

Sentencing in a Rational Society 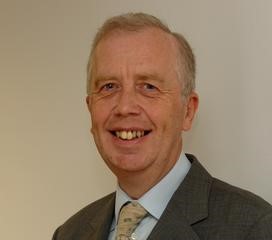 “The reduction of prohibited conduct must be the main aim of any penal system, but must be tempered by both economic considerations and humanity if the system is to be practicable and tolerable”. So argued Nigel Walker in ...