How Downton Abbey can conserve our heritage 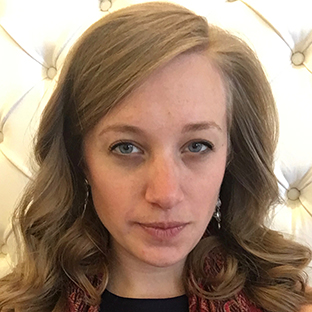 Heritage ‘conservation’ or ‘preservation’ is commonly understood to mean physical conservation and restoration of buildings and monuments and the archiving and storing of artefacts. The move to understand heritage on the local and community level and innovation in how people engage with heritage, both tangible and intangible, such as the RSA Heritage Index, are a welcome change.

Digital visual mediums, especially shared on the Internet, allow a large number of people to engage with new ideas and innovations. Visual mediums allow for a larger number of people to engage with heritage conservation and heritage sites, but the key question to ask is if this phenomenon is already happening, what is the value in being conserved and represented on screen?

Shows like Downton Abbey have brought heritage buildings and stories to the forefront of the popular imagination. Appearing in commercial film and television projects brings in much needed funding for historical sites, and creates new possibilities for branding, visitor numbers and the visitor experience at the English country house. For instance, the production team behind Poldark chose to shoot on location at heritage sites in Cornwall and the south west as much as possible, giving these locations a greater awareness to UK and international audiences.  At the same time, these television representations give heritage locations new stories and images, and conserves these locations on screen forever. It can be argued this increase in awareness and visitor numbers, with the resulting financial benefits for the heritage sites, make them more valuable cultural and financial assets.

Audiences are highly engaged with heritage films and television shows; viewers like using imagery from the screen to connect with their own personal identities, memories and emotions. Claire Monk (2012) found that there is a diverse range of people who watch and engage with heritage dramas, from older ‘Nation Trust’ members to young, hip millennials while Henry Jenkins (2013) found viewers want to become so engaged with the on-screen narrative they manipulate these images for their own ‘fan-made’ purposes, engaging with personal identities and emotions. Numerous newspaper articles discuss fans descending on Cornwall to have a “Poldark” experience. These examples show how intensely engaged audiences can be with on-screen imagery and stories, and how important it is to participate with heritage locations on a personal level.

Are these commercial film and television representations a form of conservation? During my PhD research Vikki Stronge and I discussed the positive impacts of Jane Eyre filming at Haddon Hall, and felt that being in a film or television series “was a legacy, something that is going to be there forever” while Harvey Edgington, Head of Filming and Locations at the National Trust compared these heritage sites being captured on film as similar to “Gainsborough [doing] your portrait.”

Heritage practitioners should embrace the potential of screen imagery to be a form of conservation, and dismiss the idea that film and television is ‘popular culture’ and not worth saving. In our digital age, the conservation of heritage on screen not only creates permanent records of historic locations, it adds value, both culturally and financially.

Viewers of heritage films and shows engage with heritage and visiting the heritage sites seen on screen further adds value for both the viewer and the site, making the location a stronger community asset. Screen imagery as conservation has great potential for heritage sites to make the most of their offerings, while creating a permanent record of their image.  So, RSA, a new feature film in the offering next year?

Look forward to the launch of the RSA Heritage Index 2016 this November and follow the RSA’s investigation into ensuring Heritage, Identity and Place.

Hannah Shimko is in the final year of her PhD at the University of Birmingham’s Ironbridge International Institute for Cultural Heritage, where her research focuses on the impact of commercial film and television on the production of heritage at the English country house.

The 200th anniversary of the Peterloo massacre has been quiet. Today, we need to remember that the protest was about the link between democracy and inequality.

The Lenox Project charity aims to build and launch a full-size replica of the Lenox, a state-of-the-art naval ship that was built in 1678 in Deptford and was the first of Charles II’s thirty ships. 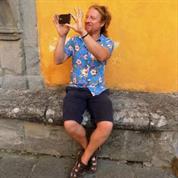 A giant new rolling bridge in East London will reactivate Cody Dock, providing a gateway to community gardens and the Lea River Park.