In 2016 the voice of those feeling socially disenfranchised and economically side-lined was heard. Even if you consider the fact that others might hold a diametrically opposed view to you, it can be difficult to understand why they might do so. Understanding why requires a different perspective, looking at the world through new eyes, imagining a different context.

This effort is not easy, for a number of reasons I’ll dig into, but it is an effort we need to make. Only then might we be able to generate and spread a level of understanding that will help bridge the social divisions between groups and those with differing opinions. What price perspective?

Three weeks in and already the renewed anticipation and excitement with which we start a new year has in all likelihood been lost in the routine and pressures of daily life; reviews of the year and resolutions faded to a more distant memory. Yet it's hard to fight the feeling that 2016 will cast a long shadow, its global events seemingly precipitous of further change and uncertainty ahead, events that we feel will somehow play out in our everyday lives.

This was also the year that I radically changed my own circumstances, relocating from a provincial town of eight thousand to a global city of eight million, from Brexit-voting rural England to remain-voting metropolitan England.

I found myself surprised by the divisiveness of the political and media rhetoric – in the US as well as the UK – seeking to magnify existing social divides of which rural/urban is just one. It’s a stark reminder to me that each shift in context, whether significant or slight, can provide a different perspective on life and its challenges.

Of course, simply having a new perspective isn’t enough. We need to get beneath the labels and the language and understand what the world looks like from this new perspective.

There is much that stands in our way.

Daniel Kahneman taught us that What You See Is All There Is; so if life is stable in terms of patterns of behaviour - where you live, who your friends are, where you work, where you draw your information from - this will make it harder for new ideas and perspectives to fight their way into your consciousness. This is the human condition, our attentional filters at work.

Add to that the fact that the information we are fed in different settings is already filtered before it even gets to us, exacerbating these divides; as Dave Pell writes,

“that’s why you in your rural town and me in my metropolitan city only know each other as the caricatures we see beamed through our completely separate sources of news, entertainment, and political messaging”.

Moving to a new place has certainly given me new perspectives - it’s not difficult to hear and see a range of views, cultures and ideas. But this is a minority experience; research shows that over 50% of people don't regularly seek out views that are different to their own and we are nearly four times as likely to ignore information that doesn't support our own views.

This confirmation bias is compounded by the 'echo chambers' in which, as Cass Sunstein explains, when like-minded people get together, they tend to end up thinking a more extreme version of what they thought before they started to talk.

Among like-minded people, it’s hard to come up with arguments that challenge the group consensus, which means group members keep hearing arguments only in one direction (Nicholas DiFonzo)

In addition, we are more likely to trust information if it comes from ‘someone like me’ (the messenger effect), whilst at the same time our trust of institutions and experts is rapidly declining, all of which characterises the rise of populism (to give it a label). We've seen political campaigning play on this divisive, emotional “if you’re not with us, you’re against us” rhetoric, further polarising perspectives.

This has never been a good thing for a society in which we (hopefully still) value a plurality of opinion. When diverse opinions remain isolated from each other, each in their own echo chambers, they can become insular, ignorant and fearful of alternative perspectives. This manifests across all elements of society from conversations in the pub to conversations in the boardroom.

It can surely only be countered by creating spaces where it’s ok, safe even, certainly expected, to raise different views, opinions, thoughts, bringing a diversity of perspectives to the challenges and issues we face. When they routinely interact, in a civilised, safe and constructive way, they can lead to new perspectives, better decisions, and, in the workplace, better performance - McKinsey report that more diverse companies perform better financially.

The RSA is one such space. If you’ve not previously considered becoming an RSA Fellow - perhaps you’ve thought that it’s not for people like you - or only for people in London - neither of which are true, then I would say make 2017 your year to get involved and share your perspectives, too. There’s value in your insights. It helps us see the possible. To keep our thinking fresh. To put ourselves in other’s shoes. The big challenges and issues we face as a society are complex and interwoven and can't be effectively tackled from one perspective or by linear thinking.

I came to the RSA to do what I did in local government, but from a different perspective - to help equip people to make positive changes in their lives, organisations and communities, to challenge the status quo and find new ways of tackling old problems, and to challenge myself.

It's great to work in a place where good ideas are the primary currency; embracing divergent views and opinions serve to improve and strengthen the idea. Ultimately it’s this exposure to different ideas and perspectives that is life-affirming and fills me with optimism for the year ahead. Can we, together, foster a culture where diverse perspectives are welcomed, embraced, and, ultimately, expected?

So, I'm going to put my money where my mouth is. I’d like to know what life looks like from your perspective, from that of the communities where you live and work. Perhaps we can reflect on how different the world looks to us, and why. Help me broaden my perspective further and I’ll write about it some more.  Post in the comments below or email me and let's talk. 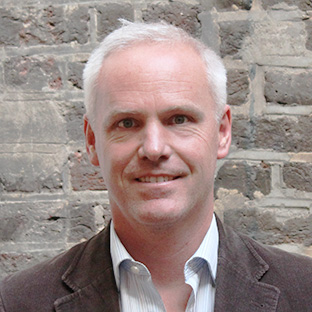 Fake news doesn’t swing elections, but neither does ‘truth’. We have always filtered new information to fit our existing prejudices. The real danger to our democracy is not an absence of truth, but an absence of trust. 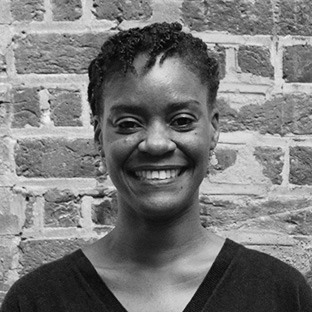 Adanna Shallowe, RSA Global Manager gives her perspective on 2016 and the eventful year it has been.