Academies: we need to talk about Members 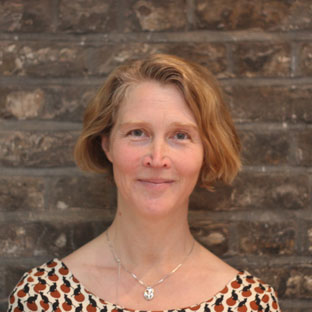 Do you work in an Academy? Know who the members are for your Academy Trust? Would you recognise them if you walked past them in the corridor? And, most importantly, do you know what they are responsible for?

If you answered ‘no’ to these questions you won’t be alone.  In a world of academy governance that is sometimes unkindly described as shadowy, members are the least visible element of all.

The important role that members play was highlighted last term by the, erm, unusual events at Academies Transformation Trust (ATT).  In brief summary the Trust had run into financial problems which saw their predicted reserves drop from £5m in 2014 to just £26,000 next year, as a result of which the Chief Executive, Ian Cleland, was put on temporary leave by the Chair of Trustees (also known as Directors).  It turned out, however, that the Chief Executive was also a Founding Member, and under academy governance rules the members have the power to appoint and dismiss the trustees.  Mr Cleland used his power to dismiss the trustee who had put him on leave, and appoint four new trustees…. who promptly reinstated him.

The concept of members and directors comes from company law.  One can see that in a business context this set-up makes sense.  A couple of friends decide to set up a new business.  They invest the initial capital, and therefore are the owners – the members – of the business.  In this context the notion of two or three people, the members, having ultimate control over a business is unproblematic – they had the idea, put the investment in – it is, in all senses, theirs.

A school is very different from a small business.  It is quite possible that two or three people had the idea of the school becoming an academy.  These might have been the sponsors, in the case of a sponsored academy, or the Head and some key governors in a convertor academy.  In many academy trusts these individuals were and are the members.  But the notion that this small group of founding members ‘own’ a publicly funded school or group of schools in the same way that the founders of a business own a privately established company is difficult to swallow.

At this point you may be thinking, “but academies are charitable companies”.  Good point!  And the charity sector can provide some interesting alternative models.  Let’s take the RSA as an example of a charitable company. The RSA has a trustee board, and it also has members.  In the case of the RSA and many other charities all Fellows – everyone who subscribes to the charity – is also a member, and is therefore invited to the Annual General Meeting where they receive the annual report and have the opportunity to ask questions of the trustees.

So, what needs to happen?  Firstly, the DFE should be much more clear and directive about the number of members and the separation in personnel between members and trustees.  The latest version of the Academies Financial Handbook helpfully says more about the role of members than previous iterations, but is oddly reluctant to say directly what must or must not happen.  For example, the handbook states that,

Why the woolly words?  It would be much more helpful all round if DFE set out their requirements, and then give all trusts a timescale, perhaps 12-18 months, within which they must comply.  Without this many trusts will continue to work from outdated articles, not (in most cases) due to any power-mad tendencies of those in charge, but more because changing legal documents is costly and complicated and most of us working in education would rather be spending our money and energy in other areas!

Clearer DFE direction would be a welcome step, but it would still leave an unaccountable group of people effectively ‘owning’ our schools, albeit a separate group of people to those making the day to day decisions about the schools’ operations.  More ambitiously we should encourage a fundamental rethink about who the members are and how they are appointed.  For many schools, the members are the group of individuals who happened to be in key roles at the point when the school converted to academy status.  The members then appoint their successors with no outward or down-ward accountability.  As the academy policy evolves and MATs grow there would be value in rethinking the member model to rebuild that local accountability.  For example, one of the five or more members might be drawn from (and elected by) the schools’ parental body, and one from the schools’ staff, and perhaps one from the local community –the local authority or perhaps the Chamber of Commerce. Church schools would have one or two members appointed by the Church, whilst sponsored academies would have a similar arrangement for appointing members, and so on.

More radically still, we could look at a model based on a charity model, where all of those with a stake in the school became Members.  Thus all parents with children attending the Academy or Academies would be Members, invited to the AGM to receive the accounts and have the opportunity to ask questions of the Board. You could make the case for widening the group of members to include staff, and pupils aged over 16 or 18 too.  Where things are going well attendance and participation in the AGMs would be minimal.  But where difficulties arise this model would reintroduce a local accountability that is missing from the current Academy model.

RSA Academies has been working with the RSA, the Association for School and College Leaders, the Centre for Public Scrutiny, The Elliot Foundation, the Local Government Association, and the National Governors Association, on a report on the future of school governance, which will be published next month.