Boosting retirement security for the self-employed: A call out for ideas

The RSA and Etsy are canvassing ideas for how to improve long-term savings and retirement security for the self-employed. Whether it’s deploying nudge techniques, ironing out flaws in the tax system or creating more flexible pension models, we want to hear your proposals.

Retiring on a wing and a prayer

Few labour market trends have caught the public's attention like the rise in self-employment. Since 2000, an extra 1.5 million people have turned their hand to running a business. Nearly half of all jobs growth between 2008 and 2015 is owed to these self-starters, with the result that a record 1 in 7 workers now answer to themselves.

But are they secure? Economists and policymakers point to low and stagnating wages among the self-employed. Full timers earn on average a third less than their counterparts in conventional employment, and all lack access to basic protections such as sick pay, holiday pay and parental leave.

Yet possibly the biggest challenge facing the self-employed is impending precariousness in retirement, with few actively contributing to a private pension. Just 23 percent are enrolled on a scheme compared with 61 percent of employees. What's more, the self-employed closest to retirement (in the 55-64 year old age bracket) typically have half the amount stowed away that employees do.

Of course, there are other ways to save besides pensions. Interviews undertaken by Citizens Advice reveal that many of the self-employed view property as their main nest egg, and this also bears out in government data. The Wealth and Assets Survey reveals 46 percent believe investing in property is the safest way to save for retirement.

Nevertheless, the overall picture is extremely alarming. Just over a quarter (29 percent) of all the self-employed have zero pension wealth and less than £2,000 in financial wealth.

Several factors account for this no-or-low savings culture. The self employed not only tend to earn less than employees, their income is also more volatile making it difficult to stow money away. Nor do they benefit from auto enrolment or employer pension contributions.

So what's the solution?

Some say the self-employed should be nudged into joining a pension scheme through a compulsory opt in/out question, for example when they complete their tax return. Others say the government should make saving obligatory by raising National Insurance contributions, with the extra tax receipts deposited in a private pension of their choice.

Yet another view says pension products require a more fundamental overhaul. Old Mutual Wealth recently called for a new 'sidecar' pension model that would fuse the flexibility of a savings account with the returns of a traditional pension. Elsewhere, the Centre for Policy Studies (and the RSA) have suggested beefing up the credentials of the Lifetime ISA, making it a viable and more flexible alternative to a pension.

This is just a snapshot of potential reforms to policy and practice. With the rise of new fintech business models, advances in technologies like artificial intelligence, and breakthroughs in behavioural science, plenty more fixes and innovations are no doubt waiting to be discovered.

That's where you come in. If you have ideas to boost long-term savings and retirement security for the self-employed - whether through major reforms or technical tweaks - we're eager to hear about them.

You can email me on Benedict.Dellot@rsa.org.uk or just leave a comment in the box below. All the ideas will be considered and the best ones featured in our final report to be published in early 2018. And for Fellows in the South East region, we'll be organising a special workshop next month to unpack and debate different ideas:

A new type of entrepreneur is transforming our world for the ... 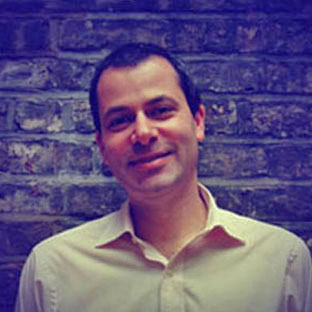 Back in April I wrote a blog post suggesting light-heartedly that we ban the word 'entrepreneur' because of its misleading connotations and replace it with a completely new word - I proposed 'Venturist'.  Much of the thinking ...