The value of comedy as a feminist tool

With the recent #TimesUp and #MeToo movements, it is an interesting time to look at previous feminist movements and how they influenced the artistic outputs of female creators.

The 90’s Riot Grrl movement was the sister movement of the Grunge genre and, in addition to presenting awesome bands with girls with guitars, there were some key influential filmmakers that came out of that scene. Miranda July would give out flyers at Bikini Kill concerts for her Video Chain Letter project that connected women filmmakers. She then went on to make Me You and Everyone We Know amongst other digital collaborative projects. Carrie Brownstein was playing in Sleater Kinney at the time and went on to be the creator of Portlandia and also star in important LGBT series Transparent.

Portlandia is a comedy sketch show that is both satirical and absurdist in its presentation of the modern world, exploring themes including hipsters, polyamory and relationship gender roles.

A recent episode from the latest series presents ‘I’m not bad, right?’ which is a clever depiction of a woman in the workplace, in response to the #MeToo movement. The woman is delivering her promotion acceptance speech but keeps getting interrupted by her all male team asking if “are they bad”, asking for her pardon. They continue to dismiss her as they seek their own validation, painfully making her apologise to a colleague who interjects her. It’s an uncomfortable exaggerated depiction of a reality that a lot of women face within the workplace. Cuttingly funny, as ever astute in its observations of human behaviour and interaction.

It’s this kind of exaggerated-to-point-of-uncomfortable approach I adopt in the realisation of Tales From Pussy Willow my comedy web series. I like writing comedy as a way of processing the world and things that have happened to me. Although the series is humorous it also addresses difficult issues such as misogyny, and navigating heteronormative spaces. People have said they find watching some of the episodes quite painful but I'd like to think I'm holding a mirror up to society and calling people out. Some of the episodes are quite specific to the queer experience (such as ‘Lesbian Argument’), some of the female experience (cat calling in ‘Smile’) and some are just a reflection of modern life (‘Vegetarian Houseshare’). I tackle issues such as femme invisibility in ‘Staff Room’, where the colleague tells her she’s ‘too pretty and normal’ to have a girlfriend and tries to set her up with her nephew, after nearly heaving whilst trying to say the word lesbian. ‘That’s fine by me’ confronts the hetero-by-default approach the medical profession has and the difficult conversations that can sometimes bring up.

The series is a mixture of live action and animation and I think that helps add to the humour and allows the sometimes difficult dialogue to be more digestible. The fact that there’s actors heads conversing makes it more relatable but the animated settings and bodies adds a slight surreal nature which takes the sting a bit out of some of the awkwardness.

It’s interesting watching ‘Parents Chat’ (about coming out to parents) with a queer audience as they laugh in all the poignant places. It screened at LOCO (a mainstream comedy festival at the BFI) and there was stunned silence at parts like where the mother says “don’t get AIDs”, I’m not sure if the audience felt they had permission to laugh.

Humour can help people to sit through difficult truths like this, which helps us start more conversations about non-progressive attitudes that still exist in society. By using it as a device to promote reflection in this way, we can move on, together. 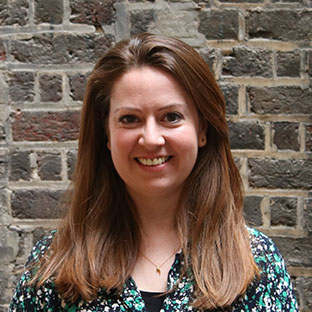