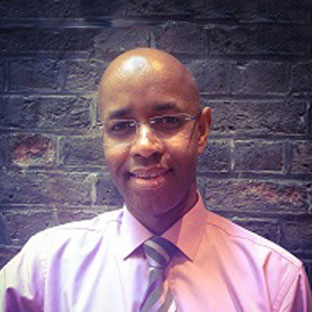 Theresa May has appointed one of her ministers, Tracey Crouch to lead on a strategy to tackle loneliness and social isolation, a chronic problem endured by 9 million people in Britain. “Loneliness is the sad reality of modern life” the prime minister said. It is something that most people experience at least once in their life, (Cacioppo & Patrick, 2008). A study carried by (Berguno, Leroux McAinsh,Shaikh, 2004), showed that 80% of young people and over 40% of adults over the age of 65 experienced loneliness in the course of life. This suggests that those who are late in age and young people are most likely to experience loneliness.

Cohousing can offer one possible solution

Good housing plays an important role in building community and strengthening social interaction and bonding. Co-housing, community living, or co-living in particular may be one possible solution for the endemic loneliness and social isolation challenges that we face (as my colleague Jonathan Schifferes has also argued). So what is co-housing or co-living? The idea first emerged in Denmark 40 years ago as an innovative form of collective housing. It has gained its popularity in North Europe, North America and Pacific Rim countries since (see the RSA’s collection of essays on co-housing here). There is not a single agreed academic definition for co-housing, but the common understanding of it, is that cohousing is a form of collective housing which has four common characteristics (Mcamant & Durrentt, 1994);

What problems can co-housing help to address?

Co-housing provides one alternative to traditional housing models which can unlock a range of social benefits that help to prevent or mitigate loneliness. Strong social networks, social cohesion, pro-environmental behaviour and a sense of belonging among residents are some of the key characteristics of co-housing communities (Marcus and Dovey, 1991).

The encouragement of social interaction and the development of meaningful relationships among cohousing residents can raise social capital and encourage them to cooperate together. Residents share in the experience of living their everyday lives – creating communal spaces for eating, socialising and managing their community. As well as addressing issues such as loneliness and social isolation, this can also help to promote wider well-being. There are challenges for co-housing too, as the RSA’s essay collection on co-living indicated. It risks being model of housing that is exclusive, dominated by ‘gated’ communities of affluent residents. But applied in a progressive way, it offers one possible way of confronting our loneliness challenge.

Frisk, S. (2007). From Bowling Alone to Dining Together: a Sustainability Analysis of Cohousing in the United States. Graduate thesis. Lund: Lund University, Master of Environmental Studies and Sustainability Science.

Williams. J,(2005), Sun, surf and sustainability—comparison of the cohousing experience in California and the UK, International Planning. Studies Journal 10 (2) (2005).