Has Universal Credit led to a rise in Food Banks? 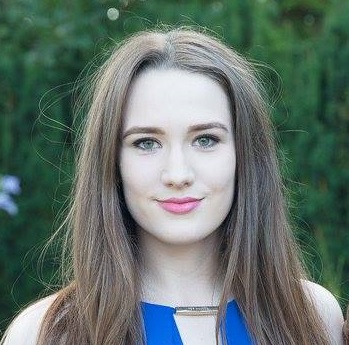 Universal Credit has had a controversial initial roll out. First introduced in Jobcentres in October 2013, roll out delays, budget cuts, administration issues and the nature of payments have attracted continued criticism. Families and individuals appear to be worse off in areas enrolled in Universal Credit and are seeking out the support of food banks in order to get by.

Food banks, once a shocking novelty have, over the last decade expanded significantly to become the grimly accepted reality of the austerity scene. While many are fighting against them becoming the norm and their politicisation within society, food banks are now well known and distributed across the UK.

The UK Government currently does not measure household food insecurity and does not regulate food banks. Many are hoping for this to change as a Bill requiring the Government to monitor and report on food insecurity is awaiting its second reading in the House of Commons.

However, this currently leaves the collection of data on food insecurity to the Third Sector, most notably the Trussell Trust, often in association with other charities and academics. Their findings show that acute financial crisis - where income had been significantly or completely reduced - was the main cause of a person’s need to access a food bank. This is often preceded by a complex combination of predominantly negative life events. Benefit sanctions and unemployment were the most significant contributors to this.

The most recent Trussell Trust report attributes the dramatic growth of food banks to the new future of benefits, Universal Credit. With the intention to streamline the benefits process, encourage people into work, and prevent fraud, the Universal Credit system sounds good on paper. Nonetheless, the initial roll outs have attracted the criticism that they cripple low income households rather than help them.

Worryingly, there was a 52% increase in food bank usage in areas where Universal Credit has been rolled out, compared to the twelve months prior to its implementation; for food banks not located in areas of full Universal Credit roll out, this increase was 13%. These figures have been accompanied by personal stories which have highlighted significant flaws in the system, resultantly leaving people with no choice but to visit a food bank.

An initial report by the Trussell Trust on Universal Credit highlighted issues that needed to be addressed, and some subsequently were. The helpline is now free (incredible to believe it was not before), and the initial waiting period to receive payment was reduced from six weeks to five weeks. However, there are still a significant number of pressing issues that need to be addressed, such as poor communication, over- and under-payments and the increase in sanctioning.

Additionally, the new system has been criticised for being too complicated, regardless of its original intentions. Both those claiming welfare and the organisations working to help them, including food banks, need support to navigate and understand this new system. Yet, there have been reports that the initial Governmental support provided is not sufficient and has left many workers with a lack of knowledge on the Universal Credit system and regulations. Voluntary organisations look to be picking up the slack. In the market town of Liskeard in Cornwall, for example, a local Third Sector organisation has been providing training for surrounding food bank and job centre staff. While these local initiatives should be applauded, the reliance on grass root activities instead of central support is concerning and can result in patchy provision.

Following the Trussell Trust report criticising Universal Credit, a Department of Work and Pensions (DWP) spokesperson responded stating it was wrong to link one issue to food bank usage and that the sample used for the research was too small to draw representative conclusions.

In support of this, as the number of food banks has grown, it makes sense that their activities have increased because there is both greater access to and greater awareness of the service. Yet despite this, evidence shows that even in places where food banks were previously established, demand has still increased, indicating that greater demand is driving greater provision. This suggests that there has always been some need for the services food banks now offer, however the lack of means to record and express this may have led people to suffer in silence.

It is important to note that the Trussell Trust does not show all the data from all food banks, or even food charities and schemes in the UK. There are many more independent food banks or social enterprises that work on feeding those in need. Other business models exist such as FareShare, The Oxford Food Bank, FoodCycle and even much smaller enterprises such as the Teapot Project (who recently met with the Food, Farming and Countryside UK Tour). Furthermore, there is no reporting on hidden hunger, where people skip meals and do not ask for help. In these cases, help may not be sought for a number of reasons, perhaps due to an individual feeling that they were not in an extreme enough situation to access a food bank or avoiding visiting due to fear of stigma. So, while the Trussell Trust provides strong evidence it is only the tip of the iceberg when it comes to food poverty.

We also must question if the data collected by the Government on the impact of Universal Credit provides a holistic view of the new system. Most of the broad evaluation schemes proposed are focused on employment and the labour market. And while the DWP and Office for National Statistics (ONS) have released data showing that more people are employed as a result of Universal Credit, and are staying in employment, other measures need to be taken into account to make an accurate assessment of whether the scheme is actually making people’s lives better.

Encouraging people into work through Universal Credit is not necessary sufficient for them to be better off. Around 15% of households using food banks had at least one person in paid employment, showing that just being in work is not a solution to wider poverty issues. There is a struggle to access ‘good work’, as often only low-paid, zero-hour contract employment is available to low-skilled workers. Zero-hour contracts and the gig economy can make it unclear when someone will be working and for how many hours each week. As the number of hours worked directly affects the amount of Universal Credit received, it can lead to fluctuations in income, both in timings and amount. This can make it very hard to plan finances, and with no savings to fall back on, increases vulnerabilities to food bank usage.

If food bank usage is persistent or increasing, then it reflects a flaw in the system. For the minute we need to work with the data available, which indicates that food bank usage is being driven up by the implementation of Universal Credit (even with other factors controlled for), especially during the waiting period before the first payment. The system needs to be operational for much longer to strongly draw conclusions and relationships regarding Universal Credit’s success or failure, however the lack of comparative food poverty baseline and a reluctance to look beyond figures of how many people are in employment, will weaken any conclusions. Once the program is more established it will be easier to evaluate whether there is a true causal relationship between food bank use and Universal Credit.

Additionally, we could also be exploring more radical solutions to distributing support in a changing economy. Explorations of Universal Basic Income are gathering traction, with a number of trials in place around the world. As we look to improve people’s lives, simply measuring in-work figures is not enough, and increasingly holistic measures of healthy living and wellbeing are needed. The government needs to make sure that food bank growth doesn’t become the legacy of Universal Credit.

Ken Loach’s new film shows that social care workers still care, even when the system doesn’t. Have we lost sight of the difference between delivering a package and delivering care?