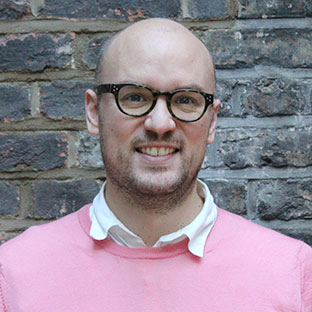 A few weeks ago, at around about the same moment Nick Gibb was in the West Midlands speaking about the importance of a knowledge-based curriculum, I happened to be speaking at a Westminster Education Forum conference, where there was a lot of consternation about the role of knowledge in education. Here’s an attempt to try and figure out why knowledge is a dirty word for many arts educators.

At the Westminster Forum, I’d been updating delegates on the RSA’s Learning About Culture project, in which (together with the EEF, IoE and BIT) we’re evaluating five cultural learning projects, to find out how they support children’s reading and writing (among a number of other things). One delegate asked whether our focus on literacy wasn’t just playing into the latest DfE fad and shouldn’t we be more interested in the skills that people will need for the 21st century. I tried to reassure the questioner that literacy is neither faddish, nor the sole concern of the Department and added that ‘reading’ isn’t only the ability to decode writing, but the ability to comprehend meaning from texts.  Written ones, of course, but by extension other cultural artefacts with layered, elusive or obscure meaning and room for interpretation; a critical part of anyone’s cultural education, never mind their ability to negotiate the world.

Although it’s getting a bit of a drubbing from various sources, the 21st century skills meme recurred throughout the session. One of the threads, somewhat confusingly, was a simultaneous championing of ‘cultural capital’ and disavowal of a knowledge-based curriculum. Although I’d left the stage (and no doubt people had already heard enough from me), I felt compelled to challenge this, requisitioning the mic and reminding delegates that cultural capital is, in fact,knowledge. If it is desirable that all children, regardless of their social class, have good reserves of cultural capital, knowledge is exactly what you want to focus on.

Since then, I’ve been puzzling over this seemingly widespread opinion that ‘cultural capital = good’ and ‘knowledge-based curriculum = bad’.  Unsurprisingly, the word 'cultural' feels like home territory for those working in the arts and cultural education and  ‘cultural capital’ is regularly (but incorrectly) assumed to be connected to a beaux-arts rich education. While on the other hand, many assume that a ‘knowledge based’ curriculum in the arts necessarily means prioritising book-learning and the history or theory of an art form (propositional knowledge) over technical or craft (procedural) knowledge, practical activity or professional cultural experiences. That assumption’s not entirely unwarranted: our current, reformist government has been on a mission to introduce more ‘rigour’ (trans: ‘more writing’) into arts GCSE and A level that has seen the balance shift away from procedural knowledge. But many imagine a deeper distinction between ‘knowledge-based’ subjects and ‘skills-based’ subjects, leading to an assumption that a knowledge-based curriculum would be narrow, exclude the arts and design and certainly that it would exclude any focus on transferable skills. This distinction is incorrect, however: arts subjects are knowledge based and skill in the arts derives from deep and well-rehearsed knowledge of form, materials, technique, context etc. It’s not the knowledge-based curriculum that’s at fault, but the relegation of procedural and contextual knowledge.

Understanding the skills and knowledge divide is complicated because the term ‘skills’ is used in relation to both tightly defined, domain-specific skills and generalised (e.g. ‘21st century’) competencies and personal attributes.  Many arts educators feel like the point of the arts in education is to learn this second category of skills from the arts, more than it is to acquire knowledge/ skill in the arts. That what children learn through the arts in the curriculum is self-expression, humanisation and a way of engaging with the world through metaphor that helps them to perceive and express the ineffable. Developing theoretical or technical expertise is a lower priority than developing what might be called’ human capacities for flourishing’: creativity, collaboration, self-expression etc.  and treating them as opportunities to build knowledge diminishes their value.

Take for example this ‘grid method’ approach to teaching and assessing development of procedural knowledge in drawing. A child at this school (St Martin's in Solihull - you can read about their knowledge-based curriculum here) has been asked to copy a portrait of Dali over the course of two years of study.

You could unpick lots about the design of the assessment (‘did the yr7 kid know that accurate copying of the stimulus was what was being measured?’, ‘Surely they could have got there quicker with better feedback from the teacher or the class?’), but a great many art educators will look at this and question not the technical learning, but the artistic expression in these drawings.  Many will say that this progression of images does not demonstrate progress in artistic ability – only in how accurately a student can copy. That a focus on accuracy as the measure of success is an attempt to teach children that the valuable thing is to limit one’s imagination, one’s will, one’s creativity. They will say that the conditions in which this has been learnt are not those that are conducive to developing future artists – e.g. a democratic classroom, primacy of the artist’s thoughts and feelings – nor for cultivating a respect for artistic expression in those not destined to become artists. It demonstrates the imposition of the will of the teacher, and by extension the state, over the will of the child – anathema to the free expression prized in art and in society.

The implication is that arts education is there to teach us that we are all interpreters of the world, all entitled to expression, that meaning and value are constructed, subjective and fluctuating and therefore subject knowledge is of limited importance. That’s what’s led many arts educators to make the art classroom a place of making rather than a place of training, where children’s freedom to express themselves is prioritised. The trouble is that in spite of the best intentions, this notion of how best to teach the arts is ultimately infantilising, rather than developmental. Whether its Ken Robinson or Mark Rothko, the assertion is that the natural creative expression of the child is something fragile and worth preserving and that knowledge, training, discipline get in its way. They are right of course: school is not interested in preserving the child’s ability to express herself in the way she already can, but in providing the dexterity, the vocabulary, the knowledge with which she might go beyond instinct, accident and play and be expressive in ways that can resonate more deeply with others.

Education strikes a bargain with learners; trading innocence for experience. So, let’s not be in doubt: schools do kill a kind of creativity, but rather than ask how we can prevent this, perhaps we should be asking whether the creativity that they offer in its stead is more empowering, more liberating, more generous, more valuable.  Designing our curricula and classrooms for what children might be able to do next, rather than what they do now does force a compromise. A knowledge-based art classroom with increased emphasis on technical discipline requires schools to be less immediately demonstrative of the value of free expression, but, ultimately provides learners with greater ability to be in command of their desire to express themselves.

Which would you prefer? I know what I’d go for…

Emmie Kell FRSA on the impact of coronavirus on creative businesses and freelancers.