Beware of automation predictions: 3 things we can know for sure 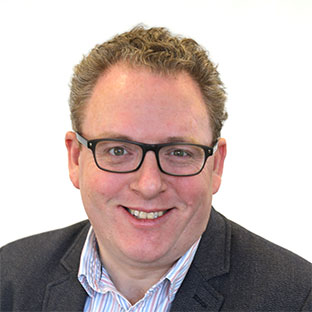 Amid scores of predictions about the impact of automation on jobs and the workforce of the future, Kit Cox shares three things we can be sure of about the future of work during and after the fourth industrial revolution.

The fourth industrial revolution is marching on, bringing new artificial intelligence (AI) and automation technology into our businesses and everyday lives.

The revolution has also brought a vast number of forecasts and predictions.

The latest from PricewaterhouseCooper (PwC) says AI and related technologies, such as robots, drones and autonomous vehicles could displace around 26 percent of existing jobs over the next two decades. The World Economic Forum’s The Future of Jobs Report predicts 75 million jobs will be displaced by robots by 2022. Although 133 million new jobs will be created. That’s something Cognizant’s latest report supports.

Cognizant’s latest report says the number of “jobs of the future” grew 37 percent over the last year to include “augmented reality journey builder” and “cyber calamity forecaster”. It’s predicted some industries will be harder hit than others; the latest Deloitte study predicts 60 percent of retail jobs will be automated in the next 20 years.

But how reliable are these predictions anyway? Anybody professing to have a decent estimate of how many jobs will be displaced, change or modified over the next 20 years needs to have a rethink.

Bearing in mind how economists (apart from a handful) failed to predict the 2008 economic crash, still give flaky growth predictions, and we’re facing a fourth industrial revolution with utterly revolutionary technology, surely nobody can have a sensible numeric prediction of the outcomes?

There are some things we can know for sure, however.

Life is going to be a bit different

Consumers are going to behave a bit differently and we need to educate people a bit differently. Part of that will be helping consumers and customers understand how businesses will be using new technologies, such as Natural Language Processing (NLP), machine learning and deep learning – it’s not all about an army of robots replacing full-time human headcount.

Ultimately, life will be a bit different for all of us. As employers, employees and consumers, we’re all going to be augmented and have intelligent automation (IA) at our fingertips - both physically and virtually.

As technology rises, so does our value of humanity. It’s possible for robots to make coffee as well as hipsters, but still there’s a rise of expensive speciality coffee and artisan bread, for example. Consumers are increasingly attributing economic value to things that have a strong element of humanity. Just as businesses will do increasingly in the automation age.

To really value humans, we’re going to need to get away from cramming knowledge into people’s grey matter and give them real, core capabilities. Some jobs will be automated, yes. And they should be. No-one should have a mundane aspect of their job – physical or mental – after the fourth industrial revolution.

By automating repetitive and boring tasks using the likes of Robotic Process Automation (RPA), we give humans greater ability to do roles that are more suited to humans and their capacity for empathy. This augmentation of human jobs is already happening. In September, M&S rolled out speech-recognition AI to do the menial task of re-routing calls across 13 call centres. As a result, more than 100 employees are being reassigned (rather than replaced) to in-store roles to improve customer experience.

Let the bots do the mundane to liberate humans to use their more valuable skills to conduct higher-level analysis and communication.

We’re all just hoping and guessing

We can’t pin down facts and figures. We’re really all just hoping and guessing that the fourth industrial revolution brings about the type of transformation it promises.

Kit is an entrepreneur with over 15 years of experience in the BPO and technology industries. Kit founded Enate to disrupt the shared service and BPO market via automation, AI and RPA. Follow Kit on Twitter @KitCoxEnate.