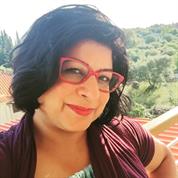 In this article, Salma Zulfiqar FRSA explains the importance of migration and shares her work at the Migration Project.

We live in a world where hatred is increasing - that’s why I started the Migration Project. The aim is simple – to promote integration, prevent hate crimes and prevent extremism through the use of art and debate.

As an artist and activist from a migrant background, I want to show how we can celebrate migrants and refugees through art at a time when the media and many artists are also focusing on the negative aspects of migration.

My work on the issue of migration started at the Ionion Centre of Culture and Arts in Greece, where I was invited to propose a theme for the International SEAS conference. I proposed the critical global issue of migration. It’s a subject which is gripping the world.

I produced ‘Building Peace Through the Oceans’, an educational art installation which shows the positive financial impact migrants have had all over the world. It was exhibited in Greece, Paris and in the UK.

In addition to the art installation I wanted to also have debates to promote integration in the community – so I have held creative workshops called ARTconnects in my home city of Birmingham.

The workshops start with a creative session and are followed with debate and discussion on integration and cultural issues in the community. Women are more vulnerable and face more abuse and violence so I am focusing on empowering women because they are key in driving communities and families.

I have also been targeting politicians with my work to influence policy making and held a special creative workshop and debate at the House of Lords in the UK to mark International Migrants Day in 2017.

In an effort to connect communities, I supervised the creation of an artwork called the Migration Blanket in 2018, together with refugee women showing their hopes and dreams and struggles.

I believe that the migration problem globally is being blown out of proportion by politicians who want votes at the expense of ordinary people who contribute to the global economy. If you look at the statistics it is clear to see that we cannot live without migrants in our society – they contribute billions of pounds to the economy, they pay more in taxes than they claim in benefits and they do the jobs that no one else wants to do, according to the OECD, United Nations and World Bank. Yet the media primarily still focuses on negative stories about migrants.

Through my humanitarian work with the United Nations to raise awareness of the plight of women and children I have visited many of the countries that migrants and refugees come from (Yemen, Syria, Kenya, Somalia, Pakistan, Afghanistan) and have witnessed the desperate conditions and suffering they face and the reasons behind why they leave their country – many have no choice.

My parents migrated from Pakistan to the UK 50 years ago and while there has been progress in the UK and around the world on race relations – recent events like 9/11 and Brexit and the Trump administration have raised an ugly side of people and racism and hate crimes have been increasing around the world.

I believe we need to bring people together from different backgrounds in a creative way and a safe environment so they can learn about each other’s cultures and this is what I am doing through my project. So far the impact has been far-reaching - with women offering each other support through skills-sharing and making new friendships and cultural connections.

Since I started the project in May 2017 I have received a lot of support from key politicians and funders, they include: Jess Phillips MP, Ionion Centre for Culture and Arts, United Nations Migration Agency IOM, and the Arts Council. However, support for the arts has dwindled over the past decade with major cutbacks. At this critical time if we have any hope of making long-lasting progress we need more support for creative projects to flourish to creative positive change in our communities.

Salma Zulfiqa’rs work is celebrated in a new book: Once Upon a Time in Birmingham; Women Who Dared to Dream 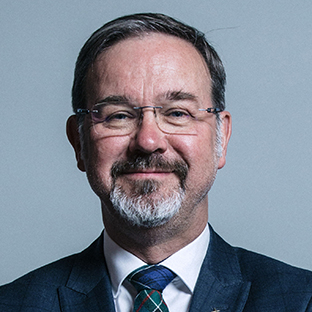