Why Relational Activism Might Bring Hope and Light to Social Change – Greta, Jacinda and Us

What an extraordinarily evocative word 'activism' is. Say it to yourself. An image envelopes you, informed as much by your cultural, social and historical context as by memory. Everyone can name a rebel, a campaigner. Love them or loathe them, you knew what they stood for.

Now try and name a relational activist. Harder. It feels oxymoronic. Passive versus aggressive. Opposite, polarized. But apply a pause. Relational activists are everywhere. Many of them are quietly, thoughtfully, purposefully moving against the lack of representation in the public and political space, and the growing coarseness of the discourse found in that space.

Immediately, this bridging of relational philosophy and conventional activism allows for a wide lens and a broad tent, where disciplines of all manner of shapes and sizes might find a common identity, values and belonging.

Relational activism also appears in the family therapy arena, where the American Family Therapy Academy joined the dots from relational activism to systemic theory. It equally finds a home in the intersection between family therapy and community development. The work of Vikki Reynolds for example, in the beautifully written ‘Leaning In’ describes, "relationships of respect and dignity as a frame for our solidarity... and the imperfect practice of being and needing allies."

With these definitions in mind, it becomes easier to visualise relational activists. Campaigner Greta Thunberg communicated her brave, human response to climate change, made relational connection, and in doing so brought millions of school children along with her who developed their networks and alliances in the private sphere. The effect was mass representation for a group with everything invested in the future.

Think too of Jacinda Ardern’s remarkable leadership in the wake of the recent New Zealand tragedies. Empathy, compassion, her ability to connect and form networks, her understanding that sustained change happens through relationships, and her resolute rejection of the notion that those qualities are incompatible with leadership, has won her the admiration of a world thirsty for leaders who love.

Taking Victor Hugo’s statement “to love is to act” as a compass, relational activism might offer a hopeful prospectus that the profound problems of underrepresentation and misrepresentation in the public space can be resolved by action that connects people.

And so these two seemingly juxtaposed words - relational and activist - find an unlikely allegiance. Activist is a propelling word, giving motion, urgency and purposefulness to our connections and relationships that they are not happening for the sake of it. Social justice should be an explicit aim. Change feels more sustainable if connections and relationships underpin it, grown in and from the habitus of every day practices.

What does it mean to be a relational activist? Is it political? Humanitarian? Social? Civic? Organisational? Part of its beauty as a term is that it is adaptive, interpretive. It can mean what it needs to mean for you to feel a part of something greater than self, with agency to effect change within your own, and your networks, daily practices. The plurality of contexts in which this activist definition might be applied is also pertinent. There are any number of circumstances where individual agency can be realised through our ability to connect to others, from micro to meta.

There is a depth of reading to aid this subject - behaviour change science, the role of social networks in social movements, epistemology, community development, relational and systemic theory among many others. Without context, relational activism is a fairly meaningless label. But within a context of the growing chorus of voices who believe helpful and healthy relationships unlock social change, where meaning is found in connected networks, relational activism might well find resonance with many of you reading this.

As well as reading the O’Shaughnessy/Kennedy paper (to which we cannot do justice in a short blog), we invite you to explore the idea of relational activism, for yourself, for your community, for your profession. Critique it. Name the relational activists you know, tell their stories, shine bright lights on their endeavours, to acknowledge the "aggregate of tiny pushes" of each person who places high value on relationships in their pursuit of social change in their daily practice and private lives.

And to ask of ourselves – can we be hopeful and brave in being consciously relational, to build those "important emotional ties that help the wider community to be active in the social movement"?

Empowering young people to create a democracy for the future 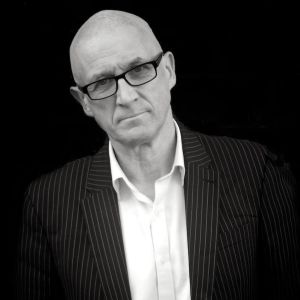 The RSA Tees Valley Fellows’ Network on their local work on democracy in schools.

Last week Matthew Taylor launched the new RSA strapline: 21st century enlightenment. The accompanying speech and pamphlet asks whether Enlightenment principles that have shaped the way we think about society – and on which ...

I've just posted an interview that Caleb Klaces did with Leo Murray for on the main RSA Arts & Ecology website. Murray did the clever little viral video Wake Up Freak Out - Then Get a Grip which has been doing the rounds ...