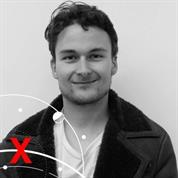 Jonny Ross-Tatam is an RSA Fellow and one of the founding members of Basic Income North, a network aimed at promoting a Basic Income throughout the North of England.

The Basic Income movement is growing. From Canada to India, Scotland to the United States, to the UK Labour party’s front bench, a growing number are supporting a Basic Income (aka a ‘Universal Basic Income’ or UBI).

What is Basic Income?

A Basic Income is similar to the Child Benefit and the Basic State Pension, except it is paid to all adults. It is a regular payment by the state to every resident as a right, regardless of circumstances, that will guarantee basic economic security for all and help to address the economic insecurities and anxieties many are facing in today’s economy.

The current ‘crisis of insecurity’ has seen a rising number of people using food banks or falling into debt and rent arrears. It has also been worsened by the current welfare system, with recipients pushed into further hardship by punitive sanctions and 6-week delays for their payments.

The combination of widespread economic insecurity and a failing welfare system makes a Basic Income even more of an imperative.

A Basic Income would also help extend the freedoms and benefits of economic security to everyone in society. It would always be there, supporting people as they transition between jobs, gained education or training, worked on a small business idea or take time to care for loved ones.

We already know from pilots in Canada and Finland that the greater economic security provided by a Basic Income can contribute to better mental and physical health.

Basic Income’s role in a positive vision for society, which guarantees basic economic security and freedom for all, is winning it a growing number of supporters all around the world.

The campaign for Basic Income in the north

Basic Income North, a new network, was recently established to support the growing Basic Income movement in the north of the UK.

The aim is to build on the great work that has already been done in promoting the Basic Income conversation across the north, by helping coordinate more events and using our networks to create further connections and opportunities.

The initiative involves a number of established groups and a range of people from across our communities, including campaigners, policy experts, academics and politicians.

The Basic Income movement in the north had its first notable political success in September 2018, when Liverpool Councillor Patrick Hurley (now chair of UBI Lab Liverpool) and colleagues got Liverpool City Council to back a Basic Income trial in the city.

UBI Lab Sheffield, which was born out of conversations at the 2016 Festival of Debate with the support of Opus Independents and the Centre for Welfare Reform, was established in 2017 and have a leading pilot proposal which has caught the attention of local and national politicians, including the Shadow Chancellor.

In June this year, Sheffield City Council passed a motion supporting a pilot.

UBI Lab Sheffield have gone on to establish a grassroots network of five UBI Labs across the north, including in Liverpool, Leeds, Kirklees and the North East. Conversations are underway about many more UBI Labs being set up elsewhere in the UK and across the world.

Our new Basic Income North network includes UBI expert Dr. Louise Haagh from the University of York, and has the support of the RSA and key northern groups including the Centre for Welfare Reform, the Centre for Local Economic Strategies (CLES) and the People’s Powerhouse.

There are also a growing number of MPs in northern constituencies who are advocating for a Basic Income, including Shadow Treasury Minister Jonathan Reynolds, Thelma Walker and former Labour leader Ed Miliband.

In May the RSA hosted the launch of Guy Standing’s report ‘Basic Income as Common Dividends’, which saw Shadow Chancellor John McDonnell MP call for Basic Income pilots to be included in the Labour Party’s next manifesto.

We are hopeful that more local councils, and our regional mayors, will follow their example.

Learning from across the UK Basic Income movement

We were inspired by the work of the Citizens Basic Income Network for Scotland (CBINS), which helped build a movement that won support for Basic Income trials in communities across Scotland, including Fife, Glasgow, Edinburgh and North Ayrshire.

This also links in with the RSA's work on Basic Income in Fife.

We want to learn from their success and help spread the conversation about a Basic Income to all corners of the North and, ultimately, across the UK.

We will start by hosting a series of public events in communities across our region:

The Basic Income movement is growing across the world and has taken root in the North. Let’s work together to keep spreading the word.

The case for basic income is growing. Scotland can take it forward ...

The RSA worked with the community in Fife and modelled the impact of UBI. It’s time for a trial in the UK.

What we didn't learn from Finland's basic income experiment 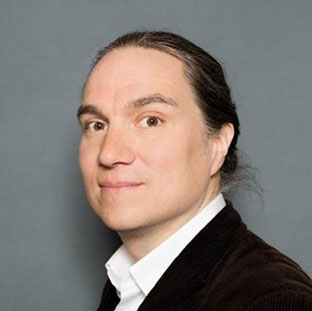 Finland's trial focused on those with a history of unemployment. The next one should be universal.

Universal Basic Income - a lot more than a policy