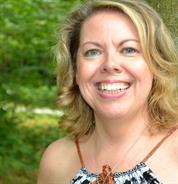 Sally Bonnie FRSA, Founder of Inspire Women Oldham and Young Women Changemakers, reflects on the recent 'Visibility Journey' of the women she champions and the importance of a new power approach in tackling some of society's biggest problems. Following the International Elimination of Violence against Women day this week, join Sally and Young Women Changemakers for an interactive event at The Steps on 2nd December.

It's been almost a year since I was invited by Ed Cox to be part of the "New Giants" Event; I reflect on an incredible year of becoming visible.  As I write this 60 women, young women and children have just marched through Oldham town centre in solidarity; calling for change, many of whom are survivors of abuse; many of whom have felt the full impact from 10 years of austerity and the domination of the “Brexit Syndrome''.  Too many women, young women and girls in the north are enduring conditions that would be ripe to appear in a Dickens novel.  Invisible voices in an old power structure built on the decisions of mainly white middle class men; devolution failing to see the great value they could bring in effecting change.

People often ask me the 'why' of Inspire and Young Women Changemakers.

There was a need.

I was tired of describing women and young women by the multitude of labels they carried around like shackles; keeping them stuck and disempowered.  My passionate answer however, and what drives me fiercely is because we are changed when we are seen and heard. I believe a vital issue for society today is how to make the voices and choices of women, young women and girls all count for something.

For many of the women, young women and children who marched towards the statue of the great "Annie Kenney", it was the first time they had ever been visible.  Proud to wear the orange rosettes they lovingly created.  Proud to the carry banners they had painted.  Proud to shout "We are StrongHer Together", and to unite in song and dance to "Speechless" and "This is Me". Seeing women who previously had only ever been seen as their label, climb onto a bench, passionately shouting their calls to action was one of the most profound things I have experienced in my 30 years of working alongside communities. Women and Young women who are using their lived experience to demand change for those who live life on the outside.

Living life on the outside for the young women who are courageously bringing the voices of the unheard to the RSA, has seen them experience the harshness of living in an unequal world.  Young women who at the start of austerity would find themselves on journeys that took them to feel the full impact of being a young woman passionate about politics; living in rat infested emergency accommodation; attempting suicide at 11 years of age, amidst a failed mental health system; and at just 17 a young woman knowing that her passion for human rights law would throw her into a world where inequality and privilege reign. Everything to do with Old Power; everything to do with being de-valued and unheard.

I would like you to imagine for a moment that whatever role you play in life, whatever you have done prior to this moment today that you are able just for a few moments to press the pause button. Imagine that up until this point in your life you have never felt heard; you have only ever been in spaces where you have been seen as something to be fixed; a passenger; medicalised; isolated; labelled; no value, no purpose, and no part of you felt that was ever going to change. Now imagine sharing a journey with over 500 women who experienced that too. That's Inspire Women and that's why they matter so much in the learning journey of those seeking new models of power. Participatory and equitable approaches to power that have enabled them to discover that wisdom and wealth resides in them, that they can invent solutions. It is an energy that is infectious. Their creativity and innovation showing that a different world, and a new approach to power is possible. Women discovering their voices, women changing because they are being seen and heard. That's how you get women and young women to go from being invisible to having the courage to stand on a bench; to lose the view that they have no value or purpose.

In contrast, Old Power models are closed, are rarely viewed through a gender lens, with exclusive access for the few. Meeting spaces have operated in the same way for centuries. The "few" set and control the agenda, systems and processes, ultimately making the decisions. You may be offered a seat because of your "lived experience", a seat from where you can "represent" the voices of those you champion, a seat from where after many years of attending you will decide that the only way change will happen is to have an honest conversation about power, and who with power really wants to have that?

New Power operates differently, it demands and allows for so much more, and has the potential to shape communities in strength based way.  It co-operates rather than competes, its language and approach is open and participatory, its peer driven; it organises collectively; its focus on emergence means it continuously evolves. It screams out everybody is welcome; everybody can contribute here.

So what are we asking for?

A partnership that starts from a non-traditional space that builds on our skills and that has a greater feeling of with the community rather than for the community. Creating spaces of equality from where this can happen.

Organisations that see citizens as active creators and problem solvers rather than passive consumers - improving the spaces and places that matter to communities - authentically co creating the services they want.

We want the RSA to consider "Sisterships"  to enable a gender focus, a call to action from our Young Women Changemakers ; its time, a 100 years says it time.

I would ask you to consider whether this is the future Annie Kenney pictured for them?  100 years on there is a rumbling in Oldham, a call to action built on a desire for change, for equality , for the invisible voices to be heard - their battle cry “StrongHer together” "Hear us". 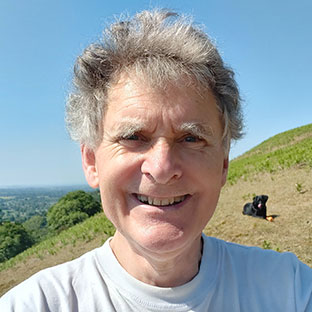 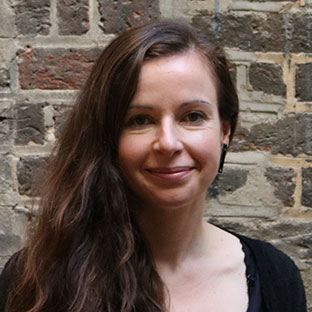