Between the run up to Christmas and a general election, it would be easy to overlook the latest global education rankings which came out before the end of the year.

For the UK, the PISA results brought good news and bad.

We’ve risen up the league table in maths, reading and science. But our teenagers are increasingly unsatisfied and “miserable”.

The PISA (the Programme for International Student Assessment) rankings are run by the Organization for Economic Co-operation and Development (OECD). They mainly aim to measure performance in reading, science, and maths across countries. They also ask 15 year-olds around the world about themselves and their experience of education.

While key figures in education warned of over-claiming from the academic results, there have been calls to examine the wellbeing results more closely.

The biggest takeaway should be that UK’s teenagers’ ratings for life satisfaction have fallen fastest amongst the 37 OECD countries surveyed.

The PISA results revealed that:

One important clue to the underlying cause can be found when we compare these numbers to another recent survey. The Children’s Society ‘Good Childhood’ report aims to measure the wellbeing of children in the UK by surveying 10-17 year olds. In this survey, the average score was 7.8 out of 10, higher than the 6.16 reported in the PISA survey of only 15-year-olds.

What key stressor is particular to 15-year-olds? Oncoming GCSEs.

The PISA survey found the UK had one of the strongest relationships between fear of failure and low life satisfaction.

This hasn’t snuck up on us. The 2015 results suggested growing concern over exams: for example, 72% of our 15-year-olds stated that ‘even if I am well prepared for a test, I feel very anxious’ compared to the OECD average of 56%. For our teenagers, this represents a worrying level of anxiety around assessments building into a wider fear of failure.

Add to this picture the long waiting times for CAMHs and cuts to spending on educational psychologists and you have pressure piling on without a proper support network. While Education Mental Health Practitioners are being piloted, they will take time to become widely available across the country.

Pressure also comes from another source – the world around young people.

A generation born after 9/11, they have grown up in a world where the increased threat of terrorism has coincided with more media platforms reporting on it– and it shows. A recent YouGov survey found that 4 in 10 British parents believe that their children are anxious about terrorism. In the Childwise Monitor surveying over 1,500 children between 11-16, their worries were more outward-facing than in previous reports: they ranked terrorism as their top concern, above bullying or getting a job.

Furthermore, young people are becoming increasingly anxious about the future of our planet. 87% of 16-18-year-olds are worried about climate change. This links to recent research on the rise of ‘eco-anxiety’, where fears for the future are being shouldered by young people.

In the UK specifically, there is Brexit. Interviews with teachers suggest this has placed additional strain on their classrooms as trying to bridge divides in opinion and comfort confused children. From personal experience as a teacher, when a student asks you “Will I get to stay in the country?”, they are bringing more to school than the usual worries.

Alongside these concerns, the number of children in poverty – despite living in a working household – has risen by 38% since 2010. The impact of this is well-documented across health, wellbeing, and educational attainment; children in poverty are also more likely to feel embarrassment and a sense of shame at school.

With all this, are we really surprised our young people are unhappy?

One thing we shouldn’t do is blame phones. They are an easy culprit. And there are concerns – like 85% of UK students in PISA using their phone in the hour before bed.

But the vast majorty of teenagers surveyed by PISA own a smartphone. The USA, with equal levels of screen time per week (30 hours), scores better than the UK on a wide range of life satisfaction measures. Smartphones should not be a scape-goat.

There is reason to believe that exam pressures and wider anxieties over political, economic and environmental shifts are coming together to reduce life satisfaction for UK teenagers specifically.

Learning from the highest performing country in the education rankings – Estonia

The main headline worldwide from the PISA results was Estonia’s rise in the rankings for achievement. How did they achieve this while scoring significantly lower for study anxiety and higher for life satisfaction?

In comparison to this approach, the recent Ofsted teacher wellbeing report suggested that our teachers feel overworked, undervalued, and stressed by inspections.

Therefore, we should think carefully about systematic changes that need to be made to support our teenagers both in education and in general.

We should call for greater investment in mental health services and re-evaluate our exam system. We should also acknowledge that our teenagers are facing different pressures to those in the past and devote time and resources into developing responsive measures to support them.

When PISA results are released again in three years’ time, we should be able to look back and think that we pushed for measures that support wellbeing as much as we focused on attainment. 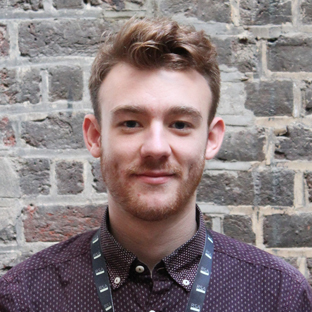 New RSA report outlines findings of a 15-month RSA project to develop and test a whole-school approach to mental health.

Is testing four-year-olds harmful or helpful? Reflections on ...

We need more data to reduce inequality. But could a 20 minute test label children for their school career?