Can we keep cash alive? 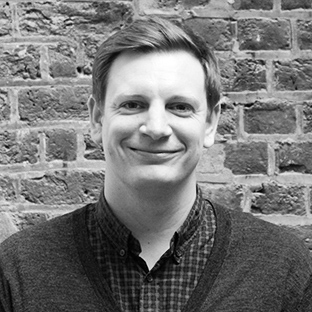 On our current trajectory we risk sleepwalking into a cashless economy that excludes and divides, says Mark Hall.

I don’t like cricket, I love it – all five days of a test match. But with the rise of the T20 format which excites and exhilarates, five-day test cricket can seem old fashioned, outdated, even boring to many. The infrastructure that underpins it is now under strain as the more lucrative, shorter formats are taking the world by storm. Many of my fellow cricketing purists are starting to worry, can we keep test cricket alive?

There is a similar story with cash.

Cash use is falling, while the rise of digital banking and payments over the past decade has been incredible. For many, the digital economy has made banking much more convenient: it can be managed from our pockets, it fits around our lifestyles and saves us from joining the queue at a bank. But for millions of others, life without cash would be almost impossible. Vulnerable consumers and smaller businesses are at risk of being disproportionately affected if cash disappears.

So, as the digital economy expands, can we keep our creaking cash economy alive?

Do we still need cash?

Access to cash was big news in 2019 and it’s making the headlines again this year.

The Access to Cash Review highlighted that while cash usage is declining and will continue to do so, it’s an ‘economic necessity’ for around 25 million people (45 percent of the population), with 8 million saying they would find life ‘near impossible’ without it.

These statistics are eye opening and cut across demographics. Cash is not just for older people. 97 percent of us still carry cash and it remains the most popular way to buy things for less than a fiver. Many find cash the easiest way to manage their finances and pay their bills. But will we still be able to get our hands on it?

The UK has lost almost two thirds of its bank branches in the last 30 years. In the past decade, the rate of closures has intensified, hitting rural and more deprived communities the hardest. One fifth of people now live more than 3km from a bank. Wales has lost over two fifths of its branch network (43 percent, 239 branches) since 2015, and there is no longer a single bank branch in Wentworth and Dearne constituency in Yorkshire, which has a population of 98,000.

We are now seeing similar trends with free-to-use cash points. In the past year, 13 percent of all free-to-use ATMs in the UK have closed and the number of cash points that charge fees has increased from a handful to more than a quarter. Closures are heavily skewed to more deprived (and less profitable) areas as well as towns and rural communities. Northern Ireland has been one of the hardest places hit, with 16 percent of their free-to-use ATMs disappearing – nearly double the rate of London and the south east.

It’s not just individuals that are being hit by bank closures. Small businesses rely on physical branches to manage their cash flow and access vital finance. The RSA’s Cashing Out report showed that closing the last branch in a town can lead to a reduction in lending to small businesses. With one in five firms unable to access the finance they need to grow, bank closures could further damage the UK’s poor productivity.

While many people struggle on as economic insecurity bites, others are cashing in.

The decline in cash points is, in part, being driven by a reduction in the interchange fee paid to ATM operators. They are becoming less profitable to run and unsurprisingly the costs are now being passed on to the consumer. The rise in cash point fees in 2019 alone was reported to be in excess of £29 million. Balancing commercial interests with societal need always has its limits and cash points are quickly becoming more expensive for those who can least afford them.

The same is happening with banks. The less profitable a branch is, the more likely it is to close.

And it’s not just the way we access our cash that is changing. Our payment options are determined by those who take them, not make them. Despite a public backlash, Tesco are phasing out cash on their self-scan machines and trialling cashless stores. If going digital can reduce costs, then an unchecked market will head in that direction. As cash transactions continue to tumble, expect to see cashless stores move from the margins to the mainstream.

While cash is free to use, it’s not without costs. Cash points and tills must be emptied and refilled. Physical money needs to be transported securely in vans. New £20 polymer notes and Brexit coins must be made. £40 billion of old notes are turned to compost. But regardless of these costs, while cash remains the only way everyone can access the economy, its immediate future is an absolute necessity.

So, how do we keep the cash economy alive? Action in three areas will be key.

Banking reform has been back on the agenda since the 2008 financial crisis brought the economy to its knees.

One idea the RSA has been supporting over the past couple of years is local cooperative banking. Local banks, owned by their members, would be more inclined to act in the interests of their region and have a strong commitment to maintaining branch networks and free-to-use cash points.

RSA Fellows are building these banks in Wales and the west and south west of England. The appetite for them is growing in local government, with the north west and north east exploring proposals. If they can attain a banking licence, these banks might be able to help stem the tide of branch closures, improve financial inclusion, and support small businesses to handle and process their cash.

Other think tanks and campaigners, including Positive Money, have argued for the government to use its majority shareholding in the Royal Bank of Scotland (RBS) to reform it so it works more in the public interest. This could be done by giving RBS a mandate to support local communities and a mission to lend to socially useful projects, such as green infrastructure and quality, affordable housing.

Another idea that has been promoted by IPPR, and was in the Labour Manifesto, is establishing a Post Bank – using the well-known brand and branch network of the Post Office to offer local banking.

There are benefits and drawbacks to each of these options, but all are worth exploring.

The Community Access to Cash Pilot Scheme is looking to bring the finance sector together with local communities to reverse poor access that has developed in many rural and deprived communities. Participating communities will design new ways to tackle cash access. This could include improving cashback facilities in shops and developing solutions to enable small businesses to continue to bank cash. This might not be transformational, but it could help bring communities together and surface solutions that are easy to implement and scale.

While it may be unlikely the government will back Labour’s plans for a Post Bank, the Post Office still has an important role to play. Last year Barclays announced they were withdrawing from an agreement that the Post Office has with 28 UK banks, which gives customers free national access to basic banking services at the Post Office. However, following public pressure, they took a U-turn on this. This was a welcome decision: both banks and the government should look to build on this agreement. Currently just over half of people in the UK are aware they can use most of the Post Office’s 11,500 branches for cash withdrawals and other simple banking transactions. While it’s not a replacement for banks, the Post Office has an important role to play in improving access and inclusion.

Our Cashing Out report called on the government to commit to maintaining a payment and savings system that is universal, free at the point of use and which protects personal privacy. We also called for them to develop a national strategy for universal access to cash and branches. You can read our recommendations in full.

This week, consumer group Which? are calling on the Treasury to “guarantee long-term access to cash in the March Budget, while developing a clear strategy to ensure that the transition to digital payments doesn’t leave anyone behind”. If the government doesn’t intervene, they warn that the UK cash payments system could collapse within two years.

All eyes are on the new Chancellor.

One day an inclusive, cashless economy may be possible – even desirable as part of the government’s levelling up agenda. But on our current trajectory we risk sleepwalking into a cashless economy that excludes and divides. As with my beloved test cricket, if we don’t act soon there will be no turning back.

Mark Hall is Deputy Head of Engagement in the Economy Team at the RSA. You can follow him on Twitter @MarkHallRSA.

Sign up to find out more about our emerging Radical Finance Hub below.

The speed of the UK banking industry's move away from cash and bank branches is harming many communities and poses real economic and social risks.

How can we redesign financial services for good?

Asheem Singh and Mark Hall discuss why attempts at financial services reform continue to fail us – and how a design-led approach can make a difference.