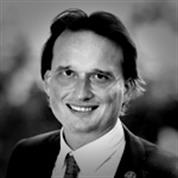 Leicester City Council was amongst the first of hundreds of local authorities to declare a climate emergency. This followed the Intergovernmental Panel on Climate Change’s report which warned that we were twelve years away from a global heating tipping point from which there would be no return. Subsequently there were forceful and eloquent cries of concern from Extinction Rebellion, Greta Thunberg and Leicester’s very own Sir David Attenborough: the science was bolstered by direct action and compelling rhetoric which became impossible to ignore.

Last November I launched Leicester’s Climate Conversation; three months of engagement with citizens to determine a roadmap to carbon neutrality. The responses are in and are being analysed. The result will be an action plan for the council and for the wider city, which will have far reaching consequences for the way we live our lives. The plan will aim to reduce carbon emissions much more rapidly than has been the case, because when the science changes, we must change.

With this in mind, I was determined that we did not carry out a ‘business as usual’ consultation in the development of our plan. I was keen to create ways for people to engage, that would enrich the process and help to build a mandate for radical action. It’s hoped that by employing different methods this mandate will be intrinsically considerate of potential unintended consequences, such as inadvertently placing burdens upon those with least means. In addition to an online consultation of the sort that informs proposed changes to council operations and services across its wide range of responsibilities, I wanted to create a space for deliberative democracy – something I’d become interested in, thanks to the RSA.

To deliver a citizen’s assembly true to its definition, and to provide a range of other opportunities for people to have their say, would have stretched our capacity and resources beyond what was feasible. Citizens’ assemblies have sophisticated selection processes and take place over a series of days, as being demonstrated currently by the UK Citizens Assembly on Climate Change set up by parliamentary select committees. Working with the RSA and Talkshop we found a way to simplify processes and reduce required resources whilst maintaining a high level of rigour. What materialised was the Leicester Climate Assembly held on 18 Jan 2020, attended by over 50 delegates selected anonymously against demographic data, from applications, so as to represent a cross section of the city’s population. In short, we tried to put ‘Leicester in a room’. Whilst our sortition method didn’t match that of a jury or citizens’ assembly, we were able to attract delegates who had an interest, knowledge and passion for the subject, as well as some that were coming to the issues afresh. This combined with the fact that attendees came from backgrounds as diverse as our city itself, created healthy, informed and solution focused discussion that was cognisant of age, ethnicity, religion, gender, disability and community.

Those assembled in the Attenborough Hall of City Hall in the centre of Leicester were put to work to discuss the changes that might be required in their homes, in workplaces, in transportation, through wider consumer choices, how we manage development and in the way we manage our waste: huge problems needing creative answers. Around tables people debated and voted on a range of actions, considering how we might benefit from the positive and mitigate the negative. This deliberative approach saw evidence meet real lives, with the aim of developing meaningful and robust interventions to reduce the city’s carbon footprint.

The buzz in the room was tangible and the quality of discussion both exciting and reassuring in equal measure. There were clearly expressed expectations and concerns, a combination that places a huge responsibility upon myself and others charged with delivering carbon neutrality.

We now need to firm up our all-encompassing plan for decarbonisation. In addition to the data gathered at Leicester’s Climate Assembly, we also must analyse results from self-led discussions in communities, our young people’s assembly and of course those important online responses. We will need to state clearly and convincingly the how we intend to grow our public transport, cycling and walking infrastructure, utilise vehicle to grid technology, move away from gas to renewably generated electricity, promote buying local and how we intend to bring forward a multitude of other measures that will be needed if we are to succeed. Crucially, we will need to do this in a way that reflects the citywide conversation we have been conducting.

As we consider ideas and fears expressed at Leicester’s Climate Assembly and through the other channels we have exploited, I look forward to launching the plan later this year in the knowledge that our journey to carbon neutrality will be both fast and fair. Not least this will be because of the work we have done, with the help of the RSA, to meet this challenge with the wider city and not by simply delivering a plan to it. I also look forward to developing our more deliberative approach to consultation across the council, as I am convinced that Leicester’s Climate Assembly created a space that will inspire good decision making.

Responsibility for the environment and transportation 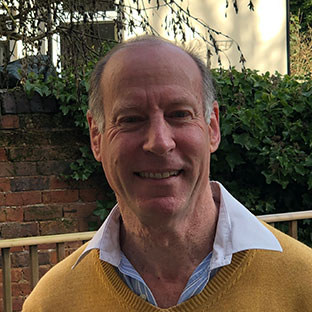 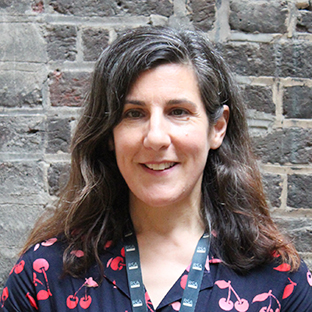