How will the coronavirus affect the gig economy?

Whether through self-isolation, stockpiling or a reduction in travel, the novel coronavirus is already having an impact on the world of work.

We consider the consequences for those in insecure work, and what can be done to protect against future crises.

Who will be worst affected?

Those seeking work on apps and online platforms. While it is hard to pin down just how many are currently working in the gig economy, estimates suggest well over a million people regularly work on gig platforms, a number which has grown rapidly over the past decade.

Others on irregular contracts

Workers on zero-hours or variable contracts, for instance, could suffer from the same issues as those in the gig economy. The number of self-employed workers is also on the up, with 4.8 million people (one in seven workers) now working for themselves. Just under one million workers are employed on zero-hours contracts, and 1.5 million are in temporary work.

Such as those employed by hospitals, care workers and others. These groups will have the most contact with the infected and the greatest strain placed on their industries.

What issues are they facing?

Gig economy workers will suffer if they self-isolate, due to not being able to afford relatively small economic shocks.

Many gig workers are treated as self-employed, contractors or franchisees rather than full employees, and therefore may not be entitled to regular benefits such as sick pay. Recent RSA research has found that 59% of workers would struggle to pay an unexpected bill of £500. Given the average UK wage is £585 a week, it is not difficult to see how disastrous a fortnight or more without pay could be. The demand for their labour is unlikely to be pushed back, particularly in the service industry – customers will not simply order more takeaways and take more cab journeys once the outbreak subsides.

A lack of worker protections and sick pay could increase the spread of the disease.

Unions have been warning about the staffing of hospitals, particularly the need for agency-working cleaners – outsourced hospital staff, including cleaners, porters and caterers, are being forced to work while ill. Workers in other industries may also hide symptoms and plough on rather than risk losing pay. If school closures are widespread, the NHS may also suffer from employees having to stay at home to care for their children.

If a significant number drop out of the workforce, and more home delivery is needed (due to people self-isolating), the value of gig economy labour could rise significantly. Were public transport to shut down, ride-hailing platforms could command the market for transport. This could be problematic if workers are incentivised to return to work by higher rates of pay, through surge pricing, despite being unwell.

The impact will also be felt by consumers.

Many rely on the gig economy for transport, food and other necessities. Services like Amazon, which employs hundreds on irregular contacts, may struggle to meet demand with a reduced workforce, potentially leading to shortages. Shares in supermarkets and delivery companies, such as Ocado, have already been rising due to stockpiling.

Broader economic problems created by the virus will also have an impact on employment.

The stock market saw its worst fall since the 2008 financial crisis last week, and investment and consumption in most sectors is plummeting. Countries with large initial outbreaks – such as China, South Korea and Italy - are already reporting severe economic losses. Economic contraction will reduce government revenues: Rishi Sunak has already said that the government will need to draw on emergency funding to deal with the extra strain on the NHS. This could have a longer-term impact on the number of jobs in the economy, as well as investment in training.

What needs to happen next?

Boris Johnson has said the government was considering “all reasonable options” to help self-employed workers who need to give up work because they are self-isolating. Today the prime minister announced changes that will make statuatory sick pay available from day one of illness (rather than day four), a measure which will not benefit those who do not currently receive sick pay altogether.

Over the next year

While previous court cases regarding the ‘employee’ status of gig economy workers have ruled on both sides, a significant economic and societal shock such as this, at a significant cost to the government, should lead to changes in this area. Gig economy companies could see a significant decline in revenue - while some concerned by worker retention may alter their practices, it is unlikely change will come from the within the firms themselves.

In the longer term

The government and employers must reconsider how workers are treated, and provide a new social contract which can buffer against crises. The coronavirus may demonstrate flaws integral to this new model of employment, and from keeping large swathes of the population in a position of precarity.

A portable benefits scheme, where the self-employed can accrue benefits such as sick pay across different employers, could be another option. The impact of the virus might result in a more radical recalibration of the welfare system, such as a universal basic income, which would help to iron-out personal finance issues during short-term economic shocks.

The RSA’s Future Work Centre is researching how to provide good work for all, and a new social contract for workers.

In these challenging times, it’s more important than ever that the RSA has a greater impact in helping society to effect lasting change. That’s why we are asking for your views.

The RSA believes everyone should be able to participate in creating a better future. Through ideas, research and our 30,000 strong Fellowship we are a global community working together to demonstrate practical solutions to realise change - but we can’t do it without you.

Whether you are an existing or former RSA Fellow, or someone who shares our vision and values, we want to hear your views on how you think the RSA Fellowship can be more impactful and the type of Fellowship needed to realise that change.

We have chosen Membership Matters, specialists in membership research, to contact you on behalf of the RSA to ensure results are independent, impartial and anonymous.

It shouldn’t take long and by taking part, you’ll be helping to make a difference and ensuring the Fellowship is served with the best possible resources and support to work together towards positive change in the years ahead.

Ethics and the coronavirus: protecting the vulnerable in an interc ... 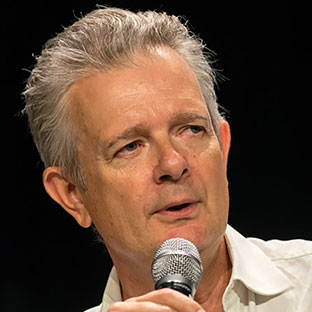 RSA Fellow Julian Sheather examines the ethics of government responses to coronavirus – how can we balance protecting people and allowing as much normal life as possible to go on?

Bad process is less risky in the short-term. But it won’t deliver real change. Matthew Taylor and the Policy Innovation Unit’s Dr Andrea Siodmok explore what makes a process good.