Beyond borders: the world after Covid-19

Adanna Shallowe imagines the world ten years on from the Covid-19 global pandemic. How has the global community responded?

“Fear drove people to run, to hide, to hoard, to protect their own, when the only solution is, and remains based in the community” - Ellen Johnson Sirleaf, Former President of Liberia

It is the 10th anniversary of the Covid-19 global pandemic which had a devastating effect for many countries all over the world. Today, the United Nations Global Health Security Council is meeting in Islamabad, Pakistan, to begin the week-long summit on Global Pandemic Response and Preparedness.

The UK Ambassador to the UN arrived this morning in Islamabad. As the current president of the UN Global Health Security Council, she is the head of the delegation from the member state that holds the rotating presidency.

She is aptly qualified to preside over the council’s proceedings with an extensive background in epidemiology and more so, she is personally driven to execute its mission. Both her immigrant parents were emergency doctors during the Covid-19 pandemic in the UK’s National Health Service.

Like many of her generation, she remembers vividly the human cost of the pandemic and the uncertain months of those challenging times as it disrupted many lives and grinded the global economy to a halt.

The twin impact of the threat of the pandemic and the economic tsunami which followed was painful for far too many.

In the years that followed, the global community reconciled its failings on an individual country level and collectively as an interdependent world. Diplomatic shortcomings, failed treaties and stunted talks became a thing of the past.

We are all interconnected.

The pandemic made real what was previously unimaginable.

As she opens her speech, the UK Ambassador to the UN says she feels very proud of what has occurred over the past decade, but deeply aware that more needed to be done.

She notes that in the decades preceding the pandemic, despite being acutely aware of its likelihood, the global community was ill-prepared, ill-equipped, grossly distracted and de-prioritised human dignity.

The pandemic, which was a global crisis unlike any other, illustrated the need for the global community to reassert its principles through the lens of human security.

Although the concept of human security was both implicit and explicit within the operations of the UN system prior to the pandemic, it was perceived as secondary to military security.

During the pandemic, the UN Security Council (the most powerful body) was rendered irrelevant as countries were unable to convene and mobilise a collective response. This was mainly due to the tension between China and US and a significant global leadership void, resulting in an appeal by the UN Secretary General for a global ceasefire in lieu of a UNSC declaration /resolution.

The UN Human Security Charter led to a massive restructure of the UN system, aimed to emphasise delivery and implementation around these seven elements of human security across all nations, irrespective of wealth or size.

In the area of health security, the Charter sought to ensure health care as a basic human right for all and guarantee the protection from diseases. The mandate of the Global Health Security Council was ‘to enhance country capacities to prevent, detect and respond to infectious diseases and to emphasize global health security as a national leader-level priority and galvanize high-level commitments to global health security.’

In effect, it subsumed the work of the Global Heath Security Agenda, but reprioritised it within the UN system and therefore every country in the world became participating members.

This also laid the groundwork for the restructuring of the World Health Organization and reprioritisation among member states to support its programmes of work, both in terms of financial resources and as a clearing house for capacity-building initiatives.

It also heralded the establishment of regional pandemic observatories which sought to detect, identify new viruses.

Alongside the observatories, it created regional health security emergency response bodies that have the operational capacity to design, manufacture and deploy resources in the event of an outbreak. They regularly run regional and international simulation and preparedness exercises with national emergency teams in order to ensure responses are coordinated and effective.

The Charter also catalysed a range of public-private partnership arrangements for critical medical equipment and resources at a regional level.

Regional hubs were created all over the world, with multinational organisations operating in consortia with other agencies to supply essential resources (and spare capacity) when needed. It also secured the production, procurement and equitable distribution of vaccines to guarantee accessibility to most vulnerable. This was a monumental achievement.

As participants in the deliberations on the UN Human Security Charter, global private foundations and philanthropists were invited to contribute their expertise, experience and significant financial resources which impressively supported the work of international agencies during the pandemic. They have committed to do the same again.

Building a bridge towards international cooperation

At the end of her speech, the UK Ambassador to the UN concludes that what we have is not perfect, but it is a substantial improvement.

She says, ‘Our old paradigms calcify in the wake of global crises. The human cost is too high to bear. Our ineffective, uncoordinated response must never happen again. We must be people-centred, comprehensive and coherent to be effective.

‘Pandemics do not respect borders. We cannot retreat into ourselves. We must build a bridge towards international cooperation and collaboration to confront these 21st century challenges.’

Global solidarity and the Covid-19 crisis 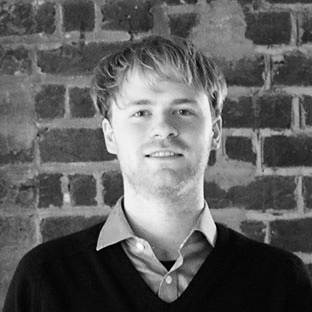 Global solidarity and international cooperation are key to coordinating a better response to the coronavirus crisis.

Does the global response to coronavirus suggest we can confront ...

What can we learn from the coronavirus pandemic about the conditions that we'll need to tackle the climate emergency?