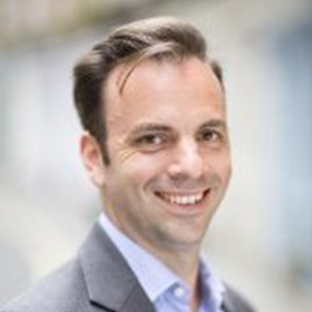 The Government’s UK digital strategy – published last week - is a comprehensive, rigorous commitment to government playing a part in delivering the infrastructure, skills and conditions necessary to ensure the country can benefit from rapid changes to technology over the next five to ten years. It will probably fail.

The strategy contains clear analysis of the need for the connectivity - via broadband and 5G - the country will need, without falling into the trap of predicting how they will be used. It has a sense of priority – for example, the need to ensure consistency of connectivity on the transport network. It commits the government to working in partnership to ensure all citizens have the skills and confidence necessary to perform basic digital skills. In line with the Government’s industrial strategy, the work of Catapults will continue to create an environment for fintech, pharma and advanced manufacturing firms to flourish. And, whilst this has been made harder by Brexit, the strategy does include a commitment to examine the case for ensuring that foreign-born citizens can continue to support UK businesses. The refreshed focus on cyber security and data security is important, particularly given the absence of standards for connected devices.

The development of a strategy is more important than its publication. The digital strategy development began in the right way. I attended one of a number of workshops where anyone could join, physically or virtually, to develop a submission to the strategy, which was to be for the UK's first digital strategy. The event, in Hackney, was attended by a combination of digital practitioners, entrepreneurs and civic hackers and the results were shared openly.

It's a shame, therefore, that the strategy lacks any mention of culture or democracy. It's a government document which examines the state’s role in relation to other providers. Given current debates about fake news, the omission is particularly jarring. There was no draft strategy developed in a wiki, no prototype solution tested, or clear calls to action for other interested parties. It ended up as a standard government document.

The strategy is vulnerable because it lacks an honest assessment of the challenges of delivery, a clear guiding principle, or an account of the political culture necessary to support and challenge its progress.

Digital change is particularly challenging for hierarchical organisations because it cuts across traditional responsibilities. Officials and ministers know this from the record of its own Government Digital Service. The focus of GDS’ centralised team (2010-2016) is being replaced by a more consensual, federated structure. The thinking is that embedding digital within each department will achieve more fundamental change. But the reality may be that departments pursue competing objectives, or try to solve the same challenge in different ways. For example HMRC is apparently building a competitor to the government's new identification service, Verify.

This challenge of coordinating so many different parts of government runs through the strategy. For example, it describes libraries as an important service to support people developing digital skills, but offers no means of sustaining the library service. It acknowledges that Robotics will mean many manual workers needing to learn new skills, but no government has yet succeeded in designing a successful adult reskilling service. So, who to hold account if the commitments to building digital skills fails?

The absence of a clear guiding principle for the strategy makes the job for senior ministers and officials, as well as the wider community, harder. How will the employment needs of technology companies be weighed against the immigration targets, or takeover bids in the mobile phone industry considered against the need for investment and competition amongst 5G providers?

The strategy’s failings may reflect the absence of a political culture to underpin it. There's no campaigning charity that was leading a campaign of impatience at the 14 months it took for the strategy to emerge. Beyond occasional articles in the technology sector, there's little talk of digital in the Westminster village. Among the many priorities of Government who will push back if alternative commitments are prioritised over key aspects of the digital strategy.

The UK's digital strategy is likely to be its last. The core ideas will instead be embedded in government policy making. But given the gaps in the strategy, and the traditional path on which it ended, business as usual may be the most likely outcome.

Matthew Cain FRSA and Head of Digital at the London Borough of Hackney.

Why don’t politicians trust us with our data?

Director of Economy Asheem Singh on why the RSA, ODI and Luminate have launched a campaign empower people to take back control of their data.

Security expert Jonathan Craymer FRSA is testing a new and potentially revolutionary form of authentication for our personal devices. 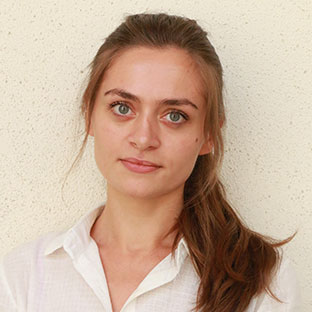 Policymakers and algorithm coders should be the ones educated about the ethical and societal issues associated with using personalised online content, not consumers.