The progressive case against UBI 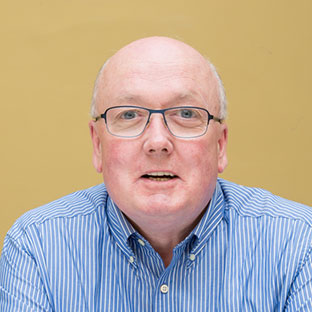 The RSA is a well-known advocate of exploring universal basic income and its potential. Not all our Fellows agree. James Murphy FRSA believes that the concept is fundamentally flawed and argues that is time to abandon the idea.

A tool is not a strategy. An idea is not a philosophy. A wheeze, no matter how striking the noise it makes, may well be no more than the onset of some unseasonal chills. Such is the case with proposals for a universal basic income (UBI).

Many among us – including the RSA – armed with perfectly valid critiques of our socio-economic order, have grown enthusiastic about the dream of a universally distributed income independent of the individual citizen’s contribution to the formal economy. I believe it is time for policymakers and advisors to stop the fieldwork, bin the whole thing, throw the baby out with the bandwagon. UBI’s 15 minutes of fame are up

Look at it this way. Imagine that you are professor of social science from Mars. You know Earth well and you teach a class each semester on how to measure the wellbeing of the blue planet’s economy at the continental and regional level. Your students know you to be something of a political progressive and they learn from you that their analytical focus must fall on three exercises. Firstly, prevailing GDP per capita per country must be tabulated. Secondly, the tax-take expressed as a proportion of national income must be noted. Thirdly, each economy’s growth rate, historical, current and potential, must be put on the scales. To view Earth through these overlapping lenses will provide a definitive vision about the welfare of human beings wherever they live.

It is astonishing how much of our earthbound macro-economic discourse, contemporary and self-regardingly progressive, denies the hegemony of these features or would wantonly marginalise them within the search for optimised policymaking. Into this very critique, we can introduce UBI in every form the idea can take (from limited and flexible to rigid and permanent). Redistribution has certainly to be prominent in the salad of human progress but it cannot be the only fruit. Sadly, UBI advocacy chimes with all those voices who insist that growth is not only inessential any more it is actually corrosive to our economic and social health. Invariably too, UBI advocates will catastrophise the setbacks endured by the global economy since 2008 in an attempt to convince that the big baddie called neo-liberalism is the only one running the show.

In fact, the welfare state, wherever it can be said truly to exist, has been extraordinarily resilient in protecting the interests of its populations in these troubled times. And it has been resilient as a direct result of the growth that was accumulated in earlier decades. In an economy like the UK, trended macro-growth of 2.5% per annum led – roughly speaking – from 1952 to 2008 to a doubling of total national income every 25 years. This in a country with reasonably powerful and embedded mechanisms of redistribution including the NHS, state pensions and benefits and open-access education.

Now, because of the grotesquely weak machinery of regulation in the financial services sector, GDP growth faltered after 2008 and national welfare systems groaned like hell under the strain. With the strain continuing, this is no time to act as if only glorified, laboratory redistribution-experiments can bring relief. Indeed, this is no time to imperil the fundamental principles of social democratic welfare. UBI proponents like Guy Standing might argue that once we have established a basic income for all (at whatever level of regular payment) then “a basic income need not – and should not – be a calculated means of dismantling the welfare state”. What a worrying explicit and explicitly worrying thing to say.

Precisely because they are extremely expensive and precisely because they have to keep adjusting to shifting human need, welfare states are always going to be politically vulnerable, exposed to the charge that they are underperforming in one theatre or another and open to demands that they devour less money. We do not need the proponents of UBI to help throw the whole precious concept into doubt. Welfare-ism under growth: the model works better than any known alternative.

GDP per capita in Honduras is about $3,000. In Denmark, it is about $61,000 and the tax-take is close to 50% of GD. Danish welfare programmes, while benefitting all, are heavily targeted on those in greatest need. While it matters how big the state is in Honduras, the economy’s failure to grow and grow hard matters more. No immiserated family in Central America is likely to benefit from any conceivable form of UBI. And in Denmark (or anywhere else in the EU) the greatest supporters of UBI are most likely to be those ideologically committed to compressing welfare spend.

I am sure that the RSA has worked hard and has quite possibly devised the best version of UBI going. At worst, the policy debate mixes hippiedom and NVQ economics. Regardless, a good policy cannot follow in the groove of a badly mistaken principle. UBI is regressive and in practice would damage other theatres of public spending and direct resources away from those who need it most. Proponents of UBI see it as one way to make the world a better place, one allotment at a time. But with global GDP growth barely 4% in 2018 and with populist barbarians trampling the temple, progressive opinion must not take its eyes of the prize: a high tax economy where work and innovation are rewarded so that national reserves can, in every sense, swell even under all the threats that globalisation brings. We do not need a basic income. We do need to go back to basics.

Formerly Editorial Director at the Future Foundation, James Murphy works as an analyst and forecaster in the field of socio-economic change. www.rinklifunstaz.com