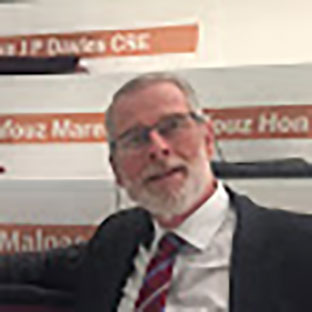 Despite decades of evidence on the shortage of affordable housing and successive political commitments to tackle this, in the last 30 years, Britain has built around 3 million fewer dwellings than are needed. Patrick McIntosh FRSA asks whether the current pandemic may finally see the affordable housing crisis become a problem that we actually want to solve.

Even before Covid-19 brutally highlighted the impact of poor, insecure and overcrowded housing on people’s health and wellbeing, few of us would, I hope, seriously dispute the pressing need to create decent, affordable homes for key workers. This includes creating a sustainable rental market and to bring the property ladder closer to a younger generation who find it increasingly out of reach.

The statistics speak for themselves: families headed by 30-somethings are only half as likely to own their own homes now as baby boomers were at the same age, and about 11 million people now live in privately rented accommodation, a figure that has doubled since 2002, as house prices have risen. The fundamental problem is that demand for new, affordable, desirable homes is far outstripping supply, whether for social or for private housing.

For years we have heard of the need for major reforms to incentivise new housing schemes, yet fewer homes will be completed in this decade than at any time since the Second World War.  Furthermore, most of the homes that are being built are not in the areas of most demand, such as London and the South East, meaning younger generations are having to put up with longer commutes and more confined living spaces, even as they spend a greater proportion of their income on housing than their grandparents.

Successive governments have acknowledged the above, and pledged reforms to build more homes. But in the last 10 years there have been 10 different housing ministers – and five in the last two and a half years alone – giving the impression that housing is a political hot potato that no one wants to grasp. Meanwhile councils are stalling new developments through a lack of staff and resources in their planning departments.

I have seen this first-hand, after first writing here two years ago about my own plan to build 88 new homes in Smallfield, near Gatwick Airport in Surrey. The county needs to build more than 96,000 new homes in the next 12 years, just to keep up with demand. But 73% of the land within its borders is designated Green Belt, leading to predictable retrenchment and ‘not in my back yard’ opposition to new developments, including mine.

Before I continue, let me declare an interest. My chartered financial planning company, KMG Independent, owns the plot where Dowlands Park is to be built, should permission be granted, which is a disused field that is also designated Green Belt land. But I am not a typical developer seeking to rip up the countryside and make a quick buck. Rather, I intend to set up a housing association through my charity, the KMG Foundation, and transfer the land to the charity to ensure that a mix of both owned and rented properties can be affordable, in perpetuity.

Our proposed new homes are also intended specifically for people who live and work in the local community, and will not be available to those who want a second home or a buy-to-let asset. We have aimed for the highest environmentally-friendly building standards as spelled out in the government’s own reports, and have tried to accommodate local concerns at every stage. But getting even this not-for-profit, immediately deliverable development through the planning system has not been easy, nor cheap.

After two years of discussions and two separate planning applications – costing around £250,000 in designs and fees – our local council admitted that it could not consider our plans within the required time frame, due to a “a large-scale restructure which has impacted levels of service”.

We were left “in limbo” without a decision on planning permission, so have now appealed to the national Planning Inspectorate, but sadly my frustration is not unique. I In the last five years more than 6,500 applications to build “major developments” of more than 10 properties have not received a decision within the statutory 13-week time limit. The pandemic has slowed the work of the Planning Inspectors, like other parts of the economy, so we are forced to wait yet longer for the green light for a scheme that we believe fulfils the stated aims of both local and national government.

What can be done?

So, while we wait for a decision, what wider lessons have I learned, that might help solve the housing crisis?

Firstly, in Surrey and across the country we should re-examine the green belt and de-register selected parts of it. I realise this may sound controversial or politically sensitive. I am a passionate environmentalist and lover of the countryside. However, the need for new private housing developments – let alone social housing – is pressing. As the chair of the National Infrastructure Commission and others have pointed out, there is a lot of scrappy and redundant green belt land out there, and re-designating even a small fraction of it would go a long way to providing more space for affordable housing.

Secondly, we should standardise planning across the whole of the UK with clearly defined guidelines, which can be easily followed by everyone, with little room for varying interpretations by local government.

Thirdly, once planning permissions have been granted, we should set tighter enforceable deadlines for building to start, and further deadlines for completion. This would help deter ‘land banking’, with many large developers sitting on their plots and manipulating the market to suit the most profitable time for development.

These three actions would, I believe, release vast amounts of redundant land at a cheap price. The application process would be affordable and easy to follow for small developers and thus create much more supply and competition into the market, helping build those 3 million homes that are so desperately needed.

There is a lot of talk these days about fighting Covid-19 and the need for same sense of unity and resolve that we saw in the Second World War. As we celebrate today’s key workers on the frontline of the pandemic, it is worth nothing that in the aftermath of that war, political leaders competed over who would provide the necessary ‘homes for heroes’. They should now commit to do the same for the current generation.

Patrick McIntosh, FRSA, is a chartered financial planner and philanthropist

who previously donated towards the renovation of the RSA’s Rawthmells coffee shop. For further information about Patrick and his charity, please visit: www.kmgfoundation.co.uk.

Glanville Williams FRSA asks whether discrimination could be the reason why black and minority ethnic healthcare workers are at a disproportionately high risk of becoming critically ill with Covid-19.

Why we shouldn’t use war metaphors to talk about healthcare

Talking about Covid-19 as a ‘battle’ can leave behind many patients.