Is it time for 21st century cathedral thinking?

Cathedral thinking provides policymakers with an opportunity to re-envision the future they would want for their children and their children’s children. Jane Davidson FRSA argues that the Well-being and Future Generations (Wales) Act 2015 provides one intergenerational model for others to follow.

When I came to live in North Pembrokeshire, one of our greatest joys was to find ourselves stewards of a small woodland that had not been touched for nearly half a century. The trees are a very British mix; mostly broadleaved with ash as the dominant species and a huge number of self-seeded wild cherries with their wonderfully richly red-brown coloured trunks. There are oaks whose roots must have been laid in the time of the industrial revolution and where some branches are now embedded as lintels and windowsills in our home. What there was not were either horse chestnuts for conkers or sweet chestnuts for its fruit, despite these trees being able to live to be up to 800 years old.

One of the first things we did when we moved in was to plant two of each from local stock. When city friends asked us why we were planting trees that we would not see bear fruit, we responded that our children and grandchildren would. In essence, the act of planting a tree to outlive you and your children can be called ‘cathedral thinking’, where long-term goals require decades of foresight and planning so future generations can enjoy their realisation.

As a baby boomer, I have spent years feeling of my generation is a bad ancestor. The wartime generation wanted my generation to succeed to make up for their ultimate sacrifice; for us to have lives without war, without want, with full employment and with decent housing. One of the tenets of the Attlee post-war government in 1945 was to create a long-term vision of opportunity for the next generation and beyond. After six long years, battered by war, the voters wanted an end to austerity. The country might have felt broken but people wanted hope and they voted in their millions for a collective vision of a welfare state, which leaves no-one left behind.

We should have continued to be that standard-bearer but instead what I see today is an erosion of that vision. Young people are poorer, less likely to be homeowners or to have pensions than my generation. If you are under 30 now, you have probably acquired thousands in student debt for your university education, had your wages held down by austerity and seen public services and opportunities shrink. You and most of your friends are probably furloughed, with your education on hold, living in poor accommodation and worried about losing your job later in the year. More of you are seeking mental health support than ever before.

Last week, I heard a newscaster say: “I don’t want to sound apocalyptic, but do we just have to write this generation off?” Emphatically no, but how on earth did it come to this?

It is the government that sets the tone and the agenda in a democracy. Any reset post-Covid-19 must ensure that humans can live in harmony with nature and that future generations do not pay the price for the failings of the current one or its predecessors. The governments of all nations in the UK have been given a once in a lifetime chance to build back better. As John Rawls, the American philosopher says: “do unto future generations what you would have had past generations do unto you.”

In Wales, five years ago, the government exercised cathedral thinking when it passed the Well-being and Future Generations (Wales) Act 2015 to protect the rights of future generations in everything it and its public services delivered. Perhaps the time has come for such commitments to be made across the UK and more widely.

In a democracy, good governance and decision-making foster trust. The journey to the Act in Wales was a long and bumpy road but its ambition has given Wales a massive global opportunity. By enshrining intergenerational justice into law, current and future governments are required to deliver on the Act’s obligations, and the world is watching. How they deliver is also enshrined in law: they must think long-term, preventatively, collaborate with others, integrate their outcomes and involve those affected by decisions. Importantly, the Welsh government does not mark its own homework: there is an independent Future Generations’ Commissioner and Auditor General to apply external pressure, as ultimately can the courts.

Of course, passing legislation does not of itself make change even though Wales did receive global recognition following the Act’s Royal Assent in April 2015. The UN response was that: “what Wales does today, the world will do tomorrow”. Current and future governments in Wales now have the opportunity to demonstrate that the Act has changed how decisions are made and that future historians will be able to document actions commensurate with the government’s ambition, not least on climate change.

In the same year the Act was passed, the Welsh government introduced presumed consent for organ donation; last year it turned down a motorway proposal on environmental grounds and earlier this year banned the smacking of children. This week saw votes for 16 and 17 year olds in Welsh elections come into law.  The 2020-2021 budget’s focus is on “a more prosperous, more equal and greener Wales”, where a prosperous Wales is defined within the Act as an “innovate, productive and low carbon society which recognises the limits of the global environment”.

The need for long-term thinking has never been more urgent, yet it is completely counter-cultural to a society accustomed to fast food, whose attention span is often limited to the latest tweet and, up until now, has been content to leave the voice of future generations out of politics. We live in the tyranny of now, where those not yet born have no voice at all although decisions taken today – or not taken today – will have profound impact on the quality of their lives. Now, due to Lord John Bird and Caroline Lucas MP, there is growing interest in creating a Future Generations’ Commissioner for the whole of the UK and their campaign #todayfortomorrow is gathering momentum.

I have a simple ask. I want a world where my grandchildren can watch those chestnut trees rise from the woodland floor knowing their children will also be able enjoy their fruits. My grandparents would have expected nothing less. So why should we? Legislating for future generations is twenty-first century cathedral thinking and there is no better time to start than now.

Jane Davidson is an author and environmental activist and chairs the RSA in Wales. She served as a Welsh government minister and has worked as a university Pro Vice-Chancellor and land restorer. Her book, #futuregen: Lessons from a Small Country is out on 4 June and forms part of her mission to mainstream sustainability.

The case for Universal Basic Income after Covid-19

We all feel powerless at the moment. We know more economic damage is coming. That’s why now is the time for a Basic Income.

Liberal democracy in the time of pandemic 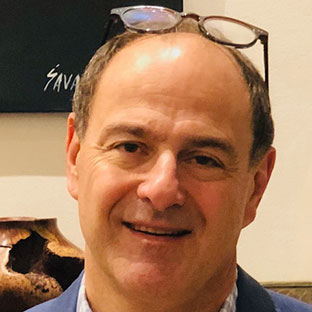 Once the pandemic is over, we must assess the abridgment of rights and freedoms which we were deemed to accede during the crisis.

What's the best age to be?

I became 35 today, and have the cake and candles to prove it. It therefore felt particularly serendipitous to read the headline in the Guardian: Is 35 really the best age to be?