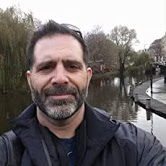 Human-centred design has become something of a default in design circles. Chris Oestereich FRSA explores different approaches and argues for greater citizen control.

I recently had the chance to participate in a workshop with colleagues at the United Nations Development Program (UNDP) Bangkok Regional Hub, which helped us take a look at our work and how we interact. The program, based on the human-centred design process, provided us with an opportunity to take a ‘big picture’ look at our efforts as well as drill into the minutiae. We explored things like the group’s theory of change and the many and varied ways in which we interact. The effort helped us gain a better understanding of how we were fostering and inhibiting progress toward our desired outcomes. It was an eye-opening exercise that offered us the chance to think about what we might want to rethink.

As a new member of the team, I felt fortunate to have the chance to get to know colleagues and to see how the group would interact in an open forum that posed hard questions. And, as a facilitator who leads similar workshops, I looked forward to learning from the ChangeLabs team’s methods.

My first exposure to human-centred design came through the work ofIDEO, the design and consulting firm that combines the approach with the concept of design thinking. IDEO is the sort of organisation that gets hired to provide expertise and devise solutions for others. The organisation describes it as being: “about cultivating deep empathy with the people you’re designing for; generating ideas; building a bunch of prototypes; sharing what you’ve made with the people you’re designing for; and eventually, putting your innovative new solution out in the world.” In other words, they gain a deep understanding of the circumstances – aiming to see the challenges through the eyes and experiences of others – and then work to develop something that works better.

While their methods can offer people the chance to participate in designing the solutions they will live with, that is often not the primary aim. Even if it is, less value may be attached to the contributions of these participants, and they might only enter the mix if the people leading the process choose to make it happen. Less inclusive approaches seem better suited to relatively narrow problems for groups with relevant expertise—complicated, rather than complex challenges in terms of the Cynefin Framework. It can also limit the opportunities uncovered in the process – thereby muting the potential for additional impact – while also marginalising participants as recipients rather than co-creators.

This flavour of human-centred design recalls the late Buckminster Fuller’s ‘design science’, which brought teams of experts to the then-nascent field of design. Fuller’s efforts pursued an iterative approach that embraced failure, but it did not centre end-users as collaborators in the process. Instead, Fuller’s teams of experts tended to treat the communities they served as recipients. This might work well in cases of narrow, well-defined problems, but it seems less suited to challenges that require a breadth of knowledge and an understanding of context.

Another way of implementing human-centred design stems from the Scandinavian idea of participatory design, the forebear of cooperative design or co-design. This model aimed to include the people who would live with and support the changes they created. Rather than recipients, the people at the centre were co-creators. They brought their capabilities and knowledge of the circumstances to the table to engage in the process.

The Scandinavian way aligns well with Sherry Arnstein’s work in the field of participatory decision-making developed in the 1960s. A paper Arnstein wrote while working at the US Department of Housing, Education, and Welfare introduced the idea of a ‘Ladder of Citizen Participation’. Arnstein’s Ladder is a conceptual framework that plots varying degrees of empowerment, which can help us consider how we treat the people we aim to serve in the way we approach our work. Arnstein’s Ladder had three sections: non-participation at the bottom, degrees of tokenism in the middle, and degrees of citizen power at the top.

The non-participation levels limit access to planning or conducting programs while enabling “powerholders to ‘educate’ or ‘cure’ the participants” via the first and second rungs, Manipulation or Therapy. The third and fourth rungs, Informing and Consultation, “allow the have-nots to hear and to have a voice.” The fifth, Placation adds the ability to advise powerholders, while they maintain decision-making authority. The top three levels – Partnership, Delegated Power and full Citizen Control include gaining the ability to negotiate and allow for “citizen power with increasing degrees of decision-making clout.”

I have used Arnstein’s Ladder in teaching, as well as in workshops with theCircular Design Lab (CDL), a citizen-led effort that is developing a community of systemic designers; people who fuse design thinking and systems thinking together. Doing so gives participants a chance to think about how they are approaching the opportunity and ask whether they are heroes, collaborators, or something else. At the extremes, the difference is stark. Whether it centres community members as participants or recipients, the process starts similarly. Design teams work to foster a deep understanding of the needs and circumstances of the communities they aim to serve. From there, one camp typically goes off to work on solutions, while the other digs in with community members who will live with and support the changes they collaboratively design.

I have spent years working with big, messy challenges through my work and volunteer efforts. Early on, I thought I needed to acquire relevant expertise so that I could ‘solve’ the problems. Over time, I’ve come to view things differently. The knowledge I gained along the way is undoubtedly helpful, but if I’m genuinely addressing the kinds of complex problems I want to work on – the so-called “wicked problems” – then I expect not to have all the answers. Instead, I look at it as a puzzle with pieces scattered among participants. Rather than trying to solve problems myself, I now try to help participants find solutions together. I’ve found that driving change in this way offers two significant benefits: it avails possibilities from the collective skills, knowledge, and creativity within the group – the group has far more puzzle pieces than any individual – and it instils a sense of ownership. Given a choice between what I consider to be an optimal solution that lacks that sense of ownership, and a suboptimal one that’s supported, I’ll take the latter every time. In my experience, that option has a far better chance of fostering impact that’s sustained over time.

Part of this change in outlook is surely maturity, but I think it also has something to do with culture. In the US, we tend to valorise individuals. We lauded Steve Jobs, but how many people helped bring his ideas to life? Having lived in Thailand for the past five years, I’ve become more accustomed to the collectivist approach that’s more common here. My experience leaves me wondering how it might change outcomes if we assumed everyone we work with could help us achieve something that would otherwise be impossible?

Getting back to Arnstein’s Ladder, it could be interesting to consider where work might ideally occur on it (this is likely to depend on the circumstances) and to then review how it happens in practice. It would also be interesting to see if the perspectives of those leading the effort and their participants viewed matters differently. In other words, do the process leaders think participants are on one rung of the Ladder, while the participants feel they’re a rung or two lower? Doing so could open the door to opportunities to improve how such work is performed, or at worst, validate that it aligns with intentions.

Chris Oestereich teaches at Thammasat University’s School of Global Studies in Bangkok, Thailand. His firm Linear to Circular helps organisations rethink how they do business and designs circular economy programs tailored to create financial and environmental benefits. Chris is a co-founder of the Circular Design Lab, an open innovation community platform, and he’s the publisher of the Wicked Problems Collaborative. His next book, Pandemic Capitalism, will be out in early July. 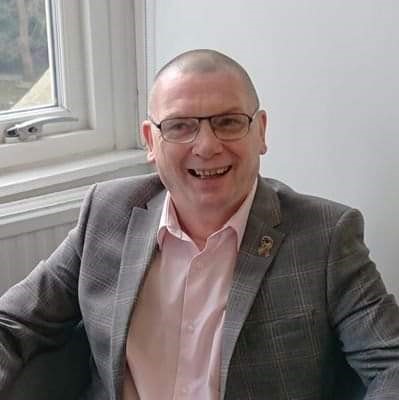