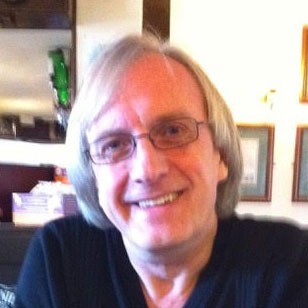 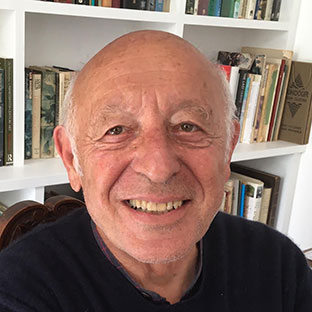 A lot of public housing has been transferred over the last few decades into the private sector through housing associations. However, many of the public housing projects that were lauded at their time of construction are still functioning since the high point of design quality, which many believe was the 1960 and 1970s. As devotees of the importance of high-quality public housing, Nabeel Hamdi and Bob Greenstreet FRSAs decided to find out how are these holding up after 50 years of constant use.

In the UK, council housing, has been an integral and highly visible part of the residential urban environment since its inception, accommodating as much as a third of the population by the 1970s. Given its visual prominence in our towns and cities, it should surely have merited careful design consideration, although this has often not been the case, as many a dilapidated ‘sink’ estate can attest. However, there are many examples of good public housing that are worthy of review, especially as some have been in use for many decades now, which exemplify the fusion of good design and housing quality.

While the roots of council housing were laid in the Public Health Act of the late nineteenth century, it is the 1919 Housing Act which directly sought to create ‘houses fit for heroes’ after World War One and initiated the proliferation of local authority owned homes. Guided by the robust standards established in the 1918 Tudor Walters Report, many solid, well-designed homes were created, although these standards were later reduced leading to the creation of smaller housing of less quality.

In some instances, there has been a stigma associated with council housing. Early legislation referred to the provision of homes for ‘the working classes’ and ‘the poor’, while American public housing was deliberately designed and located to ensure it was not mistaken for or integrated with owner-occupied homes (lower-quality, smaller size, fewer amenities, separation of ‘the Projects’ from middle class neighborhoods and so on.). This was deliberately addressed after the Second World War when, in 1946, the mandate of public housing was elevated to envision a more uniform quality and dignity for all housing.

In the UK, the 1963 Parker Morris standards, which remained in effect until the 1980s, demanded higher standards, better facilities and greater dimensions of space. While plenty of mediocre housing was still created during this time, there are good examples of high-quality public housing created by talented architects and enlightened local authorities that provided improved housing conditions for residents across the social spectrum, which ultimately enriched the urban environment.

We share a passion for good social architecture and selected three London housing schemes we both admired but had not visited for decades to see if their former admiration was justified after a considerable passage of time, and whether the quality of design had sustained.

First, is Lillington Gardens in Pimlico, which was designed by the award-winning architects Darbourne and Darke between 1961 and 1971. The project garnered fame for its humane, high-density, medium-rise approach, in stark contrast to the many high-rise towers that were thrusting skywards at the time, and the incorporation of lush landscape, elevated pathways and private spaces.Second is Adelaide Road in Camden, which consists of eight three-storey housing blocks, built in 1977 by the Greater London Council. It was designed by Hamdi using the PSSHAK prefabrication system that allowed for internal flexibility within each unit that had been determined by the residents. The project was recently featured in an exhibition at the Victoria and Albert Museum.And, finally, Dawson’s Heights, a large development of approximately 300 units that sits prominently on a hilltop in East Dulwich, built between 1964 and 1972 and designed by Kate Mackintosh MBE, a Royal Institute of Architects award winner.

We have always admired these projects since they were built and, during the field trip, were both impressed (in Hamdi’s case relieved) to discover that all were still in excellent physical condition, were well maintained and appeared to serve their original purpose of providing high-quality accommodation with style, individuality and dignity for all their residents. Other public housing projects have fared less well. Some have been demolished (Saint Louis’ Pruitt-Igoe is perhaps the most notorious example), others heavily remodeled and some just allowed to age badly. Their contribution to the built environment is not positive.

While the three projects we chose are by no means the only successes of public housing from the mid-twentieth century, they are useful examples to review to see if there are common themes that are worthy of further reflection. Based upon our admittedly relatively cursory observations and subsequent discussions, what are the common factors shared by our three exemplars that have ensured their long-term success?

In their relative appearance, none of the projects exhibited a marked stylistic ideology, such as Le Corbusier’s Unite d’Habitation in Marseilles. All were just thoughtful, well-conceived designs created with the residents’ comfort and enjoyment in mind, but with individual design flourishes complementing rather than determining the overall appearance.

All were built with high-quality materials – typically well chosen brick – and incorporated individualistic architectural details such as keystones, lintels or flagstones; the paving stones at Adelaide Road have epigrams by the famous, including Spike Milligan, etched into them. More importantly, even though the buildings incorporate multiple units, all were designed with individual families in mind. Homes have private outdoor space where possible, with balconies or porches and well-defined front doors and private entries.

The buildings all eschew simple, monolithic blocks. They have depth in their facades created by recessed windows, balconies and articulated facades, which provide definition and visual interest to the elevations and overall building shapes. In all cases, there is roofline variation, whether the seasoned slate pitched roofs of Adelaide Road or the ‘ziggurat’ profile of Dawson’s Heights, giving the building masses an evocative feeling of an Italian hill town.

All projects are embellished with public spaces, gardens and landscaping, which soften and complement the buildings, especially as the planting has matured and flourished over the years. Lillington Gardens’ landscape is especially lush, while sculpture has been added to Adelaide Road’s shared public space.

Perhaps even more important than the design quality evident in the projects is the nature of management and ownership that has ensured their long-term durability and success. In each case, there is now a mix of public and private ownership, which blurs the distinction between renters and owners and ensures a collective sense of pride of residency. We were impressed by the lack of graffiti, the level of maintenance and the personal attention that many of the residents were paying to their gardens, private spaces and entrances to their homes.

This pride and a sense of ownership could be seen in all of the projects. Remarkably, one resident we talked to at Adelaide Road actually remembered, without prompting, the name of the architect (one of the authors). He would have been about eight years old at the time, and yet he recalled the thoughtful process of design that engaged him and his parents and had ever since taken a personal pride and even ownership in the history of his home (although he did also report some ventilation problems that he would still like Hamdi to fix).

The consistent quality of the design coupled, with the long-term care, commitment and pride exhibited by the residents and their respective local councils was evident in all three projects. All enhance and enrich their neighbourhoods and provide affordable, high quality living with style and care.

In a sea of housing solutions, both public and private, that range from the excellent to the execrable, these three projects are exemplars of fine, successful design that have stood the test of time. There are lessons to be learned for all new housing here. Engaging talented, thoughtful architects who care passionately about creating modest housing solutions is a key first step, especially if the architects are willing to challenge the conventions of standards designed to fit everyone in general, but nobody in particular.

If architects work sincerely with all stakeholders, respecting and accommodating differences and bringing sometimes-conflicting interests into convergence, the results will be immeasurably improved. Furthermore, a commitment to ownership, community engagement, especially where the latter are central to all phases of design, planning and ongoing maintenance, is equally important to ensure a consistently high-quality of residential architecture that meets the housing needs of the population while enriching the urban environment as a whole.

These issues are more important now than ever before. With a government seemingly ready to commit to new social housing programs, the role of housing increasingly present in discussions about life beyond Covid-19 and the grim shadow of Grenfell casting a long shadow on past failures, learning from the best of the past is long overdue. While privatisation, outsourcing and deregulation has led to a lack of accountability for some local authorities, architects need to take the initiative and expand the boundaries of their profession by aspiring not just to creating better houses but the building of the social capital of place and a sense of community that engenders a sense of belonging and care. Re-empowering communities both in design and management and the exploration of new forms of partnership are important to avoid past stereotypes of public housing and, of course, in demanding the highest quality design and the best possible materials to create domestically scaled solutions that integrate into, rather that isolate from, their neighborhoods.

Nabeel Hamdi and Bob Greenstreet, who met over 40 years ago while both teaching architecture in the United States, organized a field trip to revisit their favorite housing projects. Hamdi, a world renowned expert on housing and participatory design, once worked for the Greater London Council and created (with Nick Wilkinson) the innovative PSSHAK system of empowering residents to have the flexibility to determine their own living spaces. Greenstreet, a former Director of Design and Planning for the City of Milwaukee, observed firsthand the problems, pitfalls and successes of American public housing. 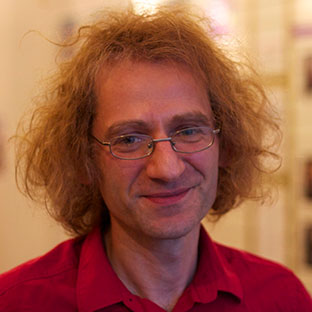