Inside stories of 21st–century diplomacy

So much of modern-day diplomacy still takes place behind closed doors and away from the cameras. But what does this vital role really look like in today’s world and what does it take to do it well?

From 2009 to 2014, Baroness Catherine Ashton was the EU’s first High Representative for Foreign Affairs and Security Policy. She faced the challenge of representing the views and values of 28 nations during one of the most turbulent periods in living memory. From Russia’s invasion of Crimea to the Iran nuclear negotiations, she faced the challenge of solving immediate problems while constantly asking ‘and then what’ and keeping long-term solution building at the heart of these conversations.

Here with the British diplomat Sir Robert Cooper, Catherine takes us inside the world of modern diplomacy, sharing the realities of long negotiations, hard-won triumphs, and conversations with far-reaching impact. While reflecting on the broader work and operations of the EU and Britain’s historic role in that, Catherine will also offer crucial insight into the political situation across Europe today.

Want to watch this event at RSA House?

For those wishing to gather with friends or colleagues to watch in-person, this event will be live-streamed on The Steps in The Coffee House on the day of the event from 13:00.

Join in the conversation #RSAdiplomacy 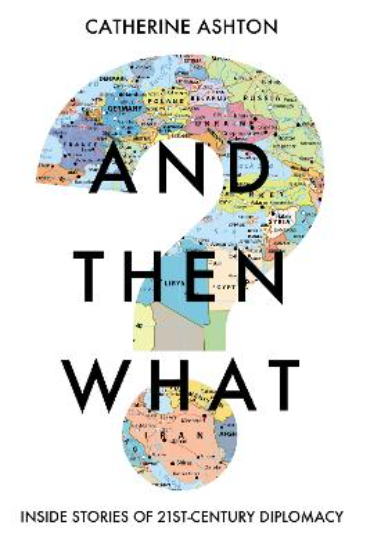 And Then What?: Inside Stories of 21st Century Diplomacy