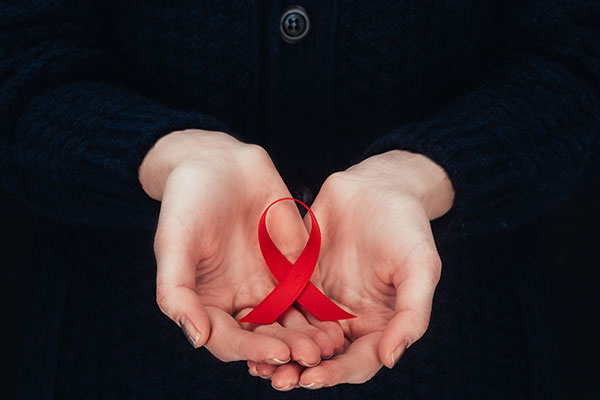 Join us on Friday 30 November to mark World AIDS Day, which takes place 1 December each year. Together, we'll continue to raise awareness of the current situation regarding HIV in the UK and to tackle the stigma that continues to surround the condition, building on the memories of those lost to the disease in the past 35 years and looking to the future.

As in many other parts of the world, HIV-related stigma and discrimination prevent many people in the UK from accessing the services they need.

The ‘UK Stigma Index 2015’, a survey of more than 1,500 people living with HIV in the UK, found that a considerable number of people in the UK still hold stigmatising attitudes towards those living with HIV. For example, around one in five people reported being excluded from family events because of their HIV status and 20% reported sexual rejection after disclosing HIV.

Furthermore, a 2014 survey among black Africans living with HIV reported that a third had been discriminated against because of their HIV status. Half of this number said they had been discriminated against by healthcare workers (including doctors, dentists and hospital staff), and as a result, many do not trust in the confidentiality of health services.

With this said, HIV is no longer a risk to most people in the UK if people are regularly tested and are on medication.  We will have a panel discussion exploring mandatory testing as a method of reducing stigma.

Come along and join the discussion: there will be networking from 6pm for a prompt 6:30pm start.

Bridging communities and histories in the UK, we are delighted to bring a line-up of speakers from Positive Allies, #AIDSMemoryUK, and Ripples from the Edge of Life, and feature a short film made by Yi  Xie  from China, a  Master’s student at Northampton University, on HIV/AIDS stigma in the U.K.

Isabel de Vasconcellos is chairing the evening. Isabel is a curator and writer based in London. She is on the advisory board of the #AIDSMemoryUK Campaign and soon to be a trustee. Her book Fourth Plinth: How London Created the Smallest Sculpture Park in the World, is published by Art / Books.

Drew Dalton is a Sociologist and Senior Lecturer at the University of Sunderland, he has spent over a decade working within HIV support and campaigns. Drew is the founder of Thrive NE, an HIV organisation within the North East, and he was Chair of the organisation for three years as well as a volunteer for Body Positive North East. Drew continues his research into living with HIV in the UK today and has published work around the life histories of people living with HIV as well as the effects of austerity on HIV organisations. He is the founder of 'Positive Allies' - the world's first charter mark for UK based organisations, to tackle HIV stigma within employment.

Also joining us is Roland Chesters, trainer and disability consultant, author of Ripples from the Edge of Life, and curator Ash Kotak, who leads #AIDSMemoryUK, the campaign to establish a National tribute to HIV and AIDS in the UK.

If you have any questions, any access requirements, or require any reasonable adjustments, please get in touch with the RSA London team: networks@rsa.org.uk. Please also let us know if you have any severe allergies or dietary requirements.

If you have any questions about the details, please contact Roland Chesters FRSA (roland.chesters@luminate.uk.com).

This event is co-supported by the RSA LGBT Creative and Cultural Network, and the RSA Health, Care and Wellbeing Network.