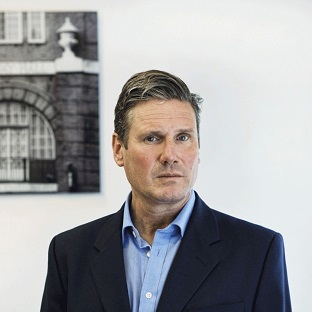 Keir Starmer has been MP for Holborn and St Pancras since 2015. He is a candidate for Leader of the Labour Party in the 2020 leadership election.

After qualifying for the bar, he acted exclusively as a defence lawyer specialising in human rights issues. In 2008, he was appointed Director of Public Prosecutions and Head of the Crown Prosecution Service (CPS), holding the role until 2013. He was appointed Queen's Counsel (QC) in 2002 and Knight Commander of the Order of the Bath (KCB) in the 2014 New Year Honours. He was sworn in as a Privy Councillor in 2017.