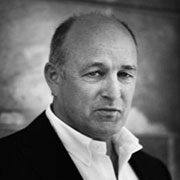 Paul de Quincey joined the British Council as an English Language consultant in 1981 after graduating from Leeds University (BA, MA, Cert. Ed) and  working as a teacher of English in Nigeria and the UK.

Since 1981 his career has taken him to South Korea, Algeria, Czechoslovakia, Venezuela, UK, France, Czech Republic and Russia where he is now Director (and also Cultural Counsellor at the British Embassy).

In the UK, Paul was Director Grant-Funded Services (responsible for all of the government grant), while in the Czech Republic he had oversight of the organisation’s work in Russia and twelve countries in the Nordics, Baltics and Central Europe.