The top-down, bureaucratic model of traditional nursing has led to low quality of care and widespread worker dissatisfaction, stemming from a lack of autonomy and an inability to spend time personalising care to patients’ needs.

Buurtzorg has pioneered a concept of community health nursing based on self-organising teams of healthcare workers. Buurtzorg works without hierarchical management structure but with network of small teams, supported by a smart IT system and a back-office function. This model creates happier workplaces and provides better care for lower costs.

Buurtzorg has 14,000 workers in Netherlands. Client satisfaction rates are the highest of any healthcare organisation. And staff commitment and contentedness are reflected in the fact Buurtzorg has been awarded the title of Best Employer in 4 out of the last 5 years (Effectory Beste Werkgevers Awards).

Buurtzorg has transformed community healthcare in the Netherlands. All over the world the Buurtzorg concept has been introduced in 25 countries, including in the UK. ​In 2014 founder Jos De Blok was awarded the RSA Albert Medal in 2014, which acknowledges leaders in social change. 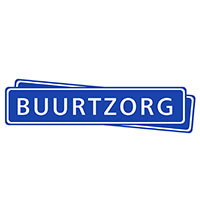