Hundreds of thousands of seasonal migrant workers are recruited to work in the US each year in the country’s lowest-paid, most high-risk jobs. Developed by Centro de los Derechos del Migrante, Inc. (CDM), a transnational workers’ rights centre based in Mexico, Contratados.org is the first worker voice platform tailored to the needs and interests of seasonal migrant workers.

While the platform has been called a “Yelp” or “Glassdoor” for workers, it offers workers much greater support than similar technologies. Unlike these platforms, Contratados.org takes a holistic approach to migrant worker’s rights through pre-departure education, legal services, and policy advocacy.

Since launching in 2014, Contratados.org has gained nearly half a million users. The platform’s success has raised visibility for CDM’s other services, helping at least 200 workers avoid fraudulent recruitment in the past 2 years, a niche area of expertise.

The model is being replicated elsewhere in the world. CDM have already piloted a project in Turkey, helping a local workers’ rights organisation launch a similar platform adapted for Syrian refugees in the textile industry. 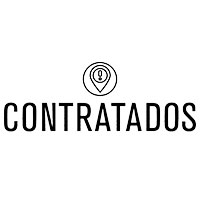